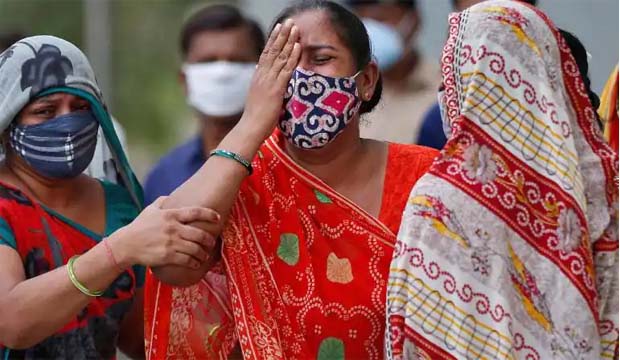 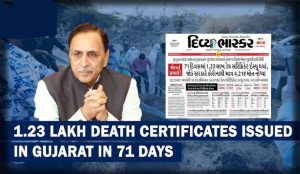 The Gujarat government has issued 1.23 lakh death certificates during March 1-May 10 period in 2021 in contrast to 58 thousand issued in 2020 during the same period. The report was published by a local daily Divya Bhaskar.

In a twitter thread translated by journalist Deepak Patel from Gujarati to English, the daily reported though the figures had doubled from last year, the state government data noted only 4,218 Covid deaths between March 1 and May 10.

The Gujarat government, however, said that it was improper to say that the state is hiding the data of deaths.

“To say that the Gujarat government is hiding data of deaths is improper,” state Home Minister Pradipsinh Jadeja was quoted by ANI news agency.

Patel, also highlighted district-wise numbers of death certificates issued in the March 1 to May 10 period in 2021, which were much higher than the official COVID-19 toll.

In Rajkot, 10,878 death certificates were issued in the 71-day period in 2021. However, according to government data, only 288 died due to the coronavirus during that time, Divya Bhaskar reported.

The local daily Divya Bhaskar has been pointing out fallacies in state government claims related to COVID-19. In April, the paper published phone number of the state BJP chief on its front page demanding how he got his hands on 5,000 vials of Remdesivir.