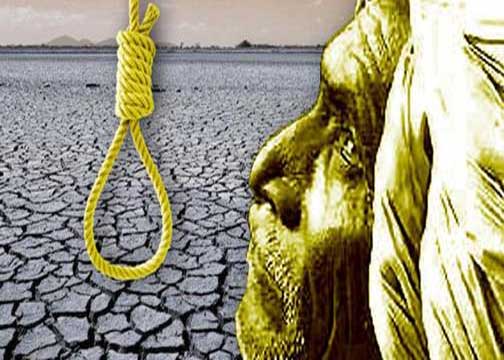 The numbers have shown dip as compared to the number of suicide cases in 2015 when 12,602 cases were reported from the farming sector.

New Delhi: A total of 11,379 people engaged in the farming sector committed suicide in the year 2016. The deceased included 6,270 farmers and 5,109 agricultural labourers and the suicides in farming sector comprised 8.7 per cent of the total suicides 1,31,008 in the country, a report in the ‘Accidental Deaths & Suicides in India’ (ADSI-2016) has revealed.

The numbers have shown dip as compared to the number of suicide cases in 2015 when 12,602 cases were reported from the farming sector which included 8,007 farmers and 4,595 agricultural labourers.

ADSI report is an annual record of accidental deaths and suicides in the country in a calendar year. It is published by the National Crime Records Bureau (NCRB) under the Ministry of Home Affairs and the last such report for the year 2015 was released in 2016. The latest report for the year 2016 has come after the ministry and NCRB received criticism over the delay in releasing the statistics. The NCRB had also released the Crime in India report (also an annual publication on crime statistics) for the year 2017 last month, almost two years after the previous such report was released. Among states, Maharashtra, which witnesses significant variations in rains especially in the Vidarbha region and is prone to frequent droughts, recorded the highest suicides among farmers and agricultural labourers at 3,661, followed by Karnataka at 2,079, and Madhya Pradesh at 1,321. States and union territories (UTs) such as West Bengal, Bihar, Nagaland, Chandigarh, Dadra & Nagar Haveli, Daman & Diu, Delhi and Lakshadweep reported zero suicides of farmers as well as agricultural labourers, the report said.