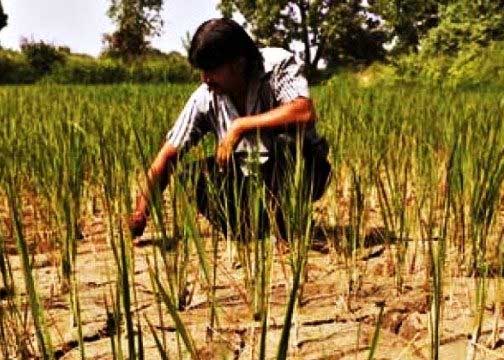 Maharashtra continues to account for the highest number of farmer suicides in the country with 3,661 in 2016.

A farmer removes dried plants from his parched paddy field on the outskirts of Ahmedabad.

New Delhi: The Ministry of Home Affairs (MHA) has confirmed, in the National Crime Records Bureau’s accidental deaths and suicides in India report released on Friday, that 11,379 farmers died by suicide in India in 2016. This translates into 948 suicides every month, or 31 suicides every day.

In July 2018, the government had told the Lok Sabha that 11,370 farmers committed suicide in India in 2016. But, it had said that the data was provisional and the NCRB was yet to release a final report. That final report of accidental deaths and suicides in India has now been released. It was last released in 2015. The number of farmer suicides has shown a decline as per government data, coming down to 11,379 in 2016 from 12,360 in 2014 and 12,602 in 2015. For 2016, the NCRB has not released information for the cause of farmer suicides.

Visakhapatnam: 29 People Killed in Industrial Accidents in Past 3 Months