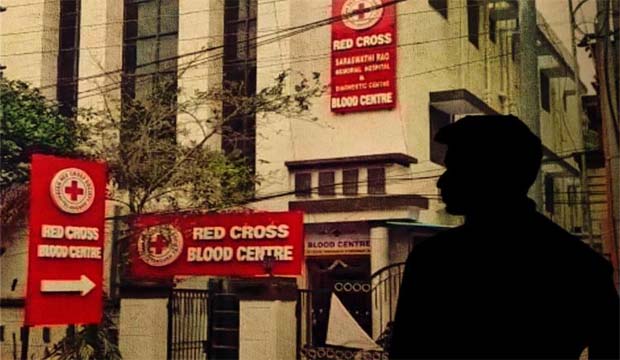 Documents with the child’s father show that the 3-year-old has always received blood transfusion at the same centre, contrary to the blood bank’s claims.

On July 20, B Shiva was informed that his three-and-a-half-year-old son, a thalassemia patient, had tested positive for Human Immunodeficiency Virus (HIV). Shiva’s son tested HIV positive despite Shiva and his wife testing negative, which means his son could have possibly got infected at the blood bank in Hyderabad wherein he gets blood transfusion done every 15 days. The blood bank has denied any negligence on their part, claiming the family had not come to their centre for transfusions for a few months in between, suggesting he could have been infected with the virus elsewhere. However, documents accessed by TNM suggest that the blood bank could be trying to cover up their negligence.

Shiva, who stays in Rampally village in Rangareddy district of Telangana and works in a scrap shop, takes his son to the blood bank in Hyderabad’s Adikmet, run by the Indian Red Cross Society, for blood transfusion every 15 days. On July 20, when Shiva brought his son to the centre for blood transfusion, the blood bank handed him a report which said his son had tested positive for HIV. Shaken, Shiva decided to get two more tests done — one at a private diagnostic centre and another at Niloufer hospital. Both tests showed the same result. Shiva and his wife tested negative for HIV while his son’s result turned out to be positive.

However, Shiva has maintained a record of all the times they visited the blood bank, with the date and the signature of the doctor. “We have submitted this as proof to the police. The blood bank has submitted a fake document claiming we didn’t visit for a few months in between. They are trying to wash their hands off this case to clear their name. How can they do this to a small child and try to get away?” asks Shiva. 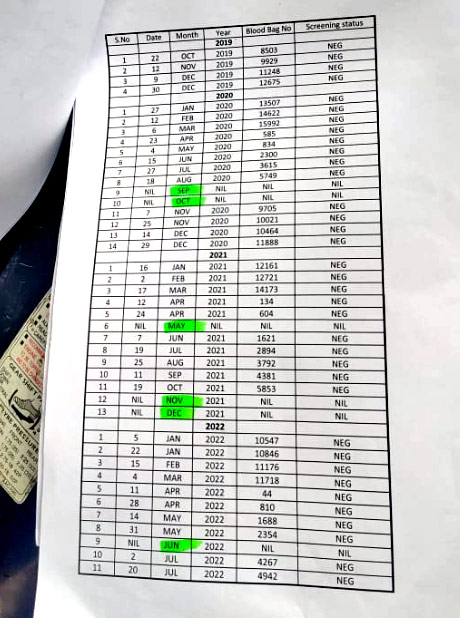 However, Shiva has records that show the dates of every visit, along with his son’s haemoglobin level, medicines suggested by the doctors, and the signature of the doctor. The notebook has proof that the patient had visited the doctor at the same blood bank even during the months that the blood bank claims they had missed. 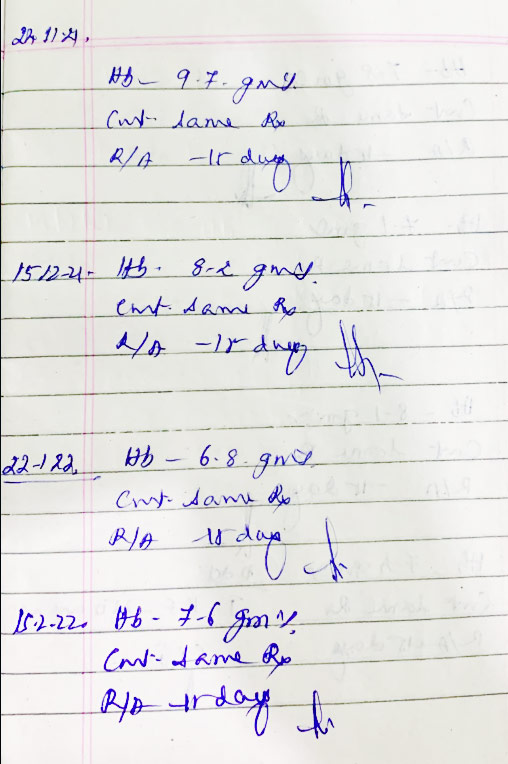 TNM tried multiple times to reach out to the doctor who treated Shiva’s son at the blood bank, but the doctor did not respond or revert to our calls.

The police have booked a case under section 338 (Causing grievous injury by endangering life) against the blood bank run by the Indian Red Cross Society. Speaking to TNM, Nallakunta Sub Inspector B Shiva Shankar who is investigating the case said, “We have booked a case and investigation is underway. We have asked the blood bank to submit all details about the donors who have donated blood and also to furnish all records. In a day or two, they will submit all the details.” As it is a medical case, the police will also seek suggestions from the Medical Board.

Thalassemia is a blood disorder involving lower-than-normal amounts of an oxygen-carrying protein (haemoglobin) and fewer red blood cells in the body than normal. The symptoms of Thalassemia include fatigue, weakness, paleness and slow growth. While the mild forms of the disorder may not need treatment, severe cases require blood transfusions or a donor stem-cell transplant.

After successive tests showed the same result, Shiva decided to lodge a complaint with the Nallakunta Police Station. “We are hoping that justice will prevail. My son’s life has now been ruined. Our fight is to ensure that such negligence doesn’t force anyone else to be in the same situation that we are in today,” added Shiva.

Caste in the USA, Episode 2: Dalit technologist Sam Cornelius on...

Pulayathara: A Dalit Man’s Quest for Home and Love