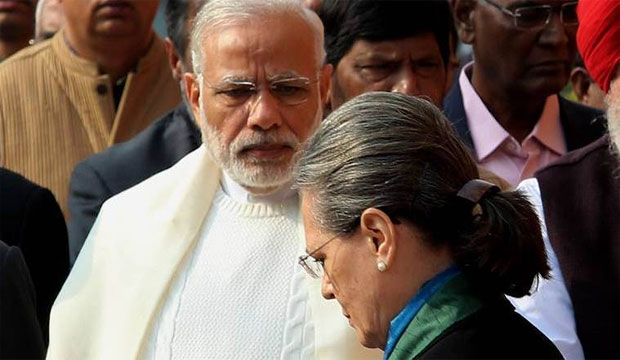 In Opposition, non-BJP parties have been lazy in not responding politically at all. It took two full months for the UPA and some other non-BJP parties even to think of talking formally to each other.

The past two months have thrown up an incongruous image of the politician and the political party. They are the wielders of power, they talk of the “people”, but betray an instinctive choice of “law and order” and a techno-bureaucratic idea of governance. Most parties have been on a holiday. Politics was never a dirtier word than it is today. At best, it is the season of social work or “constructive criticism”. Except for some moral indignation uttered on social media, most “Opposition” parties have remained both clueless and pathetically silent in the midst of this unprecedented crisis which is only worsened by callous policy and a bureaucratic cobweb of regulations.

Where they are ruling in a state, non-BJP parties have made the usual noises about discrimination and neglect by the Centre. But unlike the Left Front in Kerala, they have rarely come up with a robust alternative route to governance. In Opposition, non-BJP parties have been lazy in not responding politically at all. It took two full months for the UPA and some other non-BJP parties even to think of talking formally to each other. Even that meeting is marked by the absence of the BSP, SP and AAP.

While the Congress finally took the initiative in calling the non-BJP party meet, the “grand old party” has been in the forefront of the syndrome of non-political wait and watch. The Congress has manifested its usual indecision, lethargy and incomprehension in its response. It has been wary of being seen to be opposing the government. This may be partly due to the pressure of public perception. But one suspects that the party itself subscribes to the idea that moments of crisis are moments of non-political and non-contested governmental authority. Another problem for the Congress is that it is a ruling party in some states where its governments are happily using all the powers that the lockdown has extended to governments. In its approach to governance and politics, the Congress fails to distinguish itself from the BJP.

The biggest worry for the Congress, however, is its indecision over how much to cater to the middle classes. This is a genuine dilemma. The middle classes control public discourse. The Congress keeps hoping that by talking the language of governance it can woo the middle classes. Hence, it took two months to take up the issue of the suffering of the vulnerable sections and migrants. And when it did, it was not sure who leads the party and what other party stalwarts are supposed to be doing.

Yet, there are two elements in the latest Congress approach that indicate the return of politics at last. One is the decision to focus on migrant labour and their plight. Though it decided to take this line eight weeks too late, this emphasis allows the party to sharply contrast itself to what the government did or did not do. If the Congress were to sustain this, the party would be moving towards a social coalition of the lower half of society that it has for some time shied away from.

The second element — very weak for the moment — is the political action such an approach will require. Over the past few weeks, thousands of helpless workers have been struggling to reach their homes. This has been chronicled mainly through valiant journalism. It is a shame that such a gigantic tragedy and human suffering has not stirred the politicians out of their comfort zones. Rahul Gandhi’s nominal outing may just symbolise what the political actors need to be doing. Unless party workers hit the roads, talk with suffering workers, walk with them, they will not realise that taking a stand also means mixing with the people. What Rahul Gandhi did the other day was hugely inadequate and far too late and yet, very important — a message to (his) party workers that politics needs to resume in its core sense — connecting with the people. If leaders of state parties were also to take a cue, an opening up of the political arena might be facilitated in these times of political quiet. Given the fact that many state parties have more active cadres locally than the Congress, much of the political action and agenda setting will depend on state parties.

On its part, the BJP, too, is caught in the trap of regulation and denial. Its inadequate political response to the pandemic has been three-fold. First, it hoped that Modi magic will turn the virus away. If one listens again to the first speech by Narendra Modi (March 19) when he announced a day-long Janata curfew, one would be aghast about the naiveté publicised by it. But it is also about the collective willingness to believe in the impossible. The claim that a 14-hour-long curfew, and then, a 21-day lockdown will break the “chain”, constituted the BJP’s initial response (the lockdown did break many a life chain, but the claim was about chains of infection). The BJP went about doing what it does best: Turn everything into an event feeding into pseudo-nationalist sentiment. Thus, outworn clichés about national pride, war, etc kept circulating.

Cut to the PM’s latest speech on May 12 indicating the second and third response. That speech was significant for its careful underplaying of the COVID issue and its frantic effort to divert attention to India’s glorious future by adopting an “atmanirbhar” approach. Suddenly, COVID was a non-issue and India’s march to power was the issue. The third stage of the BJP’s response followed immediately – and was, in fact, included in that speech. It consisted of a combination of claims of massive financial relief package and “reforms”.

After two difficult months of lockdown, India stands humbled — by the virus, but more than that, by the treatment meted out to its most vulnerable sections; humbled, also, by the fact that a large lower stratum of so-called middle classes will have lost its source of livelihood. At a moment when governments needed to be more deliberative, we have a government beset with uncontrollably delusional self-belief. When governance needed to be more responsive and democratic, we celebrate the culture of obedience, inculcate bureaucratic authoritarianism and are happy with platitudes.

Resumption of democratic contestation is a must. Our main challenge is to revive and build politics. If at this historic moment Opposition parties truly engage in politics, they would be ensuring a possibility of a political response to the pandemic. Politics alone can be survival therapy for democracy — perhaps in doing that Opposition parties would be ensuring their own survival too.

How Palestinian women successfully defended their village from demolition