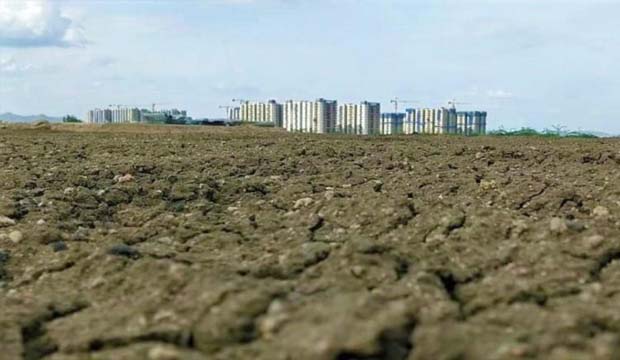 The move comes after the High Court recently directed the government to continue work in Amaravati and file an affidavit on the progress in six months.

The Andhra Pradesh Capital Region Development Authority (CRDA) is putting up 248.30 acres of land for auction in Amaravati to raise close to Rs 2,500 crore for taking up development works in the state’s capital city, in line with a recent High Court order. Chief Minister Y S Jagan Mohan Reddy, during a review meeting of the state Municipal Administration and Urban Development (MAUD) Department here recently, gave the go-ahead for the land auction to raise required resources for the capital development, top official sources said.

The CRDA had in 2016 allotted over 100 acres of land in Amaravati to B R Shetty Group for setting up a Medicity and another 148.28 acres to Indo-UK Institute of Health for establishing the King’s Medical College and Hospital. As the allotments were cancelled after Jagan assumed power in May 2019, these lands were lying vacant.

The Andhra Pradesh High Court on March 3 delivered a judgement directing the government and CRDA to continue with development work in state capital Amaravati and file an affidavit on the progress in six months. The HC also ordered the government to honour the agreement signed with farmers, who parted with their lands for establishing the state capital in Amaravati, and take up development activities.

“We are now putting up this 248.304 acres of land parcel for auction in July to raise financial resources for capital city development in line with the High Court verdict of March 3. Each acre could fetch about Rs 10 crore,” a top official of the MAUD Department said.

Auctioning of land to raise money was part of the Financial Plan drafted by the previous government, the official pointed out. The MAUD Department issued a Government Order related to the auction of 248.304 acres. The CRDA has also drawn up a plan to sell another 600 acres of land in Amaravati at an estimated price of Rs 10 crore per acre.

The CRDA is seeking to immediately raise a loan of Rs 3,500 crore from banks to finance the capital city development works (trunk and land pooling scheme infrastructure) and sought state government guarantee. The state government made it clear that it “cannot extend guarantee” if the proposals required budgetary support for loan servicing.

The CRDA is seeking to borrow Rs 3,500 crore from a consortium of banks comprising Bank of Baroda, Bank of India, Union Bank of India, Canara Bank and ICICI Bank. “We are waiting for the state government guarantee to get the loan proposals cleared by the banks. We are soon filing an application with ICICI Bank for a Rs 40 crore loan,” the official said. The CRDA would auction the land parcels in Amaravati to raise money for repaying the loan.

In Lockdown4, Karnataka Bans Entry Of People From 4 States Till...