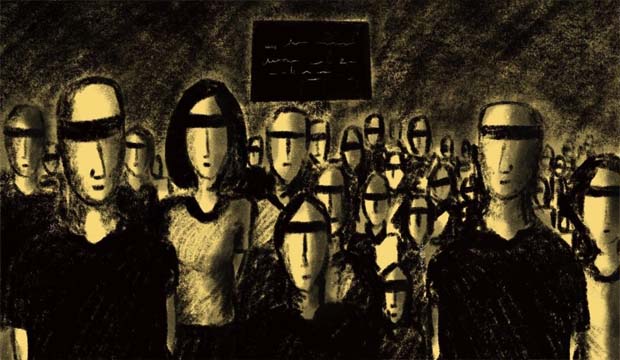 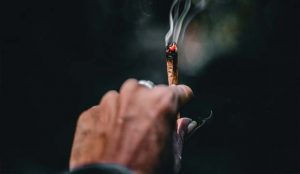 On the one hand is a manufactured paranoia about ‘drug use’ and on the other is Aryan’s father Shahrukh’s mass appeal which offers a powerful idea of Indian Muslimness.

Today living in India gives one a feeling of being both spectator and dramatis personae of a dark, menacing theatre of violence.

Much of its grotesqueness is exaggerated by the fact that state agencies and their ‘rule of law’ are actively aiding and committing the worst excesses against the weakest and most vulnerable Indian citizens.

The recent barbaric ‘terror attack’ on protesting farmers in Lakhimpur Kheri by a Union minister’s son and the continuing illegal incarceration of young activists like Sharjeel Imam and Umar Khalid under draconian anti-terrorism laws show how a dark bewitchment is blinding us to what terror means and who its perpetrators are.

Even as many in the political opposition and various civil society groups are continuing to demand accountability from the Union and state governments, there is also a sickening wave of endorsement of state terror across large sections of social and electronic media. The message being transmitted is loud and clear — any opposition to the government, overt or covert, will first be invented as an inexcusable political/moral transgression, for example, as terrorism and then punished in an exemplary fashion, all flush under the smooth visage of legal procedurality.

It is hardly ironical that the recent replay of this collective narcosis involves the Narcotics Control Bureau (NCB), a government department that has been let loose on Bollywood after the sympathisers of the Bhartiya Janata Party instrumentalised the tragic suicide of actor Sushant Singh Rajput in June 2020.

In the immediate event of Rajput’s death, it came to light that the actor suffered from mental illness, and used marijuana for recreational purposes. While the more pressing and serious issue of mental illness was completely glossed over in the public discourse over the actor’s death, marijuana use was blown up and used as a central hook to arrest 34 people, including his partner and actress Rhea Chakraborty and her brother Showick.

The Chakraborty siblings were arrested by the NCB and kept in jail for over one month, on the accusation of procuring drugs for Rajput. Their WhatsApp chats were scanned and leaked to various news outlets as evidence of their alleged involvement with drug traffickers. However, finally, in the absence of any concrete evidence, they were released on bail.

Since then several Bollywood actors, especially those who have refused to toe the Union government’s line – for instance, Deepika Padukone who visited the JNU campus to extend solidarity to students brutalised by masked attackers – have been called in for questioning by the NCB. Incidentally, no arrests have been made in the JNU case, even though the identity of the masked attackers, affiliated to the youth wing of the BJP, has become publicly known.

The most recent in this line of vindictive arrests by the NCB are three young people – Aryan Khan (23), Arbaaz Merchant (26) and Munmun Dhamecha (29). These arrests were made during a raid conducted by the NCB on a cruise ship where no drugs were found in Aryan Khan’s possession, nor was he found consuming or selling any illegal substances. A small, non-commercial quantity of weed, however, was recovered from his friend Arbaaz Merchant.

In the absence of any charges of possession, consumption or trafficking that can be brought against Khan under the Narcotic Drugs and Psychotropic Substances Act (NDPS Act), the NCB has argued to keep him in jail on the grounds of “conscious consumption”. A concept that finds no mention even within the NDPS Act. The NCB argues that Khan should be held vicariously liable for weed possessed by his friend. Just two days ago his bail application was rejected for the second time.

Aryan is the son of Bollywood superstar Shahrukh Khan, who has been repeatedly targeted by Hindutva forces in the past few years. This is not only because Shahrukh has refrained from enthusiastically endorsing the Hindu majoritarian leadership of Narendra Modi unlike several of his colleagues; but also, because the intergenerational mass appeal of his stardom produces a powerful idea of Indian Muslimness that is deeply threatening to the Hindu Right.

In her moving tribute to Shahrukh Khan, filmmaker Paromita Vohra speaks of the concept of “Mehmaan Nawaazi” or making a guest feel at ease as being integral to Shahrukh Khan’s star appeal. She notes that it is only when you feel at home with yourself and in your world can you make others feel warm and welcome.

This endearing, intelligent, loving Muslim host goes against the Hindutva propaganda of the foreigner, invader, brute Muslim, who must be shown his place as the ‘other’ and an ‘outsider’. Such is the infectious power of Shahrukh’s on and off-screen persona that since the arrest of his son on October 2, millions of messages of support, love and prayers have flooded social media, petitions signed by thousands demanding justice for Aryan are doing the rounds, fans have left declarations of their affection outside his residence, and most recently Outlook has dedicated an entire issue to the star.

While it is obvious why Aryan Khan is being targeted, it is also important to place this manufactured paranoia about ‘drug use’ in its proper context. Currently being used as a technique to mark, malign, isolate and attack individuals, the accusation of consumption of ganja/weed cannot be collapsed with harmful chemical drugs like heroin or methamphetamine.

Legal and in wide consumption till 1984, cannabis continues to be used in various therapeutic preparations for relief against anxiety, inflammation, pain and insomnia.

Further, it is nothing short of black humour that those who claim to be the gatekeepers of ‘authentic’ Brahminical Indianness should reinforce the criminalisation of weed, a substance that finds a glowing mention in almost all Vedic texts and ayurvedic treatise, including the Atharva Veda and the Sushruta Samhita.

It was only after the United States of America took a hard position on marijuana use in the United Nations Convention on narcotic substances in 1961 that India, a signatory of the treaty, was given a period of 25 years to regulate marijuana usage within its borders. However, since the by-products of the marijuana plant like bhang have a social significance in Hindu festivals like Holi, India agreed to criminalise only the bud of the marijuana plant, and not its leaves or seeds.

To know that less than four decades ago marijuana consumption was not criminal, and the recent criminalisation of the plant is a result of global power imbalances that can keep us from getting consumed by the sinister malice that is being targeted at inconvenient individuals by the current dispensation.

Why criminalising drug use doesn’t work

Further, it may also be useful to note that within the gamut of strategies used to tackle serious drug abuse, decriminalisation has proven to be far more effective than crackdowns and incarcerations.

The most striking amongst these is the story of Portugal. In the 1990s, Portugal was in the clutches of widespread heroin addiction. Large parts of the population, including young students and professionals, were addicted to the drug, which also caused a huge spike in the number of HIV infections, the highest at the time within Europe.

For nearly two decades, Portugal tried the American approach of stricter laws, more arrests and harsher charges. This led to a huge increase in an addiction-inflicted inmate population, but had little effect on the disastrous growth of the addiction epidemic itself.

It was only in 2001 that Portugal made a radical about-turn and decriminalised the consumption of all drugs. This led to a paradigm shift from thinking of drug abuse as criminal activity to a medical condition that needs help.

Within the span of a few years, drug abuse-related deaths, HIV infections and addiction-enabled street violence fell much lower than the European average and have remained so. The United States, on the other hand, continues to struggle with what has been described as an ‘opioid epidemic’ and rising rates of drug abuse, in spite of harsher laws and criminal procedures.

Finally, it is only in an ethos of mutual care, intelligent and capacious love, and radical acceptance that we can hope to ‘de-addict’ ourselves from the vicious poison of majoritarianism. Perhaps it would be a good idea to begin by self-medicating with some Shahrukh Khan films.

Backed by Nationalised Banks, How Ramdev’s Patanjali got Rich Through Ruchi...