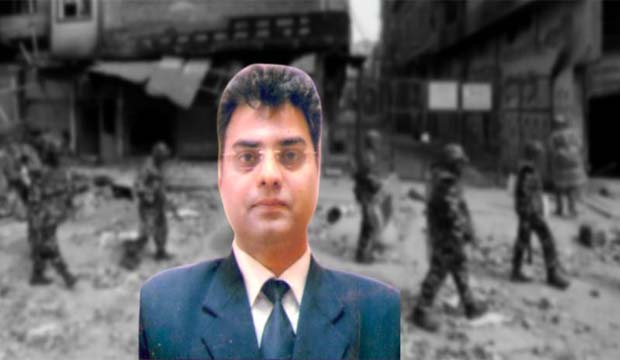 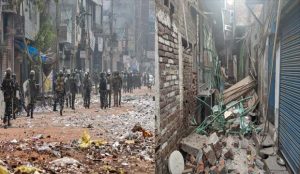 On more than one occasion, ASJ Yadav hauled up police across ranks over bad practice, lackadaisical probe, inordinate delays in filing FIRs, malicious clubbing of FIRs, and other failures.

New Delhi: A city court judge who had come down heavily on Delhi Police’s investigation into the 2020 riots is among 11 judicial officers who were transferred by a Delhi high court order on October 6.

LiveLaw has reported that seven metropolitan magistrates and four additional sessions judges were transferred. Additional sessions judge Vinod Yadav, who had been hearing Delhi riots cases in the Karkardooma Court has been transferred to the Rouse Avenue Courts as Special Judge (PC Act) (CBI). In his place, Judge Virender Bhatt, whom ASJ Yadav is replacing, will come in.

Hearing the Delhi riots cases, ASJ Yadav had made observations that lent credence to civil society’s claims of the Delhi Police leading a partisan investigation into the communal violence. On more than one occasion, had Yadav hauled up the police across ranks over bad practice, a lackadaisical probe, inordinate delays in filing FIRs, malicious clubbing of FIRs, and other failures.

The Wire has reported on the particulars of the occasions on which ASJ Yadav made his remarks and the cases in which he made them.

The judge said that he was unable to comprehend how an incident that took place on February 24 can be clubbed with the incident which occurred on February 25 unless and until there is clear evidence that the same rioters were operating on both dates.

ASJ Yadav remarked that it was “beyond comprehension” that the prosecuting authority had taken witness statements recorded under FIR 86/2020 and applied them to the case being heard (pursuant to FIR 90/2020).

The ASJ went on to say that, “…[A]fter filing the half-baked chargesheets in court, police hardly bother about taking the investigation to a logical end”.

The court noted that the case in question was a “glaring example” of the officers’ negligence considering the victims in the case were police personnel themselves.

The judge, notably, also imposed a fine of Rs 25,000 on the Bhajanpura police station’s station house officer and his supervising officers and noted that “police have miserably failed in their statutory duties” in the case.

The Delhi court also says that police has sought to create a “defence for the accused persons named in Nasir’s complaint”.

The investigation in case FIR No.64/2020 “has been done in a most casual, callous and farcical manner,” the judge famously noted.

Later in the month, the Delhi high court stayed the imposition of Rs 25,000 costs on the police but refused to interfere with the trial court’s strictures against its investigation.

“I do not find any substance in the present petition filed by the State. The investigating agency has evidently been found to be on the wrong side of law. This Court has found in several cases of riots in the entire length and breadth of police stations in north-east Delhi that there was complete lack of supervision of the investigation(s) by the senior police officers of the District,” ASJ Yadav noted.

Judge Yadav said, “The instant applications are completely bereft of the reason(s), prompting the senior police officer(s) to take a decision to move such application(s). For want of material/reason(s) in respect of the applications in question, this Court is at a loss to consider the grant of prayer(s) in these applications.”

“It is really strange that the complaint with regard to burning of house of respondent no 1 (Ali) was clubbed with the complaint of one Naresh Chand, being case FIR No 72/2020, PS Karawal Nagar and later on the respondent no 1 was arrested in the same matter, meaning thereby that he is not only complainant in the matter, but also an accused, which is an apparent absurdity,” the court had said on March 26.

The judge was hearing the bail application of Ashish Kumar, who is accused of being part of a “riotous mob” which attacked and killed two Muslim men. The judge observed that the accused could threaten or intimidate witnesses if released,

The judge also said that the number and nature of injuries received by Suleman speaks volumes about the “intensity of [the] dastardly act” committed by the mob.

He said: “It is very obfuscatory that a Muslim boy would become part of an ‘unlawful assembly’ which mostly consisted of members of the Hindu community, the common object whereof was to cause maximum damage to the property, life and limb(s) of the other community. So, prima facie, the applicant (Aarif) cannot be said to be part of ‘unlawful assembly’ or share ‘common object’ with them on the date of incident.”

‘How Would Jatin Breathe?’: A Revolutionary’s Account of the Torture Faced...

Harsh Mander: With the Ayodhya ceremony, has the inclusive India of...