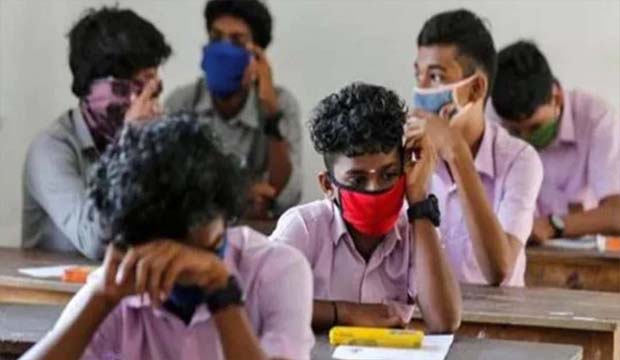 Parents are very keen for schools to reopen, as they are aware of the falling learning outcomes over the last year and a half. 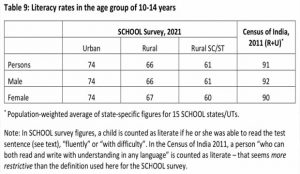 New Delhi: A study conducted on about 1,400 school students (between Grades 1 and 8) from underprivileged backgrounds has highlighted just how big a hit their education has taken since last year, when schools were closed due to the coronavirus pandemic. In rural areas, the study found that only 8% of the children were attending online classes.

It has now been 17 months – more than 500 days – since schools in India closed down and all teaching was supposedly moved online. Though some states have begun to open schools again in a phased manner since September 1, a full reopening hasn’t occurred yet.

Anecdotal reports from across the country during this period have shown how this has adversely affected children – particularly the already marginalised – and been an economic burden on parents who have to arrange smartphones or laptops and stable internet connections.

Now, the survey conducted and report released by economists Jean Dreze and Reetika Khera, researcher Vipul Paikra and several volunteers has tried to consolidate information on just how much learning has been lost, and what the impact on school children has been.

Of the 1,400 underprivileged children surveyed, 60% belonged to SC/ST communities and 60% were living in rural areas.

What was even more alarming, the researchers found, was that in a simple reading test conducted on students, “nearly half of all children in the sample were unable to read more than a few words”.

“Most parents feel that their child’s reading and writing abilities have gone down during the lockout. They are desperately waiting for schools to reopen. Indeed, for many of them, school education is the only hope that their children will have a better life than their own,” the report has found.

Lack of access to the proper tools required for online learning was one of the big impediments to keeping up with studies, the report has found. Only 51% of the rural households surveyed had a smartphone at all – and only 8% of the children in rural areas had attended regular classes. In urban areas this number was slightly better but still not great – 77% lived in a household with a smartphone and 24% attended their online classes regularly.

Simply having a smartphone, these numbers show, does not immediately mean that children are able to attend their classes. For instance, 30% of children in urban areas and 36% in rural areas did not have their own smartphone and instead shared with other family members – so they couldn’t use the phones at all times. In addition, 43% of the students in rural areas who had access to smartphones but yet were not studying said that their schools were not providing regular online content to study from.

Even for those who have been keeping up with online classes, parents are not happy with learning outcomes over the last year. “Only a small minority of parents are satisfied with their child’s online study material. …two thirds of urban parents with online children feel that their child’s reading and writing abilities have declined during the lockout,” the report says. In a startling revelation, 65% of parents in urban areas and 70% in rural areas, with children who were able to attend online classes, believe that their children’s reading skills have decreased over the last year and a half.

For children who do not have access to online education, the researchers found, there was little evidence of any learning at all. “A large majority are either not studying at all, or just studying on their own at home from time to time. In rural areas, nearly half of the offline children were not studying at all at the time of the survey.”

A few states, the researchers found, have made some attempt to try and keep this “offline” children engaged – but even their efforts appear to be falling short:

“In many states (including Assam, Bihar, Jharkhand and Uttar Pradesh), virtually nothing has been done to help offline children to continue studying in one way or another during the lockout. In other states (e.g. Karnataka, Maharashtra, Punjab and Rajasthan), some efforts have been made, for instance by giving “worksheets” to offline children by way of homework, or by instructing teachers to visit parents’ homes from time to time for advice. Most of these efforts, however, are far from satisfactory, judging not only from the testimonies of parents and children, but also from the fact that children’s reading and writing abilities have been in freefall during the lockout (see below). The youngest children, e.g. in Grades 1 and 2, have been especially deprived of support.”

Another serious issue for the parents and children was the discontinuation of the midday meal in government schools. This meal served as an incentive for children from underprivileged backgrounds to attend school, and also ensured that they ate a nutritious meal. While students were entitled to receive some food at home instead, most surveyed parents complained that the quantity was a lot less. Twenty percent of students in urban areas and 14% in rural areas said they had received no compensation in place of the midday meal at all.

The simple reading test conducted on students supported what parents had said – that children’s reading skills may indeed have deteriorated over the last year and a half. “…about half of the children currently enrolled in Grades 3-5 were unable to read more than a few words. In rural areas, 42% were unable to read a single word,” the survey found.

The literacy rates observed among these children, the researchers found, was far lower than the national average from 10 years ago (as in the 2011 Census). “…according to the [2011] census, average literacy rates in the age group of 10-14 years ranged from 88% to 98% in all the SCHOOL [surveyed] states except Bihar (83%); the all-India average was 91%. Ten years later, one would expect literacy rates above 90% to be the norm for that age group. Among SCHOOL children, however, literacy rates in the 10-14 age group are as low as 75% in urban areas, 67% in rural areas, and 61% for rural Dalits and Adivasis.”

Even with this sample survey, the researchers found, Dalit and Adivasi students were worse affected by being denied access to schools. “For instance, only 4% of rural SC/ST children are studying online regularly, compared with 15% among other rural children. Barely half of them were able to read more than a few letters in the reading test,” the report found.

Parents too are aware of this impact, with 98% of the SC/ST parents telling surveyors that they want schools to open as soon as possible.

As schools start to reopen, children are being promoted to high grades even if they have not learnt the coursework of the previous grade. The curriculum in their new classes, then, may be beyond their grasp. To deal with this, schools and governments have to come up with a plan very soon – otherwise children may be studying Grade 5 material even if they last properly learnt only Grade 2 material.

But not only has this plan not been made yet, the researchers point out that in many states, even basic reconstruction work in schools that have fallen into disrepair has not yet been done. For children, then, especially those who were not able to attend any online classes, reopening of schools is likely to lead to a host of other issues. If schools are opened without taking any of this into account, and with the goal of just going back to business as usual, it is simply a “recipe for disaster”, the researchers argue.

As Symbols of Discrimination Fall Worldwide, Meet the Women Who Blackened...