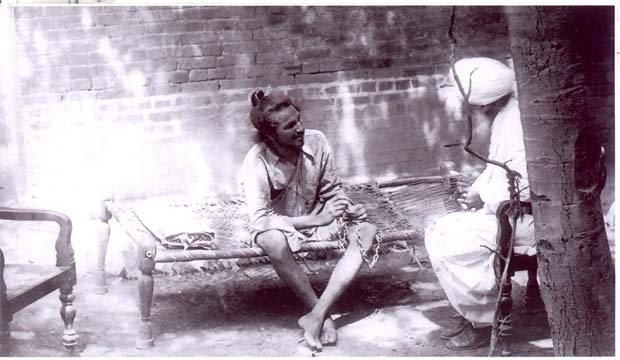 An excerpt from Revolutionary Passions shows that Bhagat Singh – who the Hindu Right tends to project as an antidote to the Congress and Gandhi – not only had close relations with Congress leaders, but was also critical of Hinduism.

Note: This article was first published on September 13, 2017 and is being republished on March 23, 2022, Bhagat Singh’s death anniversary.

In the mid 1920s, the Kakori Conspiracy Case left the revolutionary movement headless, as all its front-ranking leaders were arrested and sent to the gallows or to jail. The following generation of militants – who were to revive the movement – was of a different kind. The strongest personality in this group, Bhagat Singh, is proof of this. Born in Lyallpur, Punjab, to a Sikh family that came under the influence of the Arya Samaj and the Ghadr Party – his uncle Ajit Singh had been deported to Mandalay along with Lajpat Rai when he was a child – Bhagat Singh was trained at the National College of Lahore. He was particularly shocked by the Jallianwallah Bagh massacre in Amritsar in 1919, where General Dyer killed hundreds of people. He then took part in the non-cooperation movement and like many others, joined the revolutionary movement after Mahatma Gandhi suspended the non-cooperation struggle. In 1926, he started the Naujawan Bharat Sabha and tried to draw the youth from the province into its fold, in order to develop a socialist and non-religious organisation. If the British were naturally the chosen target of Bhagat Singh, he also put the blame on his compatriots, paralysed by superstitions:

“A branch of peepal tree is cut and religious feelings of the Hindus are injured. A corner of a paper idol, tazia of the idol-breaker Mohammedans is broken, and ‘Allah’ gets enraged, who cannot be satisfied with anything less than the blood of the infidel Hindus. Man should receive more attention than the beasts and yet, in India, people break their heads in the name of ‘sacred beasts’.”

The combination of socialism, humanism and nationalism that was the trademark of Bhagat Singh was going to become even stronger after the launch of the Hindustan Socialist Republican Association (HRSA) in September 1928. While Bhagat Singh remained the key figure of the HSRA, among its leaders were other outstanding men, including Sukhdev, a great admirer of communism, Vijay Kumar Sinha, an avid reader, Shiv Verma and Chandrashekhar Azad, who was in charge of the Association’s “military” operations. These men formed a Central Committee, which included two representatives of each province where the movement was well established – Punjab, the United Provinces and Bihar. The organisation was immediately divided into two branches, the ideological and the military. Bhagat Singh was at the helm of the former but took part in the latter too. Indeed, he was directly involved in the assassination of J.P. Saunders, a policeman who had been mistaken for the police chief J. A. Scott, whom Bhagat Singh held responsible for the death of Lala Lajpat Rai. An Arya Samaji and a Congress leader, Lajpat Rai had been killed after a lathi charge while he and others demonstrated against the Simon Commission’s Lahore visit. Like terrorists of the 19th century, the HRSA thought – expressed in an “official” communiqué – that by killing Saunders, it could  “let the world know that India still lives; that the blood of youths has not been totally cooled down and that they can still risk their lives if the honour of their nation is at stake”.

But Bhagat Singh transitioned from terrorism to revolution. In his last piece of writing – drafted in February 1931 – he refers to his past action in a very telling manner:

These books, that Bhagat Singh read in jail as much as before being arrested, contributed to making him a rationalist and a socialist. He was the first revolutionary to express clearly his rejection of religion in Why I am an atheist, written in prison – just when he was condemned to death. In this text, Bhagat Singh states lucidly how he awaits death without hoping for a life beyond:

“A God-believing Hindu might be expecting to be reborn as a king, a Muslim or a Christian, might dream of the luxuries to be enjoyed in paradise and the reward he is to get for his sufferings and sacrifices. But what am I to expect? I know the moment the rope is fitted round my neck and rafters removed, from under my feet. That will be the final moment – that will be the last moment. I, or to be more precise, my soul, as interpreted in the metaphysical terminology, shall all be finished there. Nothing further. A short life of struggle with no such magnificent end, shall in itself be the reward if I have the courage to take it in that light. That is all. With no selfish motive, or desire to be awarded here or hereafter, quite disinterestedly have I devoted my life to the cause of independence, because I could not do otherwise. The day we find a great number of men and women with this psychology who cannot devote themselves to anything else than the service of mankind and emancipation of the suffering humanity; that day shall inaugurate the era of liberty.”

Bhagat Singh’s rejection of religion, which alienates the masses, complemented his socialist criticism of two systems of oppression – capitalism and casteism. Before that, Indian revolutionaries had only targeted capitalism and colonialism.

In February 1931, Bhagat Singh, inviting the youth to embrace Marxism, pointed out that “Revolution means the complete overthrow of the existing social order and its replacement with the socialist order. For that purpose our immediate aim is the achievement of power. As a matter of fact, the state, the government machinery is just a weapon in the hands of the ruling class to further safeguard its interest. We want to snatch and handle it to utilise it for the consummation of our ideal, i.e., social reconstruction on new, i. e. Marxist basis.”

In fact, Bhagat Singh is a Janus-like figure, combining different sources of inspiration, some of them Marxist, others harking back to the anarchists’ “propaganda by action”. This is evident from his last deed. On April 8, 1929, along with B.K. Dutt, he threw two bombs in the Central Legislative Assembly “to make the deaf hear”, as written on the tracts they distributed in the assembly after their lightening coup. This formula was borrowed from Auguste Vaillant, a French anarchist. But Bhagat Singh also presented this action as being part of a larger game plan. First, it was aimed at dissuading the assembly from voting for a law – the Public Safety and Trade Disputes Bill – whose implementation would have penalised Indian workers.  Second, it was also meant to denounce the manner in which this so-called Indian parliament projected itself – as an accomplice of the British. Finally, it aimed at avenging the death of Lajpat Rai. All these explanations relate this act as much to the anarchist as to the socialist agenda. The latter side of the coin shows that Bhagat Singh did not valorise violence. To get a proper understanding of his political philosophy, one must read till the end the leaflet that Bhagat Singh and Dutt threw in the assembly after hurling their bombs. Its concluding words are remarkable:

“We are sorry to admit that we who attach so great a sanctity to human life, who dream of a glorious future, when man will be enjoying perfect peace and full liberty, have been forced to shed human blood.”

These words reveal a denial of violence, a denial that would take a more systematic form in the declaration of Singh and Dutt made before the judges. There, they would emphasise that the two bombs had been thrown at the unoccupied rows and that their composition – the details of which they provide, like great chemists – made them inoffensive: had they been loaded with some other high explosive, with destructive pellets or darts, they could have wiped out a majority of the members of the legislative assembly.

Singh and Dutt even defended themselves against their recourse to violence – they merely speak of “force”:

“We are next to none in our love for humanity. Far from having any malice against any individual, we hold human life sacred beyond words (…) Our sole purpose was ‘to make the deaf hear’ and to give the heedless a timely warning (…) Force when aggressively applied is ‘violence’ and is therefore, morally unjustifiable, but when it is used in the furtherance of a legitimate cause, it has its moral justification.”

Interestingly, Bhagat Singh regarded Jesus Christ as one of his role models, like Gandhi: “If we set aside motive, then Jesus Christ will appear a man responsible for breaking peace and preaching revolt, and a dangerous personality in the language of the law. But we worship him. He commands great respect and a place in our hearts; the sight of his image fills us with spiritual energy”.

Not only did Bhagat Singh, a truly exceptional revolutionary, never pay allegiance to Hinduism, but he also actually valued non-violence.