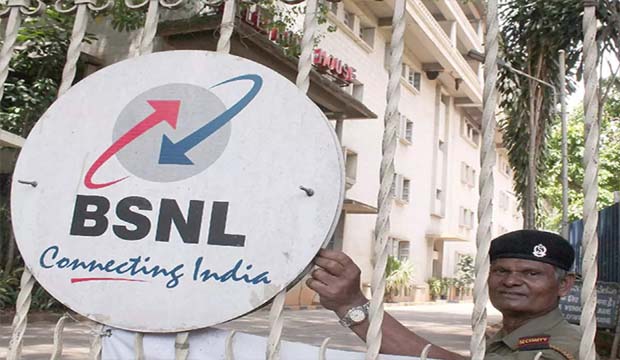 At the heart of the financial revival of BSNL is the rolling out of its 4G services, pending since 2019.

New Delhi: With the government set to become the largest shareholder in Vodafone Idea at 35.8% with the Vodafone Group retaining 28.5% and the Aditya Birla Group 17.8% under a rescue plan, the employees of the cash-strapped Bharat Sanchar Nigam Limited (BSNL) have demanded from the Centre to “similar sincerity” in rescuing the state-run telco.

Vodafone Idea on Tuesday said that its Board has approved a plan under which the full amount of interest related to spectrum auction instalments and adjusted gross revenue dues would be converted into equity. This will result in dilution for all the existing shareholders of the company, including the founders, the unprofitable wireless carrier said in a stock exchange filing.

The development has prompted strong reactions from the BSNL employees union, which said that years after a plan to nurse back the “strategic”, but heavily bleeding, telecom companies BSNL and another state telco Mahanagar Telephone Nigam Limited to profitability was announced, financial revival remains a “distant dream” courtesy the “conscious roadblock” created by the Narendra Modi-led government.

“While we cannot say much on the latest development, we want the decision-makers in the Central government to show a similar sincerity in rescuing BSNL,” Animesh Mitra, president, BSNL Employees Union, told Newsclick over the phone.

Mitra added that despite a revival plan being announced as early as 2019, after which many demonstrations and strikes were staged, the financial revival of the BSNL remains a “distant dream”.

Similarly, Sebastin K, general secretary, Sanchar Nigam Executives Association (SNEA), told Newsclick that with the “inordinate delay” in reviving BSNL, the telecom operator is losing its customers everyday. “The employees blame the government for BSNL’s situation. The same government is helping a private company to survive but when it comes to BSNL, there are numerous roadblocks.”

At the heart of reviving BSNL is the rolling out of its 4G services pending since October 2019. Then-minister for communications Ravi Shankar Prasad had rolled out the revival plan, which intended administrative allotment of 4G spectrum to BSNL and debt restructuring, among other things.

BSNL also needs additional funds to meet its capital expenditure and refinance its bank loans, Sebastin added. According to reports, the government is considering providing a second but smaller revival package to BSNL and preliminary talks have already begun. “We will welcome another package. But words should be followed by action soon. Otherwise, it will get too late to save BSNL,” Mitra added.

Across Tamil Nadu, Caste Violence Has Increased During the Lockdown, Say...