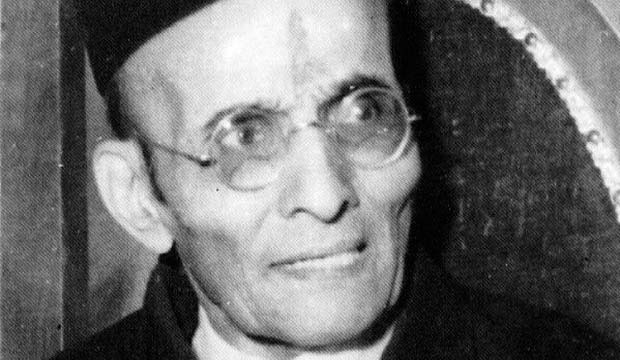 The Citizenship (Amendment) Act, 2019 (CAA) is being vaguely labelled as Anti-Muslim. Though it is certainly designed to exclude and disparage Muslims to become lesser rights-holders in India, the Act’s design reflects a larger nefarious social agenda.

In 2014, Hindus, Sikhs, Christians and Buddhists from Pakistan were given Long Term Visas (LTVs) for stay in India. In 2015, the notification by Ministry of Home Affairs made changes in Passport (Entry into India) Amendment Rules, 2015, the facility for LTVs were extended to people from Bangladesh and Pakistan who would now come to India due to religious persecution or due to fear of religious persecution. The order extended the facility to Hindus, Sikhs, Buddhists, Jains, Parsis, and Christians. Through another notification Dated 18th July 2016, Afghanistan was also added as an eligible country. All this was made as the ground for the Citizenship (Amendment) Bill, which was brought during first tenure of Narendra Modi as PM, but was successfully passed in the Parliament during the second term and was published into The Gazette on 12th December 2019.

What is interesting to note is that the word “Persecuted” is completely missing from the Act. Having missed the word “Persecuted” is counter-intuitive to the “publicly declared” object of having the Act itself. Also, through the Act, Citizenship will only be granted to those people who have arrived in India before 31st December 2014, and those who come after, shall be granted the LTVs under the rules that I have talked about earlier. By dropping the word “persecution”, the Act in its writing looks like an implicit acknowledgement that for people belonging to Six Religions (Hinduism, Jainism, Buddhism, Sikhism, Zoroastrianism, Christianity) and from three countries (Afghanistan, Pakistan, Bangladesh), India is their natural home and it is their right to come to India any time and claim visa and later citizenship.

What the Act in effect does is that it discriminates through an arbitrary criteria “Religion” and “Region”. It very smartly sidelines the Muslims from these three countries. The Act, very cautiously chooses only those countries where Muslims are in majority. There are Hindus, Jains, Sikhs, Buddhists, Parsis, and Christians in other neighboring countries like Sri Lanka, Nepal, Myanmar, Bhutan and China. In Sri Lanka, the Tamil-Hindus are persecuted, Rohingyas from Myanmar are the world’s most persecuted minorities. In fact, certain Muslim sects are persecuted in Muslim majority countries. If giving refuge to the persecuted was the intent, then the act would have definitely not been as arbitrary and as explicitly exclusionary as it is today. This is against the heritage of India and strongly dents the spirit of the Constitution of India.

The Act brings into many questions, of which there are no official answers, and no matter how hard you think, these contestations have no logical justification.

The funniest thing is that even if these questions are answered (though they can’t be answered without arbitrariness and illogic), the Act will remain against the secular fabric of the Constitution. For the first time in India, a Citizenship law is be based on religion. Article 6 and Article 7 already deals with migrants from Pakistan and their citizenship in India. If the intention was to provide relief to refugees, then suitable changes could have been made in these Articles itself, rather than amending Article 5 and defining Citizenship through religion.

Also, the Act is pursued on a ‘Mission Mode’, at a time when The Social Hostilities Index of India (SHI) (Which measures religious hostility by private individuals, organisations or groups in the society) is 9.7/10.  This figure is highest amongst all neighboring countries. This is happening at the time when there are major allegations against the government to have diluted the RTI Act and have severely lowered the autonomy of Election Commission, CBI, RBI, CIC, CVC, etc. This is happening at the time, when the Economy of India is on a free fall. Retail inflation is at a 5 year high of 7.3%, Food inflation is up to 14.12% and all major economic indicators are in zero or negative terrain. This is happening at a time when the unemployment level is at a 45 years high.

While many are calling this as a diversionary tactic, to divert the attention of larger public from government’s failure on growth, economy, development, jobs and on almost all social and political indicators. However, in my opinion, the mandate for second tenure of Modi was seeked against such agenda, and I see the government executing on its mandate.

India was imagined as a Secular country which will have no state religion. This act, by acknowledging India to be a natural homeland for non-Muslims from three countries, and by explicitly disallowing Muslims to be on equal footing, is the first big acknowledgement that today’s India is the India of Savarkar’s imagination, An India that is a Hindu-Rashtra and is Akhand (Undivided). Any amount of Pan-India protests have not moved the Government to rethink its stand, so, all hopes now remain with the Supreme Court to protect the soul of India and defend the Constitution.

As India Inc Reels From the Hate It’s Getting, Some Soul-Searching...

Lack of women and marginalised in Gujarat police and judiciary: Report

In handling the pandemic, there is a clear need to get...