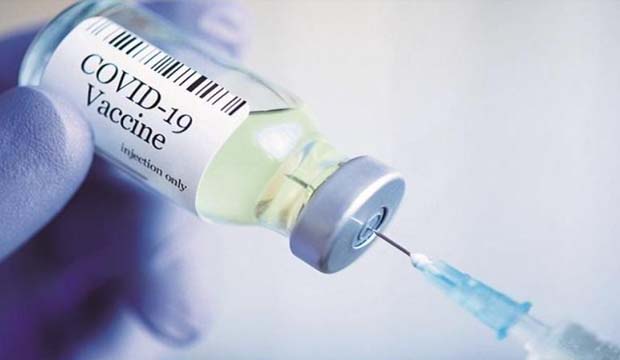 A virus that mutates forever is a perpetual money-making machine for Big Pharma. Everybody else wants all people vaccinated within a year and an end to this pandemic.

After three months of dithering, the Biden administration has finally agreed to a temporary waiver of patent rights on Covid-19 vaccines. The proposal by South Africa and India to waive intellectual property rights in the WTO has support from a large number of countries and more than 400 public health organisations. The opposition is now from the EU countries, which had earlier portrayed themselves as more progressive than the US. Under Trump, that was not difficult. The Biden move has wrong-footed the EU, leaving it the only public supporter of Big Pharma in the WTO.

While appearing to support the South Africa-India proposal, the Biden administration has considerably narrowed the scope of the waiver to just patents and not what the original proposal in WTO sought: to waive all intellectual property rights on Covid-19 vaccines, diagnostics, medicine, including industrial designs, copyright and trade secrets. These are required to scale up vaccines from research and development to production at an industrial scale. Also, the Biden patent waiver is limited to vaccines only. It leaves out patents on Remdesivir and various monoclonal antibodies that have shown efficacy against Covid-19. Without extending the vaccine patent waiver to other property rights, the Biden stance waiving only vaccine patents is more optics than real. The issue of knowledge transfers to other countries to scale up vaccine manufacturing still needs to be fought and won.

Even if it is at the level of optics, why did the US suddenly change its position? The US has been relatively isolated on its America First policy of hoarding vaccines, vaccinating all Americans first before exporting any to the rest of the world. The US is sitting on tens of million doses of Oxford-AstraZeneca vaccines that it is not using, while the WHO Covax program—on which a large part of the world depends—is unable to get supplies. And lastly, with India facing a huge surge in cases domestically and virtually stopping all exports, China has emerged as the only source of vaccines for large parts of Africa, Asia and Latin America. All this is endangering the Biden plan of a grand alliance against China to isolate it globally.

The unstated US geostrategic vision is that western Big Pharma companies should dominate the rich-country markets and the market of the global rich. These are the only two markets of interest to Big Pharma. Moderna is slated to generate a revenue of $19.2 billion this year and Pfizer-BioNTech $26 billion. It is this market that the rich countries want to protect.

The US was banking on its new Quad partner India to provide vaccines to the rest of the world through the WHO Covax program. Covax, though nominally run by WHO, is dominated by Bill Gates and his various vaccine initiatives: the Bill and Melinda Gates Foundation, GAVI and CEPI. The Serum Institute of India, with the AstraZeneca and Novavax vaccines, and Biological E, with the Johnson & Johnson (Janssen) vaccine, would make available 2.6-3 billion doses per year from India for other countries, helping vaccinate the global population.

This strategy faltered due to the utter incompetence of the Modi government to use indigenous capability to ramp up vaccine production rapidly. The other constraint was the virtual US export ban under the Defence Production Act of 1950, which denied Indian manufacturers vital equipment and raw materials. At the current rate of vaccination, it will take 4.6 years to vaccinate the world. And China and Russia have effectively emerged as the only two countries willing to offer vaccines and technology to others.

If the US had banked on the ability of the Modi government to compete with China on the vaccine front, it backed the wrong horse. The Modi administration failed miserably as it not only did not anticipate a second wave, it also did not invest in vaccine and bio-pharmaceutical capacity to boost India’s vaccine production. Instead, the Modi government believed in the “magic” of the free market to provide all the vaccines needed without any planning or government support.

The proponents of the patent monopoly, including Bill Gates, argue that a patent waiver is useless as a lack of technology, knowledge and capital, not patents, are holding up vaccine production outside rich countries. If patents are not stopping vaccine production in other countries, why did Big Pharma and the rich countries oppose such a waiver at the WTO for the last six months? And why its anger towards the Biden administration’s current stand on patent waivers?

According to Big Pharma, a patent waiver on vaccines will disincentivise research and is a huge blow to innovators. What they hide—and this is not new—is that most of the research money for the new vaccines have come from public funds. A Lancet paper published recently by J. Wouters and others shows that governments and philanthropic organisations have given more than 10 billion dollars to develop the current crop of vaccines and promising vaccine candidates. This figure does not include the billions of dollars in advance orders that the US and the UK governments paid to Pfizer and AstraZeneca.

The argument of providing Big Pharma with a monopoly to incentivise drug discovery is, therefore, bogus. The money and most of the research comes from public funds and government laboratories.

The role of philanthropic money in developing private monopolies merits a more detailed discussion. But for this article, this money should be on par with public money as it comes out of tax-free dollars. Bill Gates and his initiatives—the Bill and Melinda Gates Foundation—deserve a special mention here as their role directly strengthened Big Pharma monopoly. Bill Gates and the power he wields through the Melinda Gates Foundation, GAVI and CEPI led the Jenner Institute, Oxford University, to abandon its initial idea to make their vaccine technology available to any company non-exclusively. Instead, it signed an exclusive contract with AstraZeneca.

Almost all the Big Pharma arguments on why patent waivers are not of much use are for mRNA vaccine platforms. Though the argument that countries such as India, China and South Korea, the three largest generic vaccine manufacturers, do not have biologic capability is incorrect, the mRNA vaccines are not of immediate public health interest to most countries. They require an ultra-cold chain as otherwise, they degrade rapidly. The cost and effort involved in building such an ultra-cold chain preclude mRNA vaccines in mass vaccination programs in most countries. What are of interest for most countries is the inactivated virus vaccines or the adenovirus vector vaccines.

The WHO-supported platforms—CEPI and GAVI—in which Bill Gates has an outsized influence, have focussed much more on the new mRNA and adenovirus vector vaccine platforms and not on the traditional inactivated virus vaccines. Dr Palacios of Butanta Institute, speaking at a South Centre event on 1 April, pointed out that CEPI and COVAX largely funded newer vaccine technologies and disregarded the inactivated virus vaccines (e.g. the Sinovac and Bharat Biotech vaccines). These vaccines are effective, cost less and can be produced easily in many developing countries. Before we dismiss these vaccines as yesterday’s technology, it is relevant to note that this is still the vaccine platform for flu vaccinations across the world, with about 1.5 billion doses per year.

For any company involved in biologics, this is pretty much routine technology. India has about 20 such companies. So have South Korea and China. Bangladesh, South East Asia and Latin American countries also can create biologic drug manufacturing capability, and can therefore become major manufacturers. Cuba has developed five vaccines, of which two are in advanced clinical trials. According to the WHO Global Market Report 2020, three Indian companies provide about 44% of the world’s vaccines by dosage. The Bill Gates argument, made recently in a Sky TV interview, that “…it’s only because of our grants and expertise” that the Indians (or Koreans, Chinese, Latinos, Africans, Arabs, etc), can produce the vaccines is just a racist view of the world. A repetition of the white man’s burden that cloaked the earlier genocidal colonial enterprise.

Do we want to spend the next few years reinventing the wheel on vaccines to protect the monopoly profits of a few Big Pharma companies? And thereby condemn the world to a much longer Covid-19 pandemic? Or do we believe that public health demands rapid sharing of knowledge so that we vaccinate all the people within the next 6-12 months? If we do not, new virus mutants will emerge, requiring us to rejig our vaccines in a never-ending game of snakes and ladders. This is of interest to Big Pharma, as it will create a perpetual money-making machine. But not for us, who believe that a caring world needs sharing of knowledge.