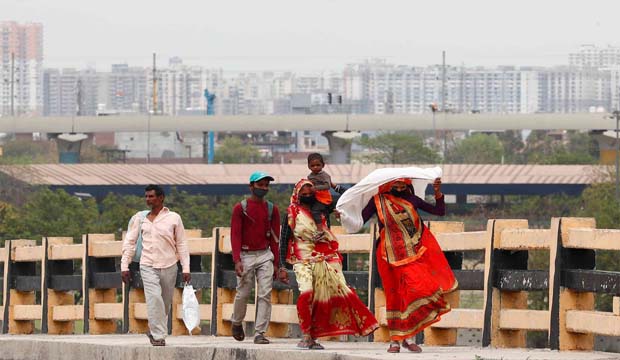 Suggestions from one of the country’s leading development economists.

The spread of the coronavirus and the unplanned lockdowns have created economic havoc in the lives of the millions who are part of the informal sector – not just daily wagers, but also workers of the gig economy. According to the Employment-Unemployment Survey, 2015-’16, over 80% of India’s workforce is employed in the informal sector. One-third are casual labourers.

Within 24 hours of Prime Minister Narendra Modi’s address to the nation on March 19, crowds at railway and bus stations across the metros started swelling. If these woekrs could not earn, they wanted to get home where they would have at least some food and shelter.

The economic situation resulting from the lockdown that is necessary to contain the spread of the virus will hurt even those who will escape the disease.

Here are a few suggestions on what can be done immediately to deal with this situation.

The world over, including in India, cash transfers are being advocated as the first line of action. At first glance, they seem like the easiest and quickest option at first glance, but there are some caveats attached to it:

Yet, there are cash transfers that can (and must) be used. Given the urgency, it would be better to ride on existing cash transfer programmes. This will still leave out some vulnerable populations (such as, the urban poor), but for them other measures are suggested below.

Given the possibility of hoarding, of disruption in the supply chains and the lack of work opportunities, providing in-kind assistance is important at this stage. If hoarding takes place on a large scale, it may lead to price rise, eroding the value of cash.

After the implementation of the National Food Security Act, the Public Distribution System covers two-thirds of the Indian population. This broad network, which still suffers from exclusion errors, must be immediately to provide assistance. It provides priority households with 5 kg grain per month for Rs 1 per kg-Rs 3 per kg. Antyodaya households. who are India’s poorest families, get 35 kg per month.

There is currently a problem of surplus stocks of foodgrain with the Food Corporation of India. The wheat procurement season has already begun in some states, and was about to begin in others.

The measures listed above will still leave out an important category of vulnerable people: these are people working as migrants in urban areas, whose homes are in rural areas. With the lockdown, they are stuck without work, and sometimes even without shelter in urban areas. They will not be covered by either the National Rural Employment Guarantee Act or the Public Distribution system. Special measures are needed for them.