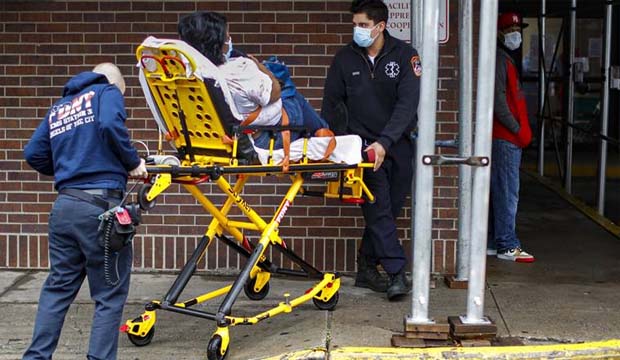 According to findings published in the journal Nature Medicine, the virus could have possibly been transmitted from animals to humans much before it was first detected in Wuhan province of China.

As the coronavirus pandemic continues to evolve, infecting millions worldwide, a team of scientists has discovered that Covid-19 could have spread among humans for years or even decades before now.

According to findings published in the journal Nature Medicine, the virus could have possibly been transmitted from animals to humans much before it was first detected in Wuhan province of China. In fact, there are speculations that it could have been as long as a decade.

The study, which was conducted by an international team of scientists from Australia, Britain and the US, was released on March 17 in the scientific journal.

“Then, as a result of gradual evolutionary changes over years or perhaps decades. The virus eventually gained the ability to spread from human to human and cause serious, often life-threatening disease,” Dr Francis Collins, director of the US National Institute of Health, said in an article published on the institute’s website.

Besides them, Italian professor Giuseppe Remuzzi had pointed at “strange pneumonias” in Italy since last November. This could mean that Covid-19, which proved to be equally fatal in the country, could have reached Europe before anyone knew about it.

Prof Remuzzi, director of the Mario Negri Institute for Pharmacological Research in Milan, said he would not be surprised if some asymptomatic carriers had travelled around China or even abroad before December last year.
The unusual cases of pneumonia in November and December could mean that virus was already spreading in Lombardy, Italy’s worst-hit region, before Wuhan made headlines, he said.

Speaking on similar lines, a Chinese doctor working, who is treating Covid-19 patients in Beijing, said numerous cases of mysterious pneumonia outbreaks had been reported by health professionals across several countries last year.

“There will be a day when the whole thing comes to light,” the doctor said, preferring anonymity.

Doctors in Wuhan also noticed a surge in the number of pneumonia cases in December. Tests for flu and other pathogens returned negative.

Shortly after the epidemic erupted, Chinese scientists sequenced the genome of SARS-CoV-2 and made the data available to researchers worldwide. The resulting genomic sequence data showed that Chinese authorities had promptly detected the epidemic and that the number of cases were rising because of human to human transmission after a single introduction into the human population.

While an unknown strain was isolated, a team from the Wuhan Institute of Virology led by Shi Zhengli traced its origin to a bat virus found in a mountain cave close to the China-Myanmar border.

The virus has now infected every corner of the globe.

Adivasis ignored in the Budget