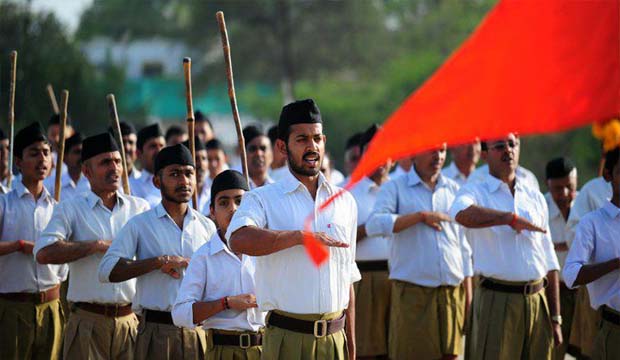 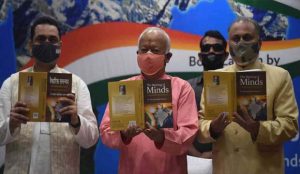 Sudheendra Kulkarni’s July 13 article on Scroll.in titled “Opinion: Bhagwat’s glasnost in RSS-Muslim ties is welcome, but can he rein in Modi and Adityanath?” fails to go to the roots of the issue as it analyses Mohan Bhagwat’s speech in Ghaziabad on July 4.

Bhagwat made the speech during an event to launch a book titled The Meeting of Minds: A Bridging Initiative by Khwaja Iftikhar Ahmed. The function was organised by Rashtriya Muslim Manch, an affiliate of Rashtriya Swayamsevak Sangh. On this occasion, Bhagwat said, “Dialogue alone can be a solution.”

He added: “A person is not a Hindu if he says Muslims should not live in India. Those involved in mob lynching are against Hindutva.”

With this very soothing sentence, Sudheendra Kulkarni sees a hope that the RSS is changing, the way the Russian Communist Party with Mikhail Gorbachev in the leadership talked about perestroika (openness) and implemented glasnost (increased transparency in government institutions).

Kulkarni quotes Ram Madhav, the RSS-Bharatiya Janata Party leader who, in one of his articles, stated that the process of change in RSS under the leadership of Mohan Bhagwat is underway based on the observation to which he is privy as an insider.

This was in 2018 when in the series of lectures in Delhi Bhagwat not only read the preamble of India’s Constitution but also affirmed his faith in secularism and socialism. Kulkarni reminds us that Madhav wrote that it is the glasnost moment for RSS. Kulkarni affirms, “Any unbiased observer of the RSS, who listens to Bhagwat’s full speech, would know that he is trying to break new ground with the Indian Muslim community. This deserves to be welcomed.”

While he is welcoming Bhagwat for calling for dialogue and building bridges, he himself does not go to the roots of the problem. However, Khwaja Iftikhar Ahmed, the author of the book Bhagwat was launching, did diagnose the problem correctly at some level.

“Ahmed expresses the anguish of Indian Muslims on this count without mincing words. In the case of communal riots, Muslim property worth ‘thousands of crores of rupees are lost and destroyed’, and yet ‘proper FIRs are not registered’. Furthermore, a ‘majority of perpetrators and perpetrators of violence, looting and rape go scot-free’. In contrast, Muslims ‘exercising their constitutional right to protest are severely penalised, killed in police firing, mass arrests made and personal recoveries fixed for the losses accrued to public property. Where is the fair play?’”

Before the Partition, if there was Mohammad Ali Jinnah wanting to a separate country for Muslims, Pakistan, there was also Allah Baksh who organised a massive convention in Delhi to oppose this demand. At the political level, it was Mahatma Gandhi whom the majority of Hindus followed. Another Hindu, Nathuram Godse, an RSS-trained pracharak, killed the greatest Hindu of the 20th century.

In the era before colonialism, the battle between kings was not for religion: they were for power and wealth. The ethnic conflicts between Shias and Sunnis or between Shaiva and Vaishnav had another logic altogether. Politics in the name of religion begins during the colonial period.

As a result of social change prompted by the arrival of modern industry (which led to the formation of working-class and industrialists-businessmen), modern education and social reforms (such as the abolition of Sati, education for Dalits and women), a section of those who were privileged (such as landlords and kings) began to feel marginalised. They resorted to politics in the name of religion. They also presented the ancient period as a golden period. Of course, this ancient period was a time when the birth-based hierarchies were an essential part of society.

It is very important to understand the roots of origin of streams that prefix their nationalism with religion. These are basically the feudal classes. The feudal landlord-clergy combination was opposed to the changes where birth-based inequality was being challenged.

The Muslim League, Punjab Hindu Sabha, Hindu Mahasabha and RSS did not participate in anti-colonial struggles or social reforms for equality. There were perhaps a few exceptions, such as VD Savarkar working against untouchability and against the temple ban for Dalits.

The RSS has developed a training module for boys which claims that India has been a Hindu nation from time immemorial. We had a great and happy society. All castes were equal and women had a glorious place in society. With the invasion of Muslims and later by Christians, this society was tormented, they claim. Muslim kings spread Islam with the sword, destroyed temples, imposed the jizia tax on non-Muslims and Hindu women were subjected to molestation, this school of opinion believes.

The battles between Akbar-Rana Pratap, Shivaji-Afzal Khan are given a religious twist. The picture is projected of villainous, foreign Muslim kings and noble Hindu kings.

This is what forms the root of the Hindutva hate for Muslims. This hate is the root of violence. Muslim communalism also played a similar role in spreading hatred against Hindus and. Communal violence was the result.

Lakhs of swayamsevaks and thousands of pracharaks have been indoctrinated in this way and they are working in various areas of society. There is a long list of organisations affiliated with RSS, and their core DNA is this ideology: “glorify the past, hate Muslims and Christians”.

As RSS began, its early leaders bluntly spread hatred against Muslims, Christians. They glorified the laws of Manu even though they are opposed to the egalitarianism of the Indian Constitution. The latest addition to this propaganda is the claim that Hindus are in danger due to deliberate attempts by Muslims to increase their population and overwhelm Hindus. This has been ably countered by many people, including former bureaucrat SY Quraishi in his book The Population Myth: Islam, Family Planning and Politics in India.

After Bhagwat became Sarsanghchalak of the RSS, he asked the Muslim community to give up their land in Ayodhya for a Ram temple. There are already rumblings about demolishing mosques in Kashi and Mathura. Now after nearly a hundred Muslims and Dalits have lost their lives, he is finally referring to lynchings.

The Bharatiya Janata party’s rise to power has further increased the number of RSS shakhas (branches). The work in the shakhas has been aided by their meticulously conducted long training that gives the Hindu nationalist ideology to the trainees who are the backbone of the politics of BJP, Vishva Hindu Parishad, Bajarang Dal and innumerable such Hindutva organisations.

Adding to this, the captive media and the BJP IT Cell spreading fake news on social media have heightened the degree of hate in the society.

What is happening or is being orchestrated is the logical outcome of the seeds of indoctrination that have been sown over a period of time. India has seen people of different religions uniting to achieve independence. The roots of dialogue between people of various religions have been part of our Bhakti-Sufi traditions and is evident in the cultural syncretism that we see in our society. The dialogue that is needed between the concept of nationalism, the one represented by Gandhi-Nehru-Patel on one side and the one represented by Savarkar-Hedgewar-Golwalkar on the other.

It is to the credit of Bhagwat that he is using a language that is very palatable. Words sound good but it is deeds that really count. Narendra Modi is not an aberration of Hindu nationalism. He is the logical outcome of the Hindutva worldview that has been propagated through multiple mechanisms to train the swayamsevaks and pracharaks. Though Uttar Pradesh Chief Minister Adityanath is not from the RSS stock, his attitudes are similar to that of Hindutva nationalists.

One agrees with Bhagwat that discord does not work. Breaking new ground with the Muslim community is crucial and important. But can it be done when anti-Muslim sentiments are being propagated, encouraged and not talked about?

Take the recent case of Covid-19 and Tablighi Jamaat, when the Muslim group was prosecuted for allegedly being the primary spreader of the virus in India. What role did Bhagwat’s ideology play to combat this propaganda against Muslims? Then there is the Citizenship (Amendment) Act and National Register of Citizens, which Bhagwat is defending even they are unnecessary moves that have created massive insecurity among India’s Muslims.

Indian history has seen amity as well as discord. At the grassroots, poor Dalits felt closer to Muslims. In matters of power, it was the nobility –Hindu and Muslim – that ruled. Here, Gandhi’s understanding of Indian history needs to be brought to the fore to replace the RSS’s Hindu versus Muslim elaboration of history.

“The Hindus flourished under Moslem sovereigns and Moslems under the Hindu. Each party recognised that mutual fighting was suicidal and that neither party would abandon its religion by force of arms. Both parties, therefore, decided to live in peace. With the English advent, quarrels recommenced. Do people become enemies because they change their religion? Is the God of the Mohammedan different from the God of the Hindu? Religions are different roads converging to the same point. What does it matter that we take different roads so long as we reach the same goal? Wherein is the cause of quarrelling?”

Where are we standing today? Khwaja Iftikhar Ahmed, Sudheendra Kulkarni and Mohan Bhagwat are talking at a level that ignores the deeper causes of the violence. The discord being witnessed is not among the religious communities. It is a conflict between Indian nationalism on one side and Hindu nationalism on the other.

In the spirit of dialogue for which Bhagwat called, what is missing is an initiative to undo the hate that has been propagated so far. Kulkarni should have remembered what Patel’s Ministry of Home said after Gandhi’s murder: “violence sponsored and inspired by the Sangh claimed many victims – the latest and the most precious to fall was Mahatma Gandhi himself.”

The RSS’s subordinate/affiliate organisations are trained to fulfil different components of the march towards a Hindu Rashtra. On one day, Bhagwat says that those who ask Muslims to leave India are not Hindus, the next day, Anurag Thakur, who suggested that people protesting against the government’s citizenship initiatives should be shot dead, is promoted from minister of state to cabinet minister. RSS thinker Rakesh Sinha in an interview with Dainik Jagran openly says Christian missionaries should leave India.

Bhagwat’s words are merely an attempt to gain credibility in these changing times. The age-old agenda of RSS remains the same. What is really essential is a dialogue with Bhagwat’s organisation to urge it to adopt the values of Indian nationalism of Gandhi, Nehru, Azad and Patel, and reassure minorities that the hate and the consequent violence against them will be condemned and halted.

‘Your Ideas Have Spread Like Wildfire’: A Letter to Dr Anand...