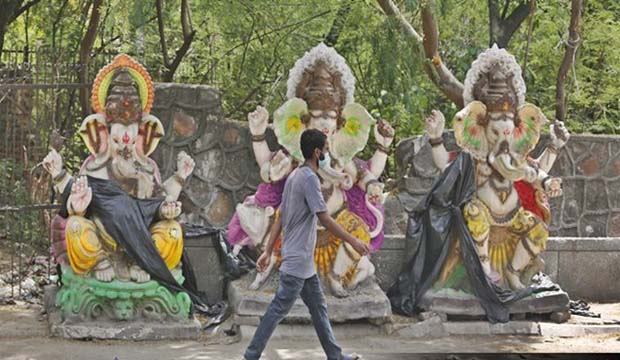 Unless there is recognition and support for our 50 million skilled artisans and craftspeople through enabling sustainable livelihoods, many can be driven to penury and heritage skills will die.

Craftspeople of all categories in India are largely ignored and left to fend for themselves. GST knocked them sideways too. They are stoic people who suffer from deprivation and uncertainty of income. However, it is tragic to note that the words “craftspeople, artisans, weavers, home-based skilled self-employed” are nowhere mentioned in the large financial packages announced by the government. They are at present unnoticed, invisible and silent, but their agonies are no less than those of migrant workers and other distressed groups. A sympathetic article on a prominent website has channelled some direct donations to those whose stories of hardship were told. A few are assisted by NGOs, but major plans are needed for their immediate, short-term and then, long-term future.

To regularly monitor different conditions of craft communities across nearly all states, calls are regularly made to weavers’ groups, women’s producer groups, multiple craft workers, potters, basket makers, carpet weavers, traditional artists and especially, already economically weak artisans. Our general findings are: One, some had raw material for only 15 days at the beginning of the lockdown. Two, bulk orders have been cancelled. Three, in rural areas only some have enough stocks of rations. Those in towns only buy monthly supplies and have no income now to replenish their shelves and no workers to come for production.

Four, everyone reported that police were alert, strict and present everywhere. Five, no supplies had reached those doing daily wage or job work in crafts. Six, the feeling was if the danger lifted by June or July, they would have access to raw material again and be able to produce enough for the marketing season. Seven, they do not expect huge sales in any event since the markets were already sluggish and the prospects are now extremely bleak. Eight, weavers have looms in their homes but no yarn and large numbers of very poor weavers working under them have to be paid immediately, which is a serious problem. Nine, e-commerce has not been and is of no help at present. It is too optimistic to imagine this will be a solution soon even if deliveries start because there has been no raw material or collective activity during the lockdown.

Artisans desperately need support in the form of interest-free loans of Rs 5,000-Rs 10,000 per month per family for two months backed by the government, since there is no budget allocated for this. The market has always been the primary need for all creators with heritage skills. Craftspeople largely dependent on tourism, as in Kashmir, they need a composite plan to stimulate demand so they can look forward to the festival season. The corporate sector must step forward by August, with advance payments to order festive season gifts for clients. Soft loans from banks must be quickly dispersed to craftspeople wanting to purchase raw material when accessible.

The textile ministry urgently needs to focus on the specific needs for different areas in the country, avoiding one-size-fits-all schemes. We do not know what KVIC is doing for spinners and weavers of khadi.

For the immediate future, if the spread of infection subsides by Dussehra, it will be a major psychological victory of good over evil. Potters all over India can provide clay and even cow dung lamps this year. This could replace imported tea lights. Millions of agarbattis are routinely lit daily in homes, prayer spaces, shops, and other work establishments along with idols. Today, more than Rs 400 crore worth of roundly cut bamboo sticks are imported from China and Vietnam by ITC, Cycle Brand and even Patanjali. The Northeastern states abound in bamboo. They need small appropriate technologies for bulk production of anything from drinking straws to cutlery, cutting boards, floorboards and furniture.

Multipurpose handloom gamchhas provided by weavers can serve as masks as the PM suggested. Re-energised village industries with organic practices will reduce carbon footprints and discourage migration. Unless there is recognition and support for our 50 million skilled artisans and craftspeople through enabling sustainable livelihoods, many can be driven to penury and heritage skills will die. They have always Made in India and can still Make in India. It will provide for a better long-term future than the disastrous one we have built by forgetting our talents.