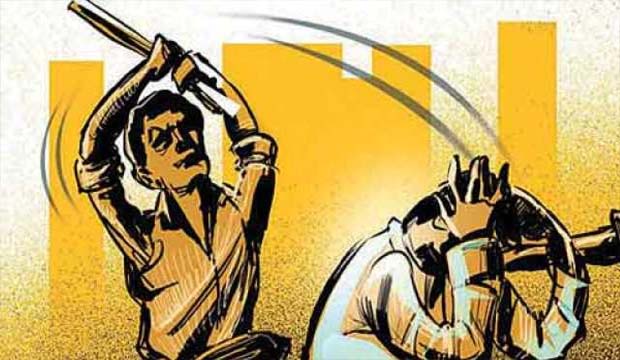 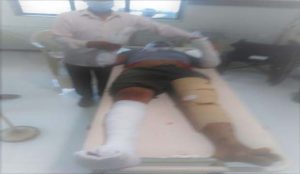 Balwant Rathod acquired possession of his land nearly four decades after it was allotted to his family. However, he was allegedly attacked by upper-caste men after standing up to them for having burned down a part of his crop.

Nearly four decades ago, Balwant Rathod’s family was allotted three acres of agrarian land in Banaskantha district by the Gujarat government. The family of Rathod – a Dalit farmer from Vav in Banaskantha – did not actually possess the land though. The plot allotted to them in Nesda Golup village under Suigam police station jurisdiction in Banaskantha had been illegally occupied by an upper caste family from the village.

Two years ago, with the help of Vadgam MLA Jignesh Mewani, Rathod’s family was able to wrest back physical possession of their own land. It resulted in a series of threats and trouble, as Rathod drew the ire of the upper caste family. Over time, Balwant Rathod and his brothers made multiple requests to the local police for protection and attempted to file a complaint, but in vain.

On the night of July 24, men from the upper caste family burned down a part of their crop, following which Rathod rushed to Nesda Golup early next morning. Seven men – Swarup Rajput, Baba Rajput, Ramsang Rajput, Gemar Rajput, Nilesh Rajput, Aaba Rajput and Vikram Rajput – all from the Darbar (Kshatriya) community of the village, who were already present at the location, allegedly thrashed Rathod with iron rods, wooden staff and a sword, leaving him grievously injured.

Rathod’s cousin rushed to the scene as soon as he received word, only to find him a pool of blood on his own land. He was then taken to Palanpur Civil Hospital where he had to be admitted to the Intensive Care Unit (ICU) with a fractured arm and leg and multiple injuries to his head.

“At around 8 am I got a call from Balwant who said that a group of Darbar men were on his land to kill him, and that I should rush there immediately. On reaching there, I saw Balwant being assaulted by seven men who were armed with knives, wooden staff and swords while my cousin was lying in a pool of blood,” alleged Vargha Rathod, the complainant in the case.

“The Darbar family had been in possession of the land allotted to our family for the past 40 years. Two years back, MLA Jignesh Mewani helped us following which the District Collector visited the village and initiated the process of physical handover. After we got possession of the land, we began cultivating it. Since then, the Darbar family has been threatening to kill and cause harm to our family members. We went to the local police several times but each time they would send us back saying they would visit us. Our complaints weren’t registered until my cousin (Balwant) was thrashed,” alleged Suresh Rathod, the victim’s cousin.

“They have ruined our crops multiple times by deliberately releasing their cattle to graze on our land. Every time we would put up a fence around the land, they would raze it to the ground in the night. This time, they burnt down our crop. We went to file a police complaint but they didn’t register our complaint and said us they would visit the next day. That day they attacked my cousin,” he told Newsclick.

“Balwant has been transferred to general ward from the ICU but the doctors have told us we might need to take him to Ahmedabad for further treatment of his head injuries,” added Suresh Rathod.

An FIR has been filed against all seven accused under sections 307 (attempt to murder), 323 (causing hurt), 324 (causing grievous hurt), 506 (criminal intimidation) and sections of rioting under the IPC along with sections of The Scheduled Caste and Scheduled Tribe (SC/ST) Prevention of Atrocities Act. The officer in-charge of Suigam police station has been suspended.

Notably, 56,873 acres of land has been allotted to the landless people from the SC/ST community in in Gujarat. However, the process of measurement and sanad has not been initiated anywhere, leading to no actual possession of land by its rightful owner. In most cases the land allotted to a Dalit family is under illegal possession by a land-owner from an upper caste community.

In the year 2010, late activist and lawyer Mukul Sinha took up the issue for the first time and filed a PIL in the Gujarat High Court where land issues of two districts – Ahmedabad and Surendranagar – were mentioned. Later, Jignesh Mewani, then a practicing advocate, took up the case in 2015.

In 2016, Mewani, then a full-time activist, had led a ‘rail roko‘ agitation in Ahmedabad which was later called off after the Gujarat government agreed to initiate talks. One of the demands raised was to give five acres of land to each landless Dalit.

Following the protest, the Gujarat government had initiated the mapping of 222 bighas of land at Saroda village, Dholka taluka in Ahmedabad district, that was allotted to 115 landless Dalit families in 2006 under the Gujarat Agriculture Lands Ceiling Act (ALC). The land was under the illegal possession of upper-caste landowners and Dalit families had been running to government offices to submit memorandums, taking out rallies and sitting on dharnas for nine years.

In 2017, a year after the Una Incident, Mewani organised a rally from Mehsana to Banaskantha in north Gujarat. The rally was to culminate in Lawara village in Dhanera taluka to claim physical possession of 12 acres of land that had been allotted to four Dalit families. On July 17, 2017, when the rally had temporarily halted at Soneth village in Banaskantha, Mewani and his team were informed that the then district collector Dillep Rana had taken up the matter and that the concerned piece of land would be handed over to the families peacefully.

However, the Dalit villagers from Lawara reached Dhanera the next day after the Darbar community, which had illegally taken possession of the land, were threatening them following the Collector’s announcement. An FIR was filed Mewani announced a march to the Dhanera police station where a dharna would take place latter.

The rally culminated in Lawara village as planned, with Mewani and 20 other Dalit activists planting a symbolic blue Ambedkarite flag on the encroached land to ensure that it was handed over to its rightful owners. Thereafter, each family got physical possession of three acres of land that were allotted to them about 50 years ago.

Following these two incidents many Dalit families in Gujarat have got physical possession of their land amid threats from upper-caste landowners.

“After our team intervened, this particular Dalit family (Balwant Rathod’s family) in Banaskantha got possession of their land after 40 years. Four days ago, after the family that was encroaching on the land illegally burned down a part of the crop, a member of the Dalit family went to local police station to file an FIR, but police did not lodge a complaint or take any preventive measure as mandated under the Atrocities Act,” alleged Mewani.

“In another incident, a Dalit landowner in Samau Mota village in Deesa taluka, Banaskantha, was thrashed just after a meeting with me about intitiating the process for the physical possession of his land. The accused were arrested later. These incidents keep happening in Gujarat as the accused do not fear the law due to the lack of political and administrative will to act,” he told Newsclick.

In 2018, Bhanubhai Vankar, a Dalit rights activist, set himself on fire outside the Patan District Collector’s office to protest against the state government’s delay in processing the land re-grant application of two Dalit landowners. Vankar succumbed to injuries the following day, triggering protests in Patan and in the neighbouring district of Mehsana. Four days later, Gujarat government approved the application and formally handed over the land documents to the Dalit families.

In June 2019, Mewani appealed to the state government to provide security for 116 dalit families of Rapar and Bhachau taluka, Kutch who were fighting for possession of their land allotted to them 35 years ago.

“Sections 3 (1) (f) and 3 (1) (g) under the Atrocities Act state that it is a penal offence if anybody who doesn’t belong to SC or ST communities occupies and cultivates land allotted to a Dalit or tribal or notified to be allotted to them. For the first time in Gujarat, 23 FIRs were filed under the two sections in Rapar, Kutch, after our intervention. Sixty people were arrested and a total compensation amount of Rs 72 lakhs paid to Dalit families. Around 500 acres of land were handed over to rightful dalit owners thereafter,” said Mewani.

Covid-19: Vaccine production and distribution has exposed – and intensified –...