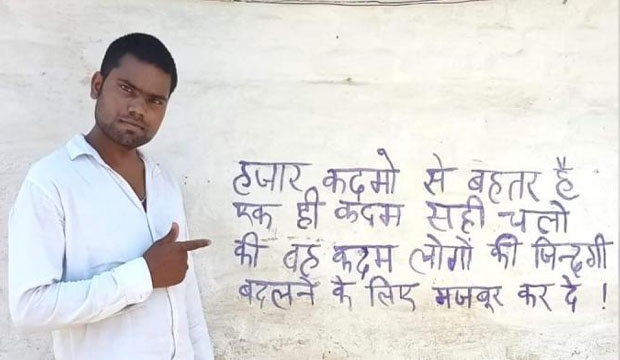 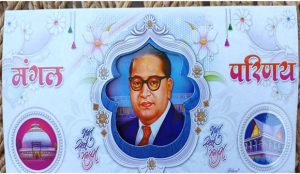 Despite the fact that the local police assured protection to the 22-year-old groom and his family, he still fears an attack by upper caste men for defying casteist norms.

New Delhi: Alakh Ram’s half-kutcha and half-pucca house in Uttar Pradesh’s Madhavganj village in Mahoba district is bursting with festivity. His house is decorated with colourful banners, and Bundelkhandi wedding songs are being sung in the evening by women. The wedding cards have been printed, new clothes bought and the guestlist made. His three sisters, who are married and live nearby, are excited.

Twenty-two-year-old Alakh Ram’s wedding will be a historic day for Madhavganj village. For the first time, on June 18 in this village, a Dalit man will ride a horse in his baraat, or the wedding procession.

Indian weddings often include baraat, or the wedding procession, where the groom rides a horse while others around him dance to music to celebrate the occasion. However, in certain villages, including this one, grooms from the Dalit community are not “allowed” to ride a horse during their wedding.

Speaking to The Wire, Ram says that upper caste members of his village have threatened to kill him after they got to know about his plan of riding a horse. That is when he decided to write to the police, requesting security, which was granted immediately. He could not have been happier.

However, he wishes that the police now give him a written document assuring safety during his wedding day. “Anything can happen,” he tells The Wire, as fear still lingers on.

Akash Rawan, Mahoba president of the Bhim Army, also says that as this is a big step, it may be dangerous for Ram. “Upper caste people may try to disrupt the wedding as they are not happy with this. The police must not let this happen,” he tells The Wire.

Dalit grooms in this village usually go to the bride’s house or a marriage hall on foot. Ram says that Dalits are “allowed” to play music, sing, dance and practice other Hindu customs without any interference, except this one.

“But only upper caste men sit on horses in this village,” he informs.

Alakh Ram’s father, just like all other Dalit men in the village, never got an opportunity to ride a horse during their weddings. Gayadin, married 52 years back, recalls that there was no question of riding a horse during his wedding as it would have “upset” the upper caste community.

“I, like all others, walked to the marriage function…the upper caste people think that if we [Dalits] start riding horses just like them, we will get emboldened and start thinking of ourselves as equal to them,” he adds. He is now glad that his son’s wedding will make it easier for men from the Dalit community to ride horses during their wedding processions.

Sulekha, his mother, says that her son’s dream to ride a horse on his wedding day at first seemed impossible to her. Now, she is beyond surprised.

This was made possible because the local police swiftly accepted Ram’s demand to provide the to-be groom with security during the wedding. Sunil Tiwari, in charge at the local Nahi Kanth police station, tells The Wire that arrangements will be made to ensure that the wedding takes place peacefully.

“He was apprehensive and wrote to us about his safety. We considered his request and now working to provide him with security, as it is his constitutional right,” he says.

At the end of May, Ram had written a letter to the police, in which he pointed out that Dalit grooms have never been allowed to ride horses on their weddings. It read, “In all these years since independence, no groom-to-be from the scheduled castes were ever allowed to sit on a horse during their baraat ceremony.”

But it is not about riding a horse, but what it symbolises and it means a lot to Ram – the right to freely practice traditions and to be treated as equals.

Ram worked in a polythene company in Delhi, and is currently unemployed. His father, a labourer and farmer, earns enough money to sustain the members of the house – Ram’s brother and his wife.

He says that he could manage to change things in his village because he is educated. “I have studied till class 12,” he says proudly. He studied in a local village school till class 8 and then started going to Panwari, a nearby town, for his studies till class 12.

“I will never accept irrational, old traditions. Our country is run by Ambedkar’s constitution, which gives everyone equal rights. If upper caste grooms can ride horses during their weddings, why can’t we?” he asks.

He adds, “I will not accept this. Ever.”

When asked what the bride’s name is, he says, “Ram Sakhi. Magar pyaar se mai Anu kehta hoon (Her name is Ram Sakhi. But I call her Anu out of love).”

Even though she has been chosen by Ram’s parents from a nearby village as his bride, he says that he really likes talking to her over the phone. He is excited about his wedding, but a sense of fear still lingers on, for he is worried about his safety and of his family’s on the wedding day.