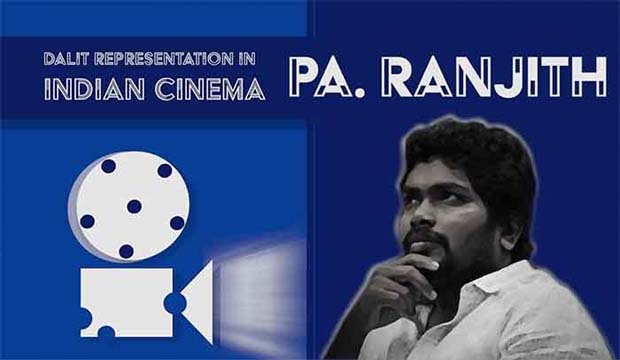 The recent development in Tamil movie has received much appreciation among the intellectuals for portraying Dalit character as protagonist and bringing caste realities onto the screen. It has elevated Dalits from a stereotypical passive receiver of others sympathy to an active agent seeking justice. However, it is also criticized for merely replacing the social location of the typical hero in Tamil cinema and promoting violent masculinity and fantasy of Dalit men’s revenge seeking. Therefore, movies such as Kabali, Kala, Asuran, Karnan, Sarapatta Parambari etc are considered to be agnostic to Ambedkarite principles and social ethics by Professor Harish Wankhede in his recent review on The Hindu (Dalits’ fist of fury).In contrast, apart from the philosophic assessment of creative arts intrinsic to the market, these movies must be understood in the context of changing Dalit aspirations and movements that is rising above the traditional pacifist narrative of hyper constitutionalism. The recent movie, Sarpatta Parambarai by Pa Ranjith must be seen as a continuation of the earlier movies of same kind like Kabali, Kaala, Asuran, Palasa 1978 that has brought the otherwise suppressed Dalit’s fury on the screen.

Structurally, Dalit working class are born and brought up in an atmosphere of violence. But they know how-to live-in peace under the shadow of violence with their historic cultural aesthetic and collective lives. In the process, they learn how to interact with violence in their daily life. This makes them not to surrender before the conditions of violence by far in spite of their acute vulnerability. Their social vulnerabilities make them accessible to the powerful for their war time disposal and sacrifice in the past and present. They are forced to adopt various violent means for their survival. They fought battles from every side and proved their militancy and courage, not just as carrier of commands but as rational agents to inspire others. The historic battle of Bhima Koregoan stands testimony to the fact. However, the Indian cinema has never acknowledged the assertive Dalit self, rather portrayed the stereotypical brutalized victimhood. In contrast, the characters with dominant caste surnames have always been shown masculine and courageous to maintain dominant moral high ground. This reflects the embedded caste psyche of the Indian cinema that does not want to see Dalit as assertive and courageous protagonist. Masculinity is a hegemonic concept which is always understood in association with patriarchy in the feminist literature. Hence, attributing masculinity to the violent reaction of Dalit men towards their oppression as depicted in the recent Tamil cinema will negate the transformative potential in Dalit’s fury.In fact, any form of Dalit assertion for equality is viewed as the expression of masculinity by the casteist forces.  That’s why most of the atrocities on Dalits or honor killings are targeted to crush the ‘Dalit masculinity’. There are instances where Dalit men get lynched simply for sitting with folded legs, riding horse in marriage or for keeping mustache. This forced suppression of perceived Dalit masculinity establishes an intertwined relation between masculinity and assertion among Dalits. Hence, given these complex social realities, the recent development in Tamil cinema must be understood, without dragging it into the grand narrative of patriarchy. Besides, anger,courage and militancy have no gender as such, or else the intellectuals and philosophers won’t find a rationale behind the militancy of Phulan Devi and the Marxist theory of violent revolution. Therefore, reducing Dalit’s fury to violent masculinity will only affirm to the dominant narrative of savarna feminism that itself is armored with the privileges of Brahminical patriarchy. Nevertheless, these movies definitely carry the structural masculinisation of dalit assertion to the screen. The leading space in Dalit assertion has always been dominated by Dalit men in spite of the significant contribution of Dalit women. This is well captured by Sarmila Rege; “The Dalit Panthers did make a significant contribution to the cultural revolt of the 1970s, but both in their writings and their programme, dalit women remained firmly encapsulated in the roles of the ‘mother’ and the ‘victimized sexual being’.

Post independent India witnessed at least three generations of Dalits living under a democratic constitution who are conscious and assertive of their rights and dignity. They extend their legitimacy to the modern Indian state with promising democratic values prescribed by Ambedkar to protect the life, liberty and dignity of the individuals. However,they are also frustrated and angry seeing their rights being violated with impunity and the state’s failure to ensure them justice. They find themselves trapped in a paradoxical condition of upholding the constitutional morality and protecting their human rights from those oppressors who are backed by the state. Nevertheless, they are no more going to take the moral burden of upholding constitutional morality at the cost of their life, liberty and dignity. This is expressed time and again, both in the past and present by the Dalit movements. The Panther movement of 1970s and the current Dalit Assertion that emerged 2015 onwards like justice for Rohith Vemula movement, Una movement in Gujarat, Bhima Koregoan movement, the Bharat Bandh organized by the Dalit organisations against the dilution of the SC/ST Atrocity Prevention Act and the movement led by the Bhim Army are some of those radical expressions that transcended the boundary of traditional pacifist constitutionalism and relied on the collective force of the communities. However, the semi-liberated Dalit middle class continues to ride on perverted form of constitutionalism in the name of Ambedkarism and condemn the current Dalit upsurge as an aberration. They find themselves Ambedkarite by default, confirming to the constitutionalist version of Ambedkarism, portrayed by the state, without realizing their inability to transcend their regressive stance that comes out of their material condition. Their undesired fantasy on pacifism and philosophic reduction of Ambedkarism can only harm the Dalit liberation movements. However, the Ambedkarite mass movement has entered into a new era, cultured in radical aspirations that keeps aside the vocabulary of defeatism and relies on community force than their representatives for liberation.In this context, the Tamil cinema has made a significant intervention both as a product of the current assertion and by capturing rooted Dalit’s fury against social oppression.

Chinmaya Mahanand is a PhD scholar from Jawaharlal Nehru University. His doctoral research is on Socio-Political ideas of Ambedkar and Lenin. He is one of the founding members of BAPSA.

Any Confrontation Between India And China Will Be A Huge Blow...