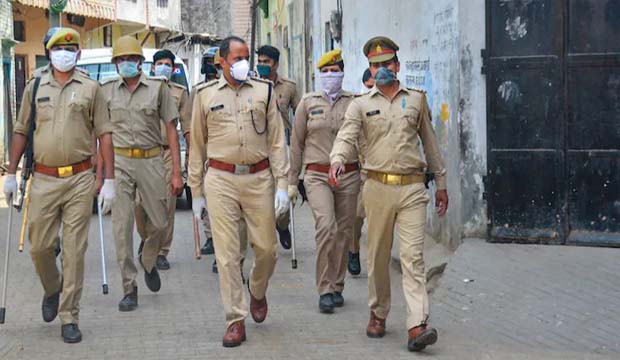 New Delhi: The relatives of a Scheduled Caste family of which four members were killed and a minor girl allegedly also gang-raped have alleged that a neighbouring ‘upper’ caste family is responsible for the crime.

The incident took place in Uttar Pradesh’s Prayagraj, where the bodies of a 50-year-old man, his 45-year-old wife, 16-year-old daughter and 10-year-old son were found in their house, according to NDTV.

NDTV has reported police having said that the family was attacked with a sharp weapon and that there were serious injuries on all of their bodies. Additionally, the minor girl’s body was found in a room while the bodies of the three others were in the courtyard of the house.

Relatives of the family told reporters that police had a role to play in attempting to forge a compromise over a land dispute that had raged since 2019 between the family and its ‘upper’ caste neighbours, according to the NDTV report.

“The deceased family had filed an SC/ST case against some people of the village itself,” said Sarvashresth Tripathi, Deputy Inspector General of Police, Prayagraj, according to ANI.

Tripathi also noted that the deceased family had accused police of not taking action against the accused in the earlier cases.

Meanwhile, the extended family has held that police was, in fact, attempting affect a compromise.

Police have registered an FIR with charges including gang rape and murder against 11 named persons, NDTV noted in its report.