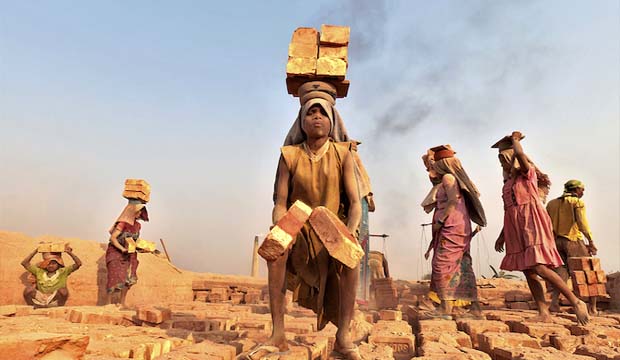 The ILO report, which found that about 11.2 crore jobs might have been lost in the first quarter of 2022, also highlighted the great divergence between richer and poorer nations evident during the recovery period.

New Delhi: Multiple global crises are threatening global labour market recovery, with increasing inequalities within and between countries, according to a new report from the International Labour Organization (ILO).

The ninth edition of the ILO Monitor on the ‘World of Work’ found that after significant gains made during the last quarter of 2021, the number of hours worked globally dropped in the first quarter of 2022, to 3.8% below the pre-crisis benchmark (fourth quarter of 2019). This means that about 11.2 crore jobs might have been lost between this period, according to the report.

The report said that the recent containment measures implemented in China account for 86% of the global decline in hours worked in the first quarter of 2022.

The great divergence between richer and poorer countries evident during the recovery period is reflected in the gender gap in hours worked, the report said. 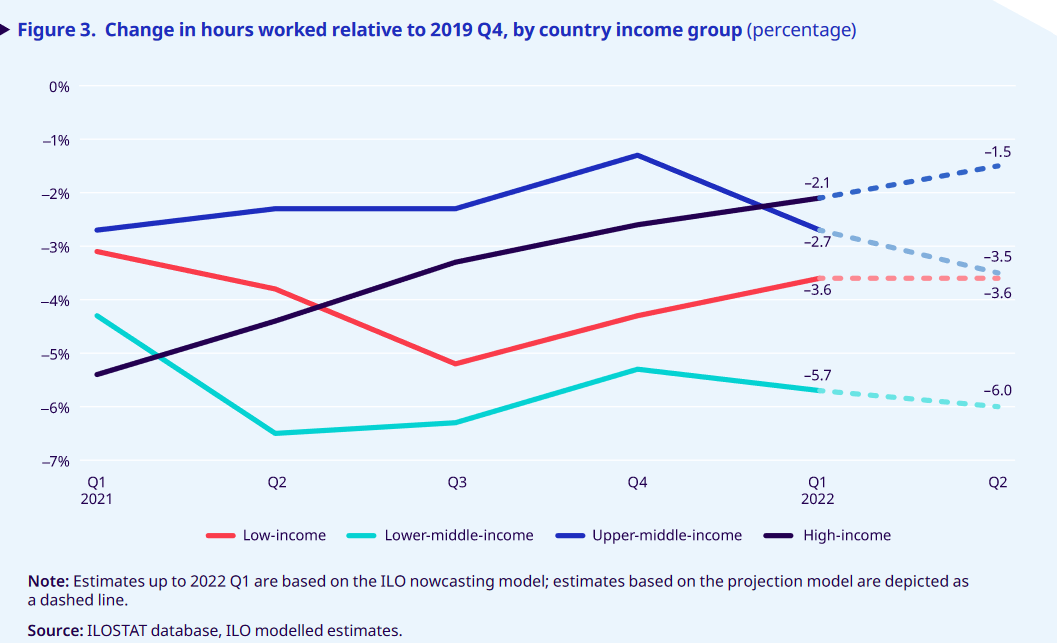 An ILO official, while explaining the ILO data, told The Hindu that for every 100 women at work prior to the pandemic, 12.3 women would have lost their job as an average through the entire period considered by the report. The official added that, in contrast, for every 100 men, the equivalent figure would have been 7.5. “Hence, the pandemic seems to have exacerbated the already substantial gender imbalances in employment participation in the country,” the official said.

Last year, India slipped 28 places to rank 140th among 156 countries in the World Economic Forum’s (WEF) Global Gender Gap Report 2021, becoming the third-worst performer in South Asia. In the 2020 index, WEF had said that India had closed 66.8% of its gender gap, and the country had ranked 112th among 153 countries. However, in 2021, the gap widened.

According to The Hindu, trade unions have urged the Union government to address the issue of unemployment. “Women employment in India has come down, particularly in sectors such as healthcare as a result of the COVID-19 pandemic. The ILO report suggests that the purchasing capacity of the workers should be improved. ILO has been proposing decent jobs and decent wages. We do not have decent employment here in India. Most people are on contract without any social security. If there are no decent wages, purchasing power will also come down. The Code on Wages was passed in 2019 but is not yet implemented. The Wage Committee in 1948 asked the government to implement minimum wage, living wage and decent wage. We have not implemented even minimum wage yet under pressure from industrialists,” Bharatiya Mazdoor Sangh (BMS) general secretary Binoy Kumar Sinha told the daily.

All India Trade Union Congress general secretary Amarjeet Kaur told the newspaper that the ILO’s projections have underestimated the real picture in India. “According to our calculation, 30%-60% of workers – five crore people – who lost jobs during the lockdown have not joined any work. One-third of MSMEs (micro, small and medium enterprises) can never be revived, according to a survey by the associations of MSMEs. Hawkers and vendors are facing problems due to high prices of fruits and vegetables. The Centre had accepted that 50% of the women workforce returned back to cities after the first lockdown. Overall women participation has also gone down. We need more jobs. The governments have to do a lot. They must ensure that there are no retrenchments,” Kaur told the daily.

How Hindutva works to create an urbanity of hate