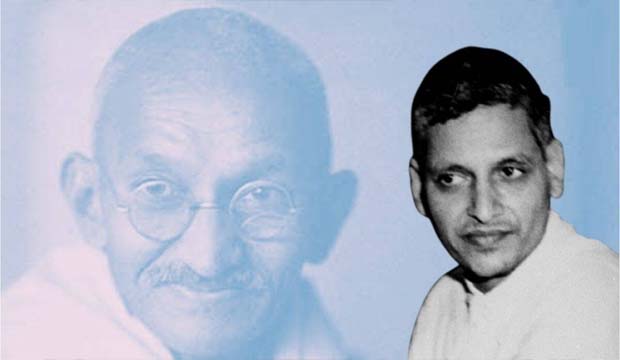 After the contest (and topic) attracted widespread condemnation, the organisers of the event instructed the boy who won the first prize to return the trophy.

New Delhi: The Gujarat government on Wednesday, February 16, suspended a youth development officer hours after reports emerged that an elocution competition on the topic of “Maro Adarsh Nathuram Godse (My idol Nathuram Godse )” was held for school students in south Gujarat’s Valsad district.

Students in the age group of Class V to VIII from about 25 government and private schools took part in the competition on Monday, February 14, at Kusum Vidyalaya, a self-financed school, as part of the district level Bal pratibha shodh spardha (child talent search competition) under the aegis of state government’s youth service and cultural activities department. Prizes were given away to the best performing students on the same day.

“We have suspended the officer concerned Neetaben Gavli with immediate effect after we received an order from the higher officials of cultural department in Gandhinagar. They have also started an inquiry into the incident,” Indian Express quoted Valsad district collector Kshipra Agre as saying.

Meanwhile, the management of Kusum Vidyalaya, the school where the competition was held, said that it had only lent its premises for the event and no teacher or student of the school had participated in the event. However, Vibes of India reported that a student of Kusum Vidyalaya had participated in the elocution contest and had also won a prize. However, the student spoke on a different topic.

On the other hand, B.D. Baraiya, Valsad district education officer, said he wasn’t aware of any such competition even after the contest (and topic) went viral on social media.

According to Vibes of India, after the contest (and topic) attracted widespread condemnation, the organisers of the event instructed the boy who won the first prize to return the trophy. “I really worked hard on it and had taken my teachers also into confidence. This is just not fair,” the winner said teary-eyed after he was asked to return the prize.

The boy was awarded the first prize for his “oratorial clarity, subject knowledge and passionate debate on My Idol: Nathuram Godse”. He was also given a standing ovation after he finished speaking.

It has emerged that the suspended official was the one who okayed the controversial topic along with other topics ‘All I want is to be a bird and fly in the sky’ and ‘I will become a scientist and not go to America’.

Ever since Narendra Modi came to power in 2014, Mahatma Gandhi’s assassin Godse has been hailed by supporters and leaders of BJP, RSS and their affiliate organisations without facing any substantive legal action.

Only 7 of 60 Hyderabad police stations divulge data on cordon...