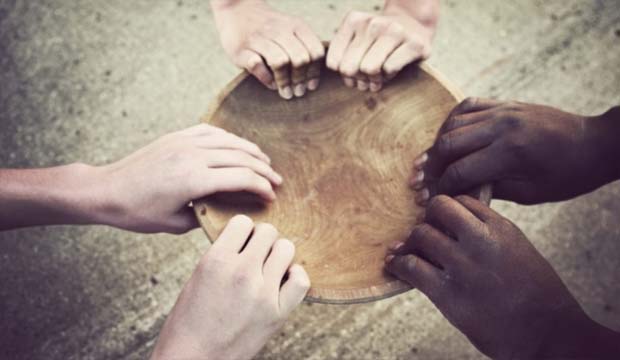 Two years into the pandemic, 66% of the survey respondents said that their income decreased as compared to the pre-pandemic period.

Two years after the pandemic started, the poor and the vulnerable are still experiencing deterioration in the quality of diet, food insecurity, lack of income, and other severe issues, revealed the findings of the Hunger Watch II survey, which was released by the Right to Food Campaign (RtFC) on Wednesday, February 23.

The RtFC, in association with the Centre for Equity Studies and several other networks and organisations, had conducted the first Hunger Watch survey after the national lockdown in 2020 with three broad objectives; first, to track and document the hunger situation among vulnerable communities through in-person surveys; second, to coordinate local action demanding access to rights and entitlements as a follow up to the survey. The third objective is to draw public attention to the scale of the problem and build awareness around the prevailing situation of hunger in the country. The second survey was conducted in 14 states between December 2021-January 2022, with the same objectives as before.

The survey had 6,697 respondents from 14 states, out of whom 4,881 were from rural areas and 1,816 were from urban areas. Among the surveyed households, 31% were STs, 25% were SCs, 19% belonged to the General category, 15% OBCs, and 6% were Particularly Vulnerable Tribal Groups (PVTGs). As many as 71% of the respondents were women. Among different livelihoods, 41% were non-agricultural casual labourers, 19% were casual agricultural labourers, 11% cultivators, and 18% regular salaried informal workers; around 6% of the respondents were unemployed.

Local activists and researchers identified the vulnerable communities in rural and urban areas. “While the results being presented may not be representative of the district, state or country, they do, however, tell a story of deprivation of lakhs of households in similar situations,” said RtFC in a statement released on Wednesday.

As many as 70% of the survey respondents reported their household income to be less than Rs 7,000 per month. These people, who already had enough issues to deal with even before the pandemic, are now struggling to reach the pre-pandemic income levels. Two years into the pandemic, 66% of the respondents said that their income decreased as compared to pre-pandemic period. Among those who suffered a decline in their income, close to 60% said their current income was less than half what it had been before the pandemic. Overall, 40% of the households with working members and 31% of the total

Hunger Watch-II sample reported that their current incomes are less than half of the pre-pandemic levels. Close to 45% of the households had some outstanding debt. Among those with

outstanding debt, 21% of the total respondents have a total debt of more than 50,000 rupees.

Only 34% of the overall sample reported that their household’s cereal consumption in the month preceding the survey was sufficient. Using the Global Food Insecurity Experience Scale, the survey found that 79% of the households surveyed reported some form of food insecurity, and an alarmingly high 25% reported severe food insecurity. Moreover, 41% of households reported that the nutritional quality of their diet had deteriorated compared to pre-pandemic levels; 84% of the households had a ration card, and over 90% of those who had any ration card that is eligible for subsidised grains said they received some food grains.

However, a quarter of households with eligible members said that they did not receive mid-day meal scheme (MDMS) or Integrated Child Development Services (ICDS) provisions. “Many are left out of the food security net, calling for urgent strengthening and expansion of these schemes,” the report said.

Dipa Sinha of RtFC said, “Like we saw in Hunger Watch I, while there is quite a large prevalence of food insecurity and people are reporting that compared to the pre-pandemic, the quality and quantity of nutrition have reduced, some of the social security schemes were reaching people more as compared to the previous survey.” However, she added, because of large-scale exclusions, people who should be entitled to benefits under the public distribution system (PDS), and National Food Security Act (NFSA), do not have access to these schemes.

She added, “While these statistics are important, we also have to remember that there are real people behind these. The numbers do not do justice to the kind of heartbreaking stories we get to hear.”

The Campaign has demanded that the PDS be universalised and extended to include pulses, millets, and oils; the PMGKAY be extended until the pandemic is over; mid-day meals and nutrition served in Anganwadis be revived fully, and be improved to include eggs, milk and fruits. It has also demanded increases in social security pensions, maternity entitlements, and allocations for MGNREGA.

The Remedy to the Agricultural Crisis That No One Is Talking...