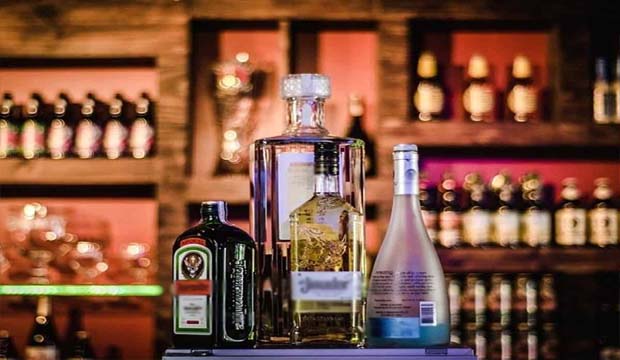 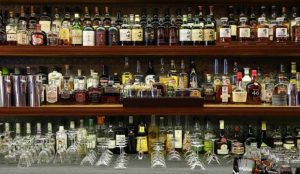 The outlets within GHMC limits have recorded around three times more sales than the average sales during other days.

Soon after the lockdown was announced in Telangana on May 11, a mad rush was noticed across wine shops in Hyderabad. All these days, those who enjoy their alcohol were at ease as government officials and Chief Minister KCR himself reiterated time and again that a lockdown was not an option that the government was considering. The news brought back flashback of the long queues at liquor shops when a lockdown was announced last year during the first wave of the pandemic.

Within hours, most racks in wine shops were empty with people indulging in panic buying. According to market watchers, wine shops within Greater Hyderabad Municipal Corporation (GHMC) limits sold alcohol worth around Rs 25 crore on Tuesday. A majority of the sales were recorded after the lockdown was announced.

“About 90% of stocks were sold by the time we closed our shops on Tuesday. The 10% includes premium brands that don’t sell very easily. On Wednesday morning, the panic buying continued. We had to sell from the remaining 10% stock because we haven’t replenished the stock yet after yesterday’s sales,” said a wine shop owner on the condition of anonymity.

While most shops saw a huge rush on Tuesday after the lockdown was announced, it was only in the evening that the Excise Department directed all outlets to put up a board saying liquor shops would be open from 6 to 10 am during the lockdown in the state.

However, wine shop owners aren’t very happy with the new timings during the lockdown.

“Are people supposed to buy milk, vegetables and other essentials, or are they expected to buy alcohol? There are several logistical issues. There has been no planning by the government. The timings ideally should have been from 10 am to 12 noon or in the evening. The present timing presents a lot of issues. We don’t get essential services passes after we close the shop. We need to deposit money in the bank and then reach home. We will be stopped by the police. Also buying items from the depot to refill our stock is an issue because we don’t get labour during lockdown hours. There are too many logistical issues,” the shop owner said.

Forget Lutyens, the Gandhis Must Also Vacate the Congress Space