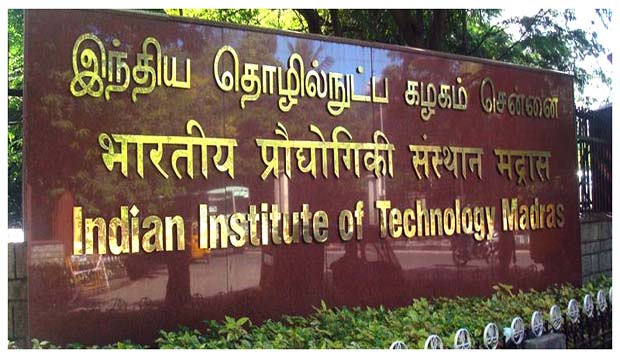 Two weeks back, NCSC sent a notice to IIT Madras based on a complaint by an activist that reservation policies were not followed during faculty recruitment conducted last year.

Ten days after an Assistant Professor resigned from the Indian Institute of Technology (IIT) Madras citing caste discrmination, the National Commission for Scheduled Castes (NCSC) visited IIT Madras on July 12. Two weeks back, NCSC sent a notice to IIT Madras based on a complaint by an activist that reservation policies were not followed during faculty recruitment conducted last year.

However, representatives of NCSC said that their visit to IIT Madras was part of their routine and not specific to any recent happenings.

These are not the first instances of IIT Madras making news for alleged discrimination and for accusations of scuttling reservations.

In May 2017, a student was brutally attacked on campus allegedly for consuming beef, and the institute took no stance condemning the violence. After Fathima Lateef, a first year student died by suicide in November 2019, fingers were pointed at faculty members for alleged discrimination based on her religion. The institute yet again took no measures to mete out justice or prevent such incidents in future.

IIT Madras has been repeatedly criticised for being an exclusively elitist academic space. The Scheduled Caste/Scheduled Tribe and Other Backward Classes Cell meant to overlook the reservation process for student, faculty and staff recruitment is missing on campus; the case is similar with other IITs and nobody is held accountable for it.

Members of ChintaBar, a student group at IIT Madras, say that reservations are more or less fulfilled in the Bachelors courses, but not in the Masters and research programmes.

Sai Chandan, a member of ChintaBar said, “Intake for the B Tech programme is through the centralised admission process of IIT-JEE, but for MS and PhD it is department specific and the departments are not transparent. They have the space for overriding reservations and they do it.” Students allege that for masters and research programmes, faculty members and authorities are directly involved and that influences the implementation of reservations.

Chandan further added, “The institute does not declare the number of available and category-wise division of seats for MS and PhD programmes and the admission criteria is also not fully revealed.”

Elaborating on how the discrimination takes place during admission, Kiran Kumar Gowd, president of the All India OBC Students’ Association, said, “Wherever there is an interview followed by exams, SC, ST and OBC students are clearing without category in the exams, but they are bracketed off in category during the interview or not provided admissions.” This apparently reveals the disparity in Bachelors, and Masters and research programmes.

A PhD scholar from IIT Madras, who wanted to remain anonymous said, “When we ask for explanations for why reservations are not implemented, the authorities give an easy excuse of lack of applicants, but the RTI clearly shows the bias.”

Only student groups have raised the issue, but there has been silence from the side of the faculty members of IIT Madras regarding the laxity in implementing reservations in the admission process.

The PhD scholar also said, “There are few faculty members who stand by the cause, but they hesitate to come out openly and fight the administration. The majority of them are with the authorities or remain aloof.”

But, not implementing caste-based reservations is not only with student admissions, it is the norm with the teaching and non-teaching staff recruitment as well.

A recent RTI revealed that none of the 22 IITs have more than six teachers belonging to the Scheduled Tribes (ST) community, while 18 of them have 10 or less candidates from the Scheduled Castes (SC) category on their faculty rolls. In July 2019, former Education Minister Ramesh Pokhriyal said that the sanctioned strength of faculty in all the 23 IITs was 8,856, of which 2,813 positions were vacant.

PRESSURE TO SET UP SC, ST AND OBC CELL

PhD scholars from IIT Delhi carried out an online petition through Change.org demanding the setting up of permanent SC, ST, and OBC committees in IITs across the country.

In the report submitted by members of ChintaBar to NCSC representatives as well, they strongly demanded for the setting up of the SC, ST and OBC Cell.

The Cell is to overlook the reservation process at all levels of the institute – student, teaching and non-teaching staff.

Kiran Kumar said, “Authorities are in-charge of ensuring proper admissions with reservations, but they do not set up the Cell that is meant for ensuring reservations. There is no punishment for Vice Chancellors and Chairmans who violate it.”

He added, “The Modi-government is saying that it has incorporated so many SCs and STs in the cabinet, but on ground nothing is being implemented. What is the point?”