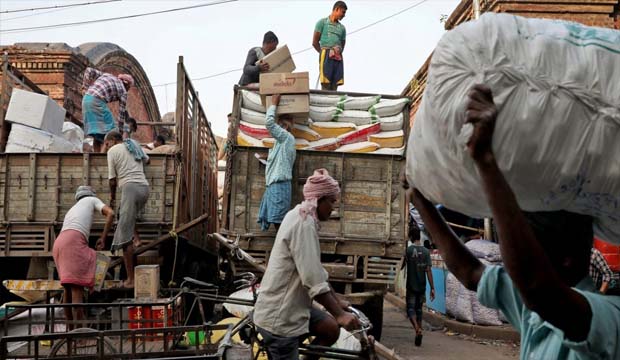 As the government readies for ‘Amrit Kaal’, the citizens deserve to know if the promised ‘ache din’ and ‘New India’ are finally here.

August 15, 2022, is a momentous day for India as it completes 75 years of independence. It is also the promised day.

The Modi government had officially chosen 2022 as the year to usher in ‘New India’, and had set some modest targets for itself. As the government readies for ‘Amrit Kaal’, the citizens deserve to know if the promised ache din and ‘New India’ are finally here.

Speaking at a rally in 2016, Prime Minister Narendra Modi had promised to double farmer incomes by 2022. Latest government data paints a sorry picture. Farmers are earning Rs 27/day from cultivation. Double incomes would have required continuous double-digit growth. However, the growth clocked in the past years has been 2.8%. The frustration with low incomes fuelled the biggest farmers’ agitation in history when the government enacted three anti-farm legislations by stealth.

Speaking at an event in 2018, Prime Minister Modi said, “By 2022, my government will ensure that everyone has a house.” A noble promise that has not been kept. PM Awas Yojana (Urban) dashboard tells us that over 60 lakh sanctioned houses (50% of the target) are yet to be completed.

Back in 2014, the prime minister was quoted as saying, “By 2022, we should do one task. There should be nobody in the country who does not have a house with water, electricity, toilet. This is the minimum task we should do.”

By all accounts, the ‘minimum task’ has not been achieved.

Electricity to every household sounds insincere when we read news of the President’s ancestral village getting electricity only after her nomination in June this year. Similar results appear for the ‘water-and-toilets-in-every-house’ promise.

The Jal Shakti ministry, in a reply to a question in Rajya Sabha, informed that less than 52% rural households have tap water supply. Things get worse. Another reply by the ministry shows that 80% Indians are likely consuming ‘poisonous’ water.

Every village may have been declared open defecation free but the reality is starkly different. A 2021 survey by South Asian Labour Network found that 45% of India’s population is still defecating in the open. Over 12 lakh toilets have been constructed (on paper) but do not exist.

In 2018, the prime minister launched the POSHAN Abhiyan and targeted making India malnutrition-free by 2022. The National Family Health Survey-5 (2019-21) shows malnutrition is rampant and there has been only marginal improvement nationally. In fact, 13 states have reported an increase in stunting. There has been a sharp increase in prevalence of anaemia amongst infants and women, rising by 14.5% and 7.5%, respectively. The Global Hunger Index ranks India 101 of 116 countries, behind our neighbours Sri Lanka, Nepal, Pakistan, and Bangladesh.

The government has failed at achieving a single meaningful welfare-oriented target.

The promise of starting the bullet train between Ahmedabad and Mumbai on August 15 this year has come a cropper. A severely delayed project of national importance has raised eyebrows. Equally worrying is the non-completion of the Bharatmala Pariyojana. The highway construction project was supposed to be completed by this year. Less than one-fourth target has been met and a new deadline of 2028 has been set.

Infrastructure development has been a priority agenda of this government. The failure to meet the above-mentioned targets will rankle the government’s supporters.

NITI Aayog’s ‘Strategy for New India @ 75’ laid down some ‘clearly stated objectives’ for the government. One was GDP growth rate of 9-10% by 2022. Despite the low base due to the massive contraction in 2020-21, the government has failed to achieve a 9% growth rate. Per capita incomes are down to the 2019 levels.

There are several other promises that remain unfulfilled. The non-performance is secular. There are no houses for all, no electricity in every house, farmer incomes have not doubled, or even improved substantially, the bullet train is not operational, ‘Make in India’ has not helped domestic manufacturers or job seekers in a significant way, Bharatmala has been pushed to 2028, and economic growth is uncertain.

It is said that Prime Minister Jawaharlal Nehru had the following lines scribbled in a notepad on his bedside:

The woods are lovely, dark and deep,

But I have promises to keep,

And miles to go before I sleep,

And miles to go before I sleep.

With ache din and ‘New India’ not living up to the promise, there’s miles to go for this government to gain any credibility. It is time they take a leaf out of Nehru’s notepad and keep the poem close.