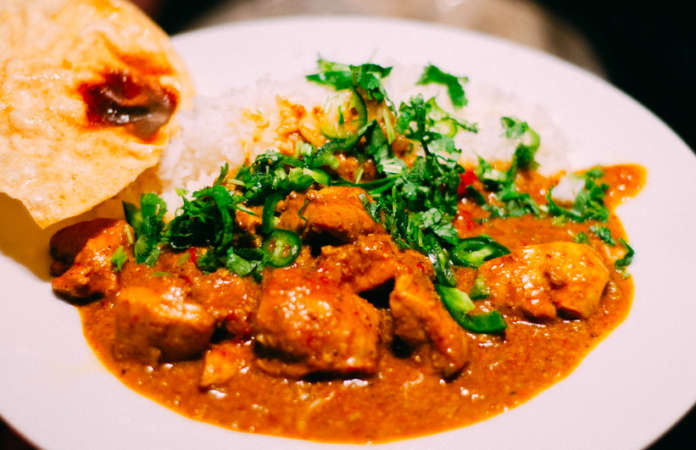 Currently, food politics in India spearheads an aggressive new Hindu nationalism that has led to many of India’s meat eating minority communities being treated as inferior

Vegetarians, far less vegans, let us be frank, would not like to be compelled to eat meat. Yet the reverse compulsion is what lurks in the current proposals for a new ‘planetary diet’. Nowhere is this more visible than in India.

The subcontinent is often stereotyped by the West as a vegetarian utopia, where transcendental wisdom, longevity, and asceticism go hand in hand.

Earlier this year, the EAT-Lancet Commission released its global report on nutrition and called for a global shift to a more plant based diet: “The scientific targets set by this Commission provide guidance for the necessary shift, which consists of increasing consumption of plant-based foods and substantially reducing consumption of animal source foods”.

In the specific Indian context, the call to consume less animal foods has a special significance because it could become a tool to  aggravate an already vexing political situation and stress already under nourished Indians.

Worryingly, the EAT report feeds into the false premise that ‘traditional diets’ in countries like India include little red meat which might be consumed only on special occasions or as minor ingredients of mixed dishes.

In India, however, there is a vast difference between what people would wish to consume and what they have to consume because of innumerable barriers around caste, religion, culture, cost, geography, etc. Policy makers in India have traditionally pushed for a cereal heavy ‘vegetarian diet’ on a meat-eating population as a way of providing cheapest sources of food.

The report says that legume consumption has traditionally been high in many cultures, such as India. Legumes are also expensive, provide low protein quality, are limited by poor digestibility and long cooking time. Often people consume watery legume gruel and that too, if it is available through the public distribution system, which is often erratic. They neither provide best quality proteins nor are they consumed in sufficient amounts.

Currently, food politics in India spearheads an aggressive new Hindu nationalism that has led to many of India’s meat eating minority communities being treated as inferior. Muslims, Christians, Dalits and Adivasis are overtly and covertly coerced into giving up their traditional foods to fit into a vegetarian Hindu identity.

The last two years have seen bitter political battles over provision of eggs, known to increase both taste and nutritional value, in the government supported school mid-day meal scheme.

While the Right to Food campaign, nutritionists, public health professionals and activists have argued in favour of eggs, religious organisations have labelled it a religious imposition, inspite of a majority of children accessing government schools being malnourished and from communities that traditionally eat eggs.

None of these concerns seem to have been appreciated by the EAT-Lancet Commission’s representative Brent Loken, during the launch event at the Food Safety and Standards Authority of India (FSSAI) headquarters in New Delhi on April 4, 2019. At one point during the launch, Loken states:

“India can show the world how traditional diets high in seeds, nuts, vegetables, whole grains and legumes can provide sustainable nutrition without wrecking the planet.”

But how much of a model for the world is India’s vegetarianism then? In the Global Hunger Index 2019, the country ranks 102nd out of 117, whereas data from the National Family Health Survey indicate that only 10% of the infants between 6–23 months are adequately fed.

As a result, no less than 38% of the children under five years are stunted. About one on five women and men are underweight, with a similar proportion being either overweight or obese, especially in urban settings.

Anaemia affects almost 60% of the children aged 6-59 months, more than half of the women between 15-49 years, and almost one on four men in that same age group. Subclinical vitamin A deficiency in preschool children is 62% and is closely associated with malnutrition and poor protein consumption. Hardly a model to be followed.

Children holding plates wait in a queue to receive food at an orphanage run by a non-governmental organisation on World Hunger Day, in Chennai May 28, 2014.Photo: Reuters/Babu/Files

So when EAT-Lancet’s food campaign is  launched in India, run by billionaires but claiming to speak for the world’s poor, it risks sanctioning and rationalising caste-based impositions that poor Indians reel under. In short, it offers another whip to beat already vulnerable communities.

A diet directed at the affluent West fails to recognise that in low-income countries undernourished children are known to benefit from the consumption of milk and other animal source foods, improving anthropometric indices and cognitive functions, whilst reducing the prevalence of nutritional deficiencies as well as morbidity and mortality.

Or that, in India, bone fracture and shorter heights in India have been associated with lower milk consumption. Importantly, traditional livestock gets people through difficult seasons, prevents malnutrition in impoverished communities, and provides economic security.

EAT-Lancet claimed its intention was to ‘spark conversations’ among all Indian stakeholders. The conversation, however, was far from being sparked and the stakeholders were carefully narrowed down to yea-sayers.

Vocal critics of the food processing industry and food fortification strategies, such as the Right to Food campaign, have been left out of the debate along with the National Institute of Nutrition, the 100-year old government nutrition research body whose research points in favour of animal source foods.

But the most blatant omission may as well be the fact that India’s farmers were conspicuously absent.

The alacrity with which FSSAI is ready to promote and project the EAT-Lancet approach seems to subvert democratic consultation processes and to prefer instead the route of unilateral decision making, with the usual multinational businesses as their favourite bed-mates.

Could it be that critical voices are too much of a nuisance when it comes to endorsement of certain industrial agendas by the EAT foundation and its Indian backers? The manufacturing of a ‘plant-based lifestyle’ is a highly lucrative one, with cheap materials such as pea protein extracts, starches, and plant oils at its base.

As a result, various business solutions have been worked out by such companies as Deloitte, in support of the Great Food Transformation and its associated partners of the World Business Council for Sustainable Development.

FSSAI has been embroiled in similar controversies with its scientific panel being populated with ‘experts’ from the food and beverage industry. The organisation also promotes fortification of foods – to the benefit of international firms – in alliance with the event’s co-host, the Global Alliance for Improved Nutrition.

These schemes have been criticised, especially now that a Cochrane review has shown that fortification of rice makes little or no difference to addressing anaemia or vitamin A deficiency.

Rather than addressing chronic hunger and malnutrition through an improved access to wholesome and nutrient-dense foods, the government is thus opening the door for company-dependent solutions.

What is conveniently being ignored here are the environmental and economic cost of shifting tonnes of micronutrients from Western countries on a permanent basis, while at the same time destroying local food systems.

Dr. Sylvia Karpagam is a public health doctor and researcher working with the Right to Food and Right to Health campaigns in India.

Frédéric Leroy is a professor of food science and technology, investigating the scientific and societal aspects of animal food products, writing in individual capacity.

Martin Cohen is a social scientist whose latest book I Think Therefore I Eat (2018) takes a philosophical and sociological look at food science and argues for a more holistic approach to food and health debates.

Majority of Politicians Who Contracted COVID-19 Have Preferred Private Hospitals