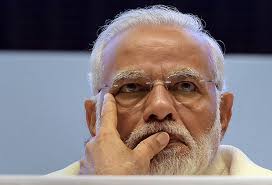 Aatish Taseer wrote a piece for Time magazine that was highly critical of Modi’s actions while in power.

A British Indian author and journalist has been stripped of his Indian overseas citizenship after he wrote an article criticising the regime of the country’s prime minister, Narendra Modi.

Aatish Taseer, who was born in the UK but raised in India and spent a further decade living there from the age of 25, was stripped of his overseas citizenship of India (OCI) status on Thursday.

Taseer, who has written multiple books on India, described the government’s move as “highly suspicious and systematic”. He added: “They are making an example of me and sending a warning message to other journalists.”

The decision followed the publication of his cover piece for Time magazine in May, just before the Indian elections, titled India’s divider in chief, which was highly critical of Modi’s actions while in power.

“Within India, the Modi government has completely altered the media climate, everyone critical has been muffled or silenced,” said Taseer. “And now my case shows that even those who think they are protected because they write abroad or for a foreign publisher, they are not going to be safe either.”

The decision to remove his OCI means he is blacklisted from India and may never be able to return.

“My work is so immersed in Indian life so there is a real pain as a writer, not being able to ever be in contact with this material again,” said Taseer. “And the other kind of pain is very personal. My mother who is 70 lives there. My grandmother who raised me lives there and she is 90 next year. Even if I take this to court, it is unlikely I will ever be able to see her again and for me that is the hardest part of all.” The reason given by the home ministry for its action was that Taseer had “concealed the fact that his late father was of Pakistani origin” and was therefore ineligible for OCI status.

But Taseer denied this, saying his connection to Pakistan had never been hidden and had simply made him an “easy target”. He was not given official written notice that he had been stripped of his OCI status and instead found out via a public tweet from the ministry on Thursday.

Taseer’s father is Salman Taseer, a Pakistani born in pre-partition British India who later held the position of governor of Pakistan’s Punjab province until his assassination in 2011 for opposing the country’s blasphemy laws.

Growing up, Taseer had no connection to his father at all and his mother, a prominent journalist, was his sole legal guardian. Nonetheless, Taseer’s father had been clearly named on all his official documentation registering his status as an Indian citizen, first in 2000 when he received his person of Indian origin status, and again in 2016 when it was transferred to OCI status “without any issue”.

“I never had any problems with my citizenship until after the Time piece was written,” said Taseer. “There have been a number of times where my father’s Pakistani nationality has been as clear as day. I wrote a book on discovering him aged 21. He was assassinated in 2011 and it was a major story across the world. Everyone knew he was my father, that there was this connection, and not once did anyone in the government raise a question about my OCI status. But within 90 days of that Time story, suddenly it gets raised.”

In September Taseer received a letter saying the government was taking action against him for allegedly defrauding the home ministry and his OCI status was under review.

It followed an alleged smear campaign against him in India led by Sambit Patra, the spokesperson for Modi’s Bharatiya Janata party, and which was then picked up by Modi himself after the publication of the Time magazine article, where Taseer was repeatedly described as having an anti-India agenda due to his “Pakistani political family” background.

In a tweet on Thursday before declaring his OCI status had been stripped, the home ministry claimed Taseer had not asserted his right to appeal, which he also said was untrue.

The Committee to Protect Journalists (CPJ) said Taseer’s fate showed that Modi’s governing party was intolerant of criticism and freedom of the press. Under Modi, in power since 2014, India has fallen to 140th out of 180 in the World Press Freedom Index compiled by Reporters Without Borders.

Pen America, which defends freedom of expression, said: “Harassing critical writers and journalists not just in India but globally is a disturbing new low for Modi’s government that’s already put Indian democracy on its heels.”

Taseer said he was fearful he was only the first to be targeted by the regime, and that OCI status would now be used as a sword of damocles to target Indian journalists writing internationally. “There are a lot of journalists who, like me, rely on this as a foundational document to connect them to their country, to own land, to visit family, to live in India as long as you like,” he said. “Now, anyone in a similar situation to me knows they are on notice.”

Dalit woman in India dies 14.6 years younger than an upper-caste...