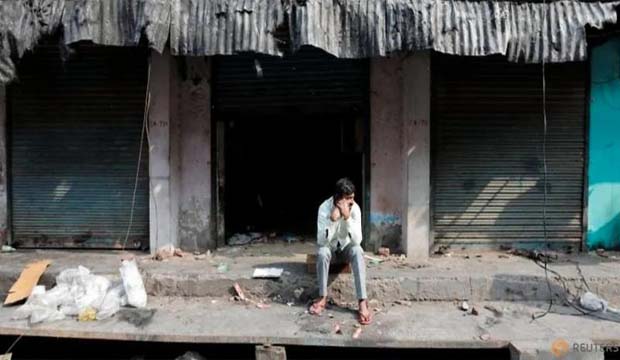 The Indian society has been programmed to distance itself from its own humanity; its members no longer think for themselves, and accept as just any actions that are being taken against the marginalised.

This is a follow-up, for want of a better word, to N.C. Asthana’s incisive and disturbing article, published in The Wire, titled ‘Persecution Of Muslims Is No Longer About Divisive Politics: The Real Motive Is To Dehumanise’ on April 2.

Asthana underlines “the sheer moral depravity in recent cases of assault on Muslims” with the clear intent to debase and humiliate them, subjugate them so entirely that they are “totally disempowered” and realise their “unequal and inferior status”. What is worrying, he continues, is the “growing social acceptance and approval of these inhuman actions”, and he asks why, in view of the polarisation of society to such an extent that “electoral victories [for the ruling party] are assured”, there is “an ever-increasing gusto for such crimes”.

Isabel Wilkerson provides an answer in her brilliant and path-breaking study Caste: The Origins of Our Discontents with which I am sure many readers of The Wire are familiar. Wilkerson links the Indian caste system, the philosophical underpinnings of Nazism, and racism in America, and documents how these “caste systems” as she calls them, have influenced and directed the lives and behaviour of whole peoples and nations. The hierarchy of caste, she emphasises, is not about feelings or morality but about “power – which groups have it and which do not”, and she analyses how it operates.

In a key passage, Wilkerson states: “Dehumanisation is a standard component in the manufacture of an out-group against which to pit an in-group.” It is a “monumental task” for it is a “war against truth, against what the eye can see and what the heart could feel if allowed to do so on its own”. It does not “happen by accident”, it is “a process, a programming”.

“It is hard,” Wilkerson continues, “to dehumanise a single person standing in front of you, wiping away tears at the loss of a loved one, just as you would,” to “dehumanise a single individual” you have got to know. “Which is why people and groups who seek power and division do not bother with dehumanising an individual. Better to attach a stigma, a taint of pollution to an entire group.” (Emphasis added)

If the group is dehumanised, so of course is every person in it. But she then goes on to make a crucial point, a point I wish to stress:

Dehumanisation distances not only the out-group from the in-group, but those in the in-group from their own humanity. It makes slaves to groupthink of everyone in the hierarchy. A caste system relies on de-humanisation to lock the marginalised outside of the norms of humanity so that any action against them is seen as reasonable.

It is this “dehumanisation” of society which is terrible and terrifying. What we have, as Asthana puts it so well, is a “deadly combination of a majoritarian regime and a hate-filled, brainwashed majority” and the “misuse” by that majority of “state and police to persecute and torment”.

We Didn’t Bleed Him Enough”: When Normal is the Problem