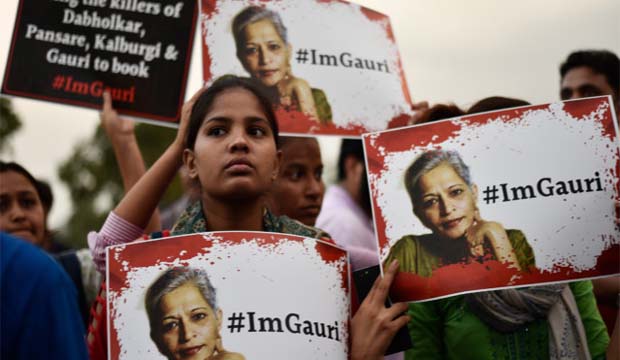 Journalists across India have been put behind bars for tweeting opinions, sharing someone else’s posts on social media, for making and sharing photos of crime scenes, political cartoons, memes, for simply doing their jobs as reporters, photographers, cartoonists, and editors. Journalists who have dared to be critical of the ruling party, both in the Centre, and in many states, in their reportage, have had Sedition charges slapped on them, along with a bouquet of other offences under the Indian Penal Code, including fraud, inciting communal gate, violating the SC/ST act, using ‘bad language’, even talking to, or taking a lift from someone under the police scanner, and now for violating Covid-19 rules and protocols. In places like Kashmir they have been slapped for taking and posting a photograph, for occupying government alloted accommodation, for asking that basic communication services including the internet be restored. Many still remain in jail, many more have managed to secure bail and continue to pursue their legal battles in distant courts.

But at least they are still alive.

Gauri Lankesh, who was publicly critical of the government in charge, was shot dead outside her home in Bangalore, Karnataka on September 5, 2017. Her killers, all affiliated to different right wing extremist organisations, wanted to silence her for her secular views and her stand against hardline groups that spread communal hate. Since then, 17 people have been arrested in connection with the case, and one accused is still missing. At present, the case is before the Karnataka Control of Organised Crime (KCOCA) Court. She was killed for her sharp reporting, and for refusing to give in to any kind of political pressure. That was one of the most explosive examples of ‘death of press freedom’ or an attack on the media.

Shujaat Bukhari, Rising Kashmir’s founding editor was shot dead on June 14, 2018, close to his office in Srinagar. He was one of the best known and most respected journalists from the region, and hailed for his knowledge, detailed news coverage, and nuanced opinions. That case too remains under investigation, and is no longer in the spotlight.

Press freedom in India is being tested every day when those working on news reports that may have exposed government lapses of varying degrees, are earning more criminal accusations, and court cases than by-lines.

Here is a list of journalists who have been attacked, arrested, charged with Sedition, booked under UAPA, accused of fraud, and have been named in numerous FIRs, had legal summons thrown at them by the authorities in the states mentioned, and elsewhere. The list is just the tip of the iceberg of the state of press freedom in India. There are many more, especially freelancers reporting from smaller towns and villages whose harassment may have not even been recognised by their own fraternity working in big cities. The list continues to grow each day.

The Guardian had reported that in the peak of Covid-19 pandemic the Indian government had clamped down on media coverage critical of its handling of the pandemic. Over 50 Indian journalists were arrested, assaulted, had police complaints registered against them. In March this year, the government had made all efforts to muzzle the media in wake of heart-rending images of migrant workers walking back home in the wake of the sudden Covid-19 lockdown. SabrangIndia had analyzed in detail the Supreme Court hearing a batch of writ petitions in public interest for redressal of grievances of migrant labourers in different parts of the country. The Supreme Court took note of not just the migrant crisis, but also the efforts made by the government as mentioned in a status report submitted by the center.