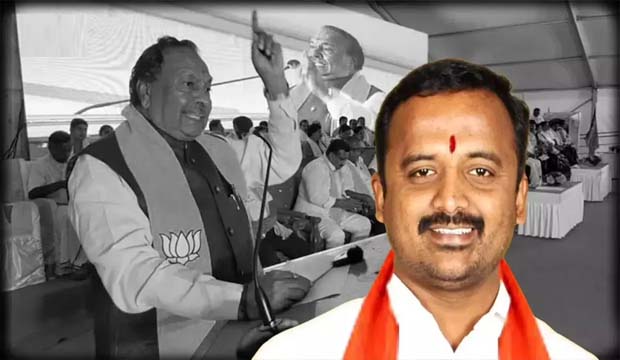 According to the preliminary investigation, Santosh K. Patil died by suicide and blamed the minister in messages that he sent to his friends.

New Delhi: A contractor who had accused the Karnataka rural development and panchayat raj (RDPR) minister K.S. Eshwarappa of graft was found dead in a lodge in Udupi on Tuesday morning.

According to the police, the preliminary investigation suggests that Santosh K. Patil had died by suicide. The body of the contractor and BJP member, who is from the Belagavi district, was found in a room in a private lodge. His friends were staying in the adjacent room.

Patil reportedly sent some messages to a few media houses saying that he was dying by suicide and alleged that Eshwarappa was responsible for his death.

Opposition parties in the state demanded Eshwarappa’s resignation and arrest, but his colleagues in the cabinet defended him.

On March 30, Patil, who had claimed to be a BJP worker, alleged that he had executed road work in 2019, for which Eshwarappa’s assistants had demanded a “commission”.

According to The News Minute, which first reported his allegations, Patil said he did not have a work order for the road work that he undertook in Hindalga because Eshwarappa had “given him an oral assurance that he will personally take care of everything”.

“But neither the work order was raised, nor was the payment released. When I kept following up with Eshwarappa, some of his assistants asked me for 40% of the total project — almost Rs 4 crore — to have the total payment processed,” he told the news website.

Eshwarappa said he cannot explain why Patil had blamed him in the note. “He could have written it but I have no information about it. I have no clue why he wrote my name in the note and why he accused me. Only he can answer but he is no more.”

“I have no information. I had filed a case (defamation suit) against him for levelling the charges and the case was admitted. I am learning about the suicide from you (media),” Eshwarappa said.

“Santosh K. Patil is a BJP worker himself, has clearly said that Eshwarappa is directly responsible for his death. This comes under the ingredients (of offence) under Section 300 of the IPC warranting punishment under Section 302 (murder) of the IPC,” Congress leader Siddaramaiah told reporters.

“Immediately Eshwarappa should be arrested and he should be dismissed from the cabinet forthwith. Chief minister Bommai should not allow him to continue as a minister in his cabinet,” the former chief minister said.

The Congress leader referred to an incident during his term, when a deputy SP who had died by suicide had accused the then home minister K.J. George of exerting pressure. Siddaramaiah said that based on the private complaint, a case was registered and accordingly, George had resigned.

The same precedence must be followed, Siddaramaiah said.

When asked about Eshwarappa’s statement that he himself has filed a defamation suit against the contractor, Siddaramaiah said, “What Eshwarappa says is not important. He should be dismissed from the cabinet, a case must be registered and he should be arrested based on what Santosh Patil has said.”

The Congress general secretary and Karnataka in charge Randeep Singh Surjewala alleged that communal passion is being flared up in Karnataka to “cover up rampant corruption” in Karnataka, which is “evident from the instant case”.

Later in a series of tweets, Siddaramaiah said the “entire BJP is responsible for his death”.

“Sequence of events suggest that Santosh Patil did not take the decision in haste. He had written letters to @PMOIndia @narendramodi & @MoRD_GOI @girirajsinghbjp to provide relief from corruption by @ikseshwarappa. The entire @BJP4India is responsible for his death,” Siddaramaiah tweeted.

Calling the Basavaraj Bommai government in Karnataka as ‘40% BJP Sarkar’, Siddaramaiah said, “Narendra Modi should be ashamed to coin the slogan ‘Na Khaunga, Na Khane Dunga’. He should limit himself to writing scripts for Bollywood films, instead of running the govt. I am not sure if he is capable to do even that.”

Later, Congress activists staged a demonstration in the city demanding the arrest of Eshwarappa and his expulsion from the Cabinet.

In the Memoir of One Young Woman, the Story of Indian...