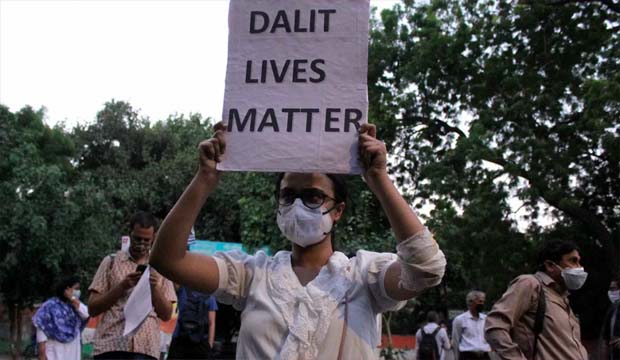 Five people have been arrested in connection with the incident after Dalit organisations staged protests.

New Delhi: A Dalit family in Miyapura of Koppal district, Karnataka, has been asked to pay a penalty of Rs 23,000 by ‘village elders’ after their two-year boy entered a local Anjaneya temple, News Minute has reported.

According to reports, the village has a ‘norm’ that proscribe entry of Dalits into temples, a practice that is in violation of existing laws.

Although the incident took place on September 4, the issue came to light only recently when Dalit organisations in the region staged protests and the issue reached the police. The family in question had earlier pleaded with village authorities that they cannot afford to pay Rs 23,000 in a penalty, but their pleas were rejected, and instead, ‘village elders’ initiated action against them.

As of Wednesday, September 22, the police arrested five persons in connection with the incident after Balachandra Sanganal, an assistant director of the local social welfare department, approached the police.

According to Chandru, his son’s birthday was on September 4, when the incident took place. The family wanted to offer prayers in the Anjaneya temple located in front of their home. And, it was raining that day and his son entered the temple. The boy’s entry was opposed by the temple priest and others, who belonged to the Ganiga community, a sub-caste of Lingayats.

When the matter reached ‘village elders’, it was decided, in consultation with the priest, that the family had to pay Rs 23,000 for the “purification of the temple”. Chandru, who belongs to the Chennadasar community, a Scheduled Caste, pleaded with them that he works as a daily wage labourer and the said amount is more than what he earns in two months.

“I am a labourer and my wife does not work. How can they do this?” asks Chandru. “We are new to this place and have been here for just two years. These incidents have happened many times before here.”

After Dalit organisations held protests, a meeting was held by the police, involving all communities in the village, and urging them not to follow casteist practices. However, a government official who was part of that ‘peace meeting’ believes that peace achieved in the village is “precarious and temporary” as upper caste members will find a way to trouble the family and Dalits in the village in the future.

“Because this issue became a police case, the supposed elders pretended to let go of it. But there have been threats to the family for raising their voice against this. Our fear is that there will be no issues for a while but the Upper Caste people will find a way to trouble them and those from the community again very soon,” News Minute quoted the government official as saying.

Meanwhile, R. Mohanraj, Dalit Swabhimani Sangharsha Samiti state convener, says that it is not a one-off incident, but indicates there have been several such instances of discrimination against Dalits in the region in the recent past.