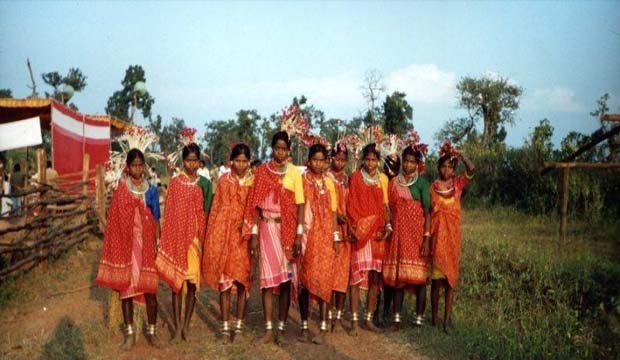 Madhya Pradesh is home to India’s largest population of indigenous peoples, but is also the state with the highest number of rape cases involving tribal women, among other crimes.

Bhopal: One tribal man was killed and three others injured when a forest patrol team fired at them on the suspicion that they were wood smugglers. The incident took place in Vidisha district, Madhya Pradesh, on August 9 – coincidentally the date observed as the International Day of the World’s Indigenous Peoples.

The deceased has been identified as Chayn Singh Bhil of Raipura village.

“Chief Minister Shivraj Singh Chouhan has ordered a judicial probe into the incident and the suspension of the forest employees who were part of the team that opened fire,” Madhya Pradesh home minister Narottam Mishra told media persons on August 10 at his residence in Bhopal.

A few minutes after dusk on Tuesday, August 9, the Lateri South Range forest office of Vidisha district in Madhya Pradesh received a tip that a group of people, all from the tribal communities and suspected to be wood smugglers, had entered the forest range.

Based on this information, patrolling teams of the North and South Lateri forest guards reached village Khattepura and waited for the suspected wood smugglers to return.

On seeing the forest guards, the tribal men reportedly became nervous and abandoned their motorcycle in an attempt to escape. This led the guards to fire upon them, killing Chayn Singh Bhil and injuring three others.

According to Rajendra Singh, a local who was with the deceased and the injured at time of the incident, the forest guards had fired without provocation. Singh reportedly confessed that the group had indeed been smuggling wood from the forest as they had no other source of income.

However, according to Rajbir Singh, the Vidisha divisional forest officer, when the group of tribal men abandoned their motorcycle and fled, they also pelted stones at the team of forest guards. The forest guards had fired in the air in self-defense, killing one man and injuring three others.

A series of atrocities

In June 2021, the decomposed bodies of five people were recovered from a pit in Nemawar tehsil of Dewas district. All five of these people had been missing for over 45 days, demonstrating the administration’s apathy towards the sufferings of the tribal communities.

In January this year, a tribal woman eight months pregnant reportedly miscarried her baby after a group of men, allegedly from the Rashtriya Swayamsevak Sangh (RSS), attacked a tribal village in Madhya Pradesh’s Barwani district on the suspicion that religious conversion was taking place there.

On December 31, 2021, in another case of suspected religious conversion, a mob of 25-30 people stormed into the house of one Sardar Vaskale in village Devra, 50 kilometres from the Satna district headquarters.

Despite their vulnerabilities, the tribal communities in Madhya Pradesh have enough demographic strength to be able to influence the course of assembly elections.

Madhya Pradesh has the second largest population of Gond and Bhil tribal groups in India. The state has recognised 46 Scheduled Tribes who are spread across the state’s 52 districts. Six major tribal groups – Gond, Bhil, Sahariya, Kol, Kurku and Baiga – account for more than 90% of the 1.53 crore tribal population.

In the 2018 assembly elections, the Bharatiya Janata Party (BJP) lost its majority for the first time in 15 years due to lack of support from the state’s tribal and SC constituencies.

Now gearing up for the 2023 assembly elections, the BJP’s strategies seem to relate to tribal identity.

Prior to this, the Madhya Pradesh chief minister had announced that the Patalpani railway station near Indore would be named after the tribal icon Tantya Bhil. Even before that, Bhopal’s Habibganj railway station was named after Rani Kamalapati, a tribal queen.

At the same time, atrocities against the tribal communities continue to rise in the state.

“The highest number of tribal persons reside in Madhya Pradesh, but I am pained by the fact that they are facing maximum atrocities in this state,” alleged Kamal Nath, former chief minister of Madhya Pradesh from the Congress party, speaking at Patalpani on the occasion of World Tribal Day.

Meanwhile, climate change might have already started stressing the indigenous peoples’ ancient and sacred relationship with forests. Two months ago, Vidisha district was one among seven regions to record day temperatures above 46° Celsius.

Suppress The Dissent: Government Of India’s One Stop Solution To Every...