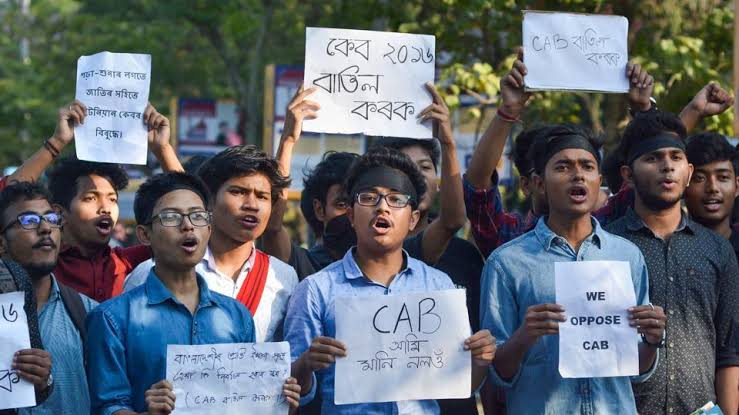 The amended citizenship bill applies to people who were “forced or compelled to seek shelter in India due to persecution on the ground of religion..”.

WHAT IS THE CITIZENSHIP (AMENDMENT) BILL?

– The bill amends the Citizenship Act, 1955 to make people from Hindu, Sikh, Jain Buddhist, Christian and Parsi faiths who entered India from Afghanistan, Bangladesh and Pakistan eligible for citizenship.

– In case a person belong to the aforementioned faiths, from these three countries, does not have proof of birth of parents, they can apply for Indian citizenship after six years of residence in India.

– The amended bill applies to people who were “forced or compelled to seek shelter in India due to persecution on the ground of religion..”.

WHAT IS THE CUT-OFF DATE?

The cut-off date for people to be eligible for citizenship is December 31, 2014. This means they need to have entered India on or before that date. Under the current law, citizenship is given either to people born in India or if they have resided in the country for a minimum of 11 years.

There are two exceptions to the bill. The CAB will not apply to areas under the sixth schedule of the Constitution – which deals with autonomous tribal-dominated regions in Assam, Meghalaya, Tripura and Mizoram. The bill will also not apply to states that have the inner-line permit regime (Arunachal Pradesh, Nagaland and Mizoram). Theseexceptions didn’t exist in the earlier version.

WHAT IS THE AIM OF THE GOVERNMENT?

– The amendments proposed in the Citizenship Amendment Act 1955 will extend the facility of Indian citizenship to a specific class of persons who are presently facing hardships in acquiring citizenship,” the amended bill reads.

– The bill will also enable the govt to cancel the registration of someone’s OCI card if they violate the provisions of the citizenship law or any other law.

HOW IS THIS DIFFERENT FROM NRC?

– The recently completed National Register of Citizens process in Assam was aimed at weeding out illegal immigrants from citizenship rolls. It mandated that a person had to prove that either they, or their ancestors were present in Assam on or before March 24, 1971. The next day, the war of liberation in Bangladesh began, sending tens of thousands of refugees into India.

– The government has said it will extend the NRC process to the rest of India. The NRC process in Assam was not based on religion. The CAB, on the other hand, is targeted towards certain faiths.

WHY ARE THERE LARGE-SCALE PROTESTS AGAINST CAB IN ASSAM?

In Assam, many groups feel that the CAB will nullify the 1985 Assam Accord, which fixed March 24, 1971 as the cut-off date for deportation of all illegal immigrants irrespective of religion. These activists also say that the NRC process was aimed against all illegal immigrants and the CAB will selectively benefit non-Muslim migrants into Assam. “We cannot accept the CAB at any cost…” said Sammujjal Bhattacharya, advisor to the All Assam Students Union. In the rest of the country, opposition parties have said they have a problem with the government linking India’s citizenship to religion.

A song – On Veterinary Doctor Raped and Murdered in Shadhnagar...