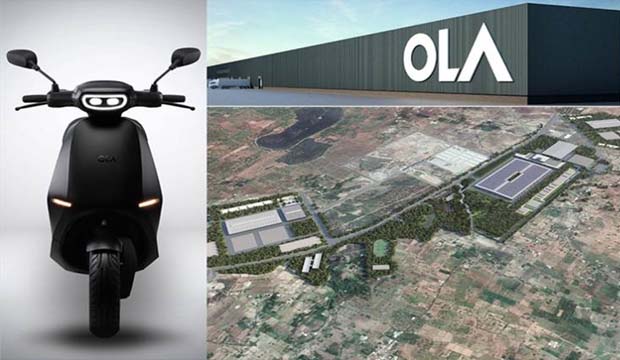 Electric scooter maker Ola Electric on Monday, September 13 announced that its two-wheeler manufacturing facility called Ola FutureFactory set up in Tamil Nadu will be run entirely by women. “We welcomed the first batch this week and at full capacity, Futurefactory will employ more than 10,000 women, making it the world’s largest women-only factory and the only all-women automotive manufacturing facility globally,” said Bhavish Aggarwal, Chairman and Group CEO.

Built over 500 acres in Krishnagiri district of Tamil Nadu, the facility will roll out one scooter every two seconds at full capacity. “It will have 10 production lines running at full capacity. It will be the most advanced two-wheeler factory with 3,000 AI-powered robots built on Industry 4.0 principles,” he added. It will be an integrated manufacturing facility, addressing all needs from battery to finished goods.

In 2020, Ola Electric acquired the Netherlands-based Etergo BV, an innovative electric scooter company known for its award-winning ‘AppScooter’ for an undisclosed sum and announced its foray into the premium electric two-wheeler market, both globally and nationally.

Meanwhile, Ola is all set to start the online sale process of the Ola S1 and S1 Pro electric scooters on September 15. The company in August had launched the Ola electric scooter in two variants — S1 and S1 Pro — at Rs 99,999 and Rs 1,29,999, respectively (ex-showroom including FAME II subsidy and excluding state subsidies). It had announced that the scooter would be available for purchase from September 8 and deliveries would start in October.