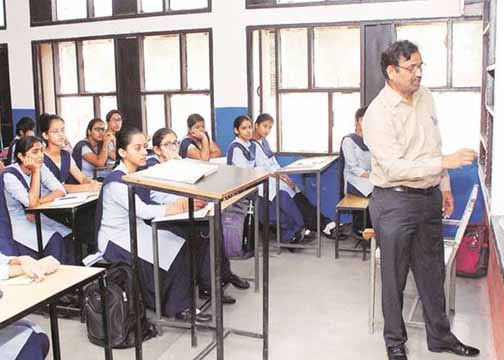 The number of teachers in the country’s higher education institutes was 14,16,299 in 2018-19, according to the All India Survey on Higher Education 2018-19. The survey, other aspects of which have been reported in The Indian Experess also looks at the gender and socio-religious breakup of the teaching community in these higher learning institutions.

On the other hand, there are a few states such as Kerala, Punjab, Haryana, Chandigarh, Meghalaya, Nagaland, Delhi and Goa, where the number of female teachers is more than that of male teachers.

In post-wise gender distribution, male teachers heavily outnumber female teachers in most senior positions. On the other hand, the ratio among demostrators and tutors is 190:100, meaning that there are nearly two females in such posts for every male counterpart. Among temporary teachers, the breakup is almost equal, at 98 females per 100 males.

REPLUG: Rohith Vemula, Your Sacrifice was Not in Vain

The two largest democracies in the world are the sickest now