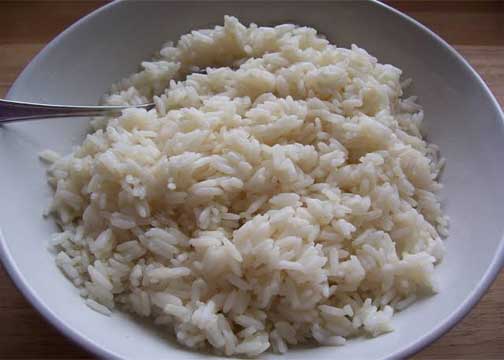 A diet of whole grains and plant-based food that is healthy for humans and the planet is unaffordable for a quarter of the globe, suggests new research.

In January this year, the results of the three year EAT-Lancet Commission took the world of health and nutrition by storm, formulating a universal diet for the health of humans and the planet. The diet of 2,500 Kcal a day recommended a move away from processed flour towards more whole grains, reducing animal foods, and increasing plant based food consumption. These recommendations were aimed at better human health and a shift away from environmentally unsustainable foods, red meat in particular. Mint found that Indians on average ate more carbohydrates, sugar and processed food than recommended, and less protein (both animal and plant-based) and less fruit and vegetables than what was recommended.

But the commission may have erred in recommending a diet that 1.58 billion people globally cannot afford, new research by William Masters and Yan Bai at the Friedman School of Nutrition Science and Policy at Tufts and Kalle Hirvonen and Derek Headey at the International Food Policy Research Institute (IFPRI), published in Lancet Global Health, argues.

To compute the affordability of an EAT-Lancet diet in each country, the`1 researchers used retail prices for standardised items from the International Comparison Program, a collaboration between the World Bank and country statistical agencies, the IFPRI researchers said.

“They used prices for 744 food items in 159 countries, from which they could identify the lowest-cost combination of items in each country to meet EAT-Lancet criteria,” an IFPRI statement said. “They then did the same for nutrient requirements and compared the cost of food in each country to survey data on household expenditure and income per capita from the World Bank’s PovcalNet system.”

“Eating right” is expensive. Eating the recommended share of fruits and vegetables is particularly expensive and it would take up a third of the total cost of food in South Asia. Meat is expensive too. Despite making up just 6% of the daily recommended calorific intake, this quantity would cost nearly 20% of the entire food cost of this diet in South Asia.

For India in particular, poultry, eggs and fish, fruits and legumes and nuts would make the EAT-Lancet recommended diet expensive. At 2011 prices, the cost of their recommended diet would be ₹34 per person per day.

Globally, nearly a quarter of people would not be able to afford the diet, the proportion being highest in sub-Saharan Africa and South Asia, the researchers found. In India, 38.97% of Indians as of 2011 would not have been able to afford this diet.

Food affordability is strongly linked to class in the country. The poorest are already spending upwards of six out of every ten rupees on food, leaving them little space to raise their expenditure on food, particularly on expensive fruits, vegetables, legumes, nuts and meats.

At a minimum cost of ₹33.69 per day, the diet recommended by the EAT-Lancet commission would cost three times what the poorest 5% of rural Indians and 2.5 times what the poorest urban Indians typically spend on food. It would only approximate what the top 20% of rural Indians and the top 40% of urban Indians spent on food, according to the 2011-12 consumption expenditure survey.

The leaked portions of the latest consumption expenditure survey conducted in 2017-18, and published by Business Standard on Friday, suggested that the average consumption expenditure of Indians declined in real terms between 2011-12 and 2017-18. So did spending on food, the report said. Following the leak, the ministry announced that it would not release the report, citing ‘discrepancies’ with other data sources.

A comparison between the data from the last ‘official’ consumption expenditure survey (2011-12) and the Commission’s recommendations as costed by the new research suggests that eating the recommended quantity of fruits and vegetables is unaffordable for all but the richest Indians.

In this context, helping developing countries eat better “would require some combination of higher income, nutritional assistance, and lower prices,” the researchers suggest.

“Even if many poor consumers were to aspire to consume healthier and more environmentally sustainable foods, income and price constraints frequently render this diet unaffordable. Increased earnings and safety-net transfers, as well as systemic changes to lower food prices, are needed to bring healthy and sustainable diets within reach of the world’s poor,” said Hirvonen, the lead author of the Lancet study.