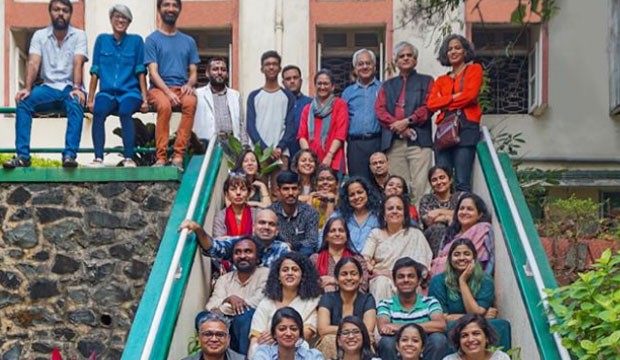 It’s been given to “PARI collectively for its army of field reporters, volunteers and its dedicated team…”

The People’s Archive of Rural India has won the Prem Bhatia Award for outstanding journalism, 2020. The award, the Prem Bhatia Memorial Trust notes, recognises PARI’s “extensive field reports, including climate change effects and the impact of the pandemic on rural India” and is being given to “PARI collectively for its army of field reporters, volunteers and its dedicated team…”

PARI’s landmark and ongoing climate change series, contains, so far, stories from multiple regions across 11 states, told in the voices of people and communities – of climate change as it unfolds and is observed and experienced, in big and imperceptible ways, every day by everyday people.

PARI’s unparalleled coverage of the pandemic and the lockdown includes (so far) more than 100 stories and vital documents from over 30 regions across 20 states and union territories. They’re about migrant labourers, of course, but also recognise and cover the impact of the lockdown on the many delicately interwoven economies of rural India – of farmers, boatmen, labourers urban and rural, sugarcane-cutters, weavers, toy-makers, other artisans and craftspeople, f sanitation workers, displaced labourers, cancer patients from rural areas waiting on the footpaths outside Mumbai’s major hospitals, nomadic pastoralists, daily wagers, folk artists, fisherfolk, barbers, brick kiln workers, harmonium repairers, and Dalits and Adivasis in various occupations…

The Prem Bhatia awards were instituted in 1995 in memory of eminent journalist Prem Bhatia (1911-1995), to propagate the values that he stood for: objective reporting, fearless pursuit of the truth and a commitment to improving the standards of journalism in India.

The award this year for reporting on political issues was given to Dipankar Ghose of the Indian Express. Our congratulations to him.

This is the 24th award won by PARI since we launched in December 2014. The full list so far:

People’s Archive of Rural India (PARI): Awards received from 2015 to 2020
24. Prem Bhatia Memorial Trust, New Delhi, 2020
The Pari Team won the Prem Bhatia Award for journalism on Environment and Development issues “for its extensive field reports, including climate change effects and the impact of the pandemic on rural India.”

23. Public Relation Council of India, Bengaluru, 2020
PARI Fellow M. Palani Kumar won the Communicator of the Year – Best Story of the Year award for Tamil Nadu’s seaweed harvesters in rough seas. This is a photo story about an unusual activity of the fisherwomen of Bharathinagar in Tamil Nadu, which keeps them more in the water than on boats. And how climate change and overexploitation of marine resources are eroding their livelihoods.

22. Public Relations Council of India, Bengaluru, 2020
PARI Reporter Jyoti Shinoli won the Communicator of the Year – Best Content of the Year award for her story Pardhi school bull-dozed by Prosperity Highway. The story is about a school in Amravati district, Maharashtra, started by a Phanse Pardhi teacher for kids from his long-stigmatised and impoverished community, which was demolished on June 6, 2019, leaving them anxious and uncertain.

21. Press Institute of India and the International Committee of the Red Cross, New Delhi, 2019
PARI Fellow Urvashi Sarkar won the first prize in the Best Article category for her article ‘Our houses are vanishing. Nobody cares’. The story tracks climate-related displacement and looks at the migration of people between Sagar and Ghoramara Islands in West Bengal, and the vanishing of islands, homes and livelihoods.

17. Mumbai Press Club, 2019
PARI Reporter Jyoti Shinoli won the Red Ink Award in the Women’s Empowerment and Gender Equality category for her story Collecting 6,000 leaves a day for a living, published on PARI on May 3, 2018.

15. The Statesman, Kolkata, 2018
PARI Author Puja Awasthi won the Statesman Prize for Rural Reporting for two stories published on PARI on July 5 and August 3, 2017: Beaten but unbowed – Sunanda Sahoo’s silent struggle and Drums and dreams beyond pickle and papad

14. Population First, New Delhi, 2018
PARI Fellow Urvashi Sarkar received the Laadli Media and Advertising Award for Gender Sensitivity, 2017, in the Features category for her story Widowed by tigers, abandoned by the state, published on PARI on October 12, 2017.

12. South Asian Short Film Festival, Kolkata, 2018
15 of PARI’s video films were selected for SASFF-2018: 13 films in the Competition Documentary category and 2 in the Official Panorama category. (The films are listed below.)

9. Sri Murugamath, Vhitradurga, Karnataka, 2017
The Basavashree Award for “service rendered through the People’s Archive of Rural India to the rural folk in the way of a Journalism Movement.”

7. C-Shell Media and Literary Awards, Dubai, 2017
C-Shell Journalism Prize, for “extraordinary and in-depth reporting of rural India and the unique achievement that is PARI.”

3. National Film Awards, Government of India, New Delgi, 2016
PARI Fellows Nidhi Kamath and Keya Vaswani received the Silver Lotus (Rajat Kamal) for the Best Promotional Film at the 63rd National Film Awards 2016 for their film Weaves of Maheshwar, published on PARI on May 2, 2016

Special Mention: In April 2020, the United States Library of Congress informed us that they had selected the PARI website for inclusion in their web archives: “We consider your website to be an important part of this collection and the historical record.”