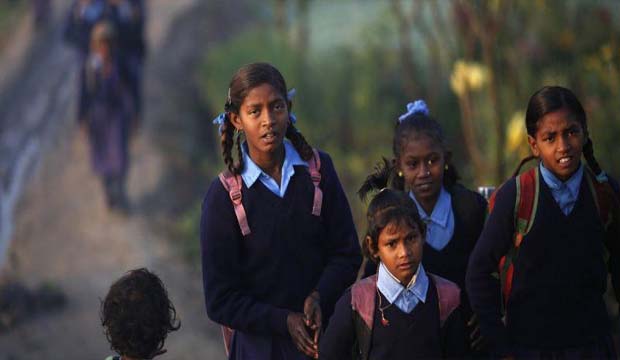 Adolescent girls, who had gotten educated, now face a bleak future, as the unemployment rate has risen even further after the pandemic.

India has one of the world’s lowest women’s work participation rates (almost comparable to that found in Arab countries). The Periodic Labour Force Survey 2019-20 showed a remarkable reversal in this female workforce participation rate in India. However, what it also showed is that this increase in women’s participation was due to increases in their work as ‘unpaid family labour’, which, as the official names suggests, among the disempowering forms of work.

India is a young society, not yet an ageing one (though will become one by 2040). Adolescents in India, defined as those between ages 14 and 18, are a growing demographic – one who constitute the very demographic dividend, that can be a great asset for India. But do government policy makers give them the attention they deserve, although they constitute, quite literally, the very dividend emanating from India being a young society? Not quite.

Here we substantiate the argument. This segment of youth has gotten much better educated than a previous generation of adolescents born earlier. In the last two decades of the 20th century, adolescents would normally drop out before completing eight years of elementary education. It was only in 2007, just before the Right to Education Act (RTE Act) was passed in  2008, that India achieved Net Enrolment Rate of 97% at primary level (classes 1-5) for 6 to 11 year olds.  Thereafter, it was normal for all enrolled children age 11 to complete eight years of schooling, until they hit age 14 – which was the age group that RTE was targeting (6-14 years).

Gross enrolment ratio for 15-16 year olds, who should be in secondary classes 9-10, was still only 58% of that age cohort in 2010. However, the rapid expansion of secondary schools under the Madhyamik Shiksha Abhiyaan of the UPA government, led to secondary enrolment jumping in a mere five years to 85% in 2015. That was a remarkable achievement, especially because it happened with gender parity. In other words, there were as many girls in secondary schools as there were boys. A major reason this was achieved  was government policy. Following the Bihar government’s initiative to provide a scholarship for a bicycle to girls completing 8 years of school who continued into secondary school, almost all other states of India followed suit. Even if children were not learning a lot, at least they were in school.

This near universalisation of secondary education, with gender parity, was a pathbreaking achievement for India, and its adolescent girls especially. This is because at India’s level of per capita income, there are hardly any countries that have achieved gender parity at secondary level. But there were other reasons this was pathbreaking. India is characterised by an extremely high gender discrimination through the life cycle of girls and women, which shows up in the skewed sex ratio in India’s population between men and women.

Biologically, women are supposed to live longer than men; so their numbers in the population should exceed those of men by a significant margin. However, in India what happens due to the gender discrimination over the life cycle, is that there are fewer women in India than men, by a very large margin. This adverse margin for women is among the worst in the world. One reflection of this discrimination is that girls and women in India historically have had very low levels of education and literacy, much worse than for men. This is still true for adult women, but now increasingly less and less true for adolescent and older young girls.

This poor education has had serious consequences for girls, and the larger society. One of these is that  they have remained stuck in agriculture, as so often happens in low income societies. However, since 2007 India is no more a low income country (by the World Bank classification), but a low-middle income country. Yet India, one of the  fastest growing large economies of the world has not managed to create enough non-farm jobs that would absorb its growing better educated adolescents or older youth, boys or girls.

Educated girls no more grow up believing or presuming, unlike their poorly educated mothers, that they will work on the family farm. Their education means there is an aspiration that they will get, like their brothers, a non-farm job in a city. And why not? Unfortunately, however, that is not way life has turned out for most of them. Why?

Women’s lives have been tied to the home in our patriarchal society. This is especially true in the north and east  of the country, much less so in the southern and western states (or in the north-eastern states). Working outside the home is not the norm.

However, the girls today have very different aspirations from their mothers of a generation ago, for many reasons. Their mothers have been losing work in agriculture, with mechanisation of agriculture (though COVID-19 has reversed that, with women rejoining agriculture). This is one reason why the female labour force participation rate, already among the lowest in the world , is still falling. If their mothers have less and less work in agriculture, then the educated boys and girls, rightly, do not aspire to it in any case. Second, the educated girls (and boys)  do not wish to do the kind of off-farm work that their poorly educated mothers do: many adult women form self-help groups and perform non-farm economic activities to earn a living. Or they roll bidis, or agarbattis, or do zari-zardoshi embroidery work or chikan work – which provide low levels of home-based livelihoods for both men and women with limited education.

However, did they really want to get married? A Nandi Foundation survey of 13-19 year teenagers in 2018, covering 20 states and 70 000 girls, asked them the question: at what age do you wish to marry?  The answer: 25% of them said between the ages of 18-20, and 51% said between the ages of 20-25. That implies that their education has given them an aspiration beyond getting married – a revolution of rising expectations.

Unfortunately, however, even before COVID-19, mismanagement of the economy had raised open unemployment rates among youth (15-29 year olds) from 6% in 2012 to 18% in 2019. The more educated you are, the higher the unemployment rate.

Thus, the adolescent girls, who had gotten educated now face a bleak future, as the unemployment rate has risen even further after the pandemic, affecting both boys and girls. The hopes and aspirations of adolescent boys and girls are being dashed to the ground.

Why disinfectant must not be sprayed on humans

In Mumbai, the Fundamental Right to Show Dissent Has Been Violated...

Network of Women in Media Express Solidarity With Survivor in Tarun...