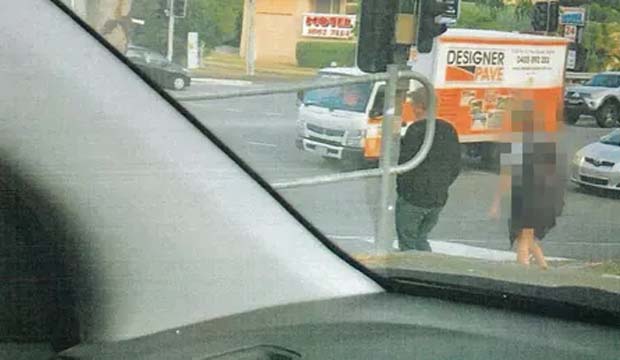 The affidavit of the investigator – who was instructed by lawyers representing Adani in its civil case against activist Ben Pennings – also revealed he surveilled Pennings’ wife, trawled her Facebook page and followed her to work.

Guardian Australia can reveal documents detailing the surveillance of Pennings and his family were tendered to the Queensland supreme court in a recent “Anton Piller” case, in which Adani had sought permission to conduct an unannounced search of the activist’s family home.

The Queensland supreme court and court of appeal both rejected the move, saying the search could result in “humiliation and family distress”.

An email from the law firm representing Adani against Pennings, Dowd and Co, instructed a private investigator, Garry Andrew Sweet, to conduct surveillance for “the consideration of vulnerable persons … at the time of execution of any search warrant”.

“Please can you undertake surveillance at the … address to confirm, if possible, who is at the address, including information as to Ben Pennings, his spouse and children, namely their names and ages if possible.”

Sweet’s affidavit also says he told a colleague that his investigation of Pennings was “one of our Adani jobs”.

Adani would not confirm whether it has ordered the surveillance of other people, or for what purpose.

The surveillance of Pennings’ family occurred in May.

“I saw Mr Pennings depart the … address in the company of a child,” the affidavit says.

“I was able to observe Mr Pennings at close quarters when he walked directly in front of the vehicle in which I was sitting. I followed Mr Pennings in my vehicle and saw him … leave the child at … school.”

Photographs of the encounter show Pennings walking with his daughter.

“I followed the vehicle to [a nearby business]. I saw [Pennings’ wife] walk inside the premises at this location.”

Attachments to the affidavit include photographs of Pennings, his wife and children, obtained from her Facebook account.

Pennings’ wife, Rachel, said it was “creepy and unsettling not knowing if Adani will follow me and my child again, whether they will try to raid our home again”.

“I’ve never ever been to a Stop Adani protest but they still decided to intimidate me. It’s not right and it shouldn’t be legal.”

Pennings said: “This is Adani all over. This is what Labor and the LNP actively support. Politicians would go berserk if anyone followed the partner and kids of a mining executive. Adani takes photographs of my daughter walking to primary school but unless anything changes this election Labor and the LNP will still allow them to operate in Queensland.

“Queensland Labor has had plenty of opportunity to stand up against Adani’s intimidation of scientists and concerned citizens. It’s absolutely appalling they’ve given Adani a royalty holiday instead.”

Adani said in a statement its case against Pennings was to “safeguard and protect our legal rights as well as those of our employees and contractors”.

“We have legally collected information through various means in support of our civil legal proceedings against Mr Pennings,” the statement said.

“We are unapologetic for exercising our legal rights and we will continue to use all legal means available to us to protect ourselves, our employees and contractors from individuals or groups who act unlawfully.”

The mining company building the controversial Carmichael coalmine is suing Pennings, from the group Galilee Blockade, for conspiracy, intimidation and breach of confidence.

Adani alleges Pennings “orchestrated a sustained campaign” against the Carmichael project, in which he solicited confidential information about the construction process and used it to harass contractors.

Employees allege companies are forcing them to resign, leaving no trace...

The Post-Hathras Conundrum: Striving for a National Dalit-Bahujan Agenda