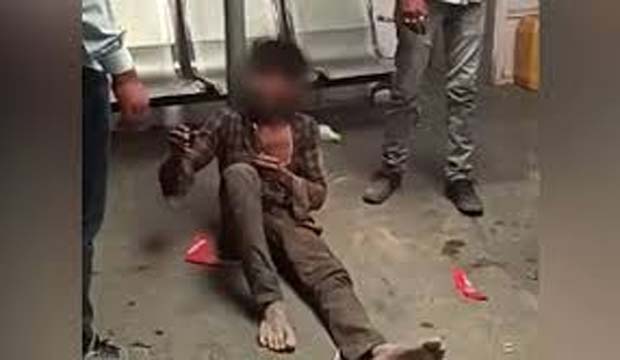 2 Dalit Brothers, Accused Of Theft, Stripped And Tortured In Rajasthan

The assault of one of the Dalit brothers was caught on camera.

Jaipur: Two Dalit brothers, accused of theft, were beaten up and tortured allegedly by staff at a petrol station in Rajasthan on Sunday, police said.

A disturbing video of the assault has emerged that shows several men beating up one of them at the petrol station at a village in Nagaur, about 230 km from Jaipur. The 24-year-old had gone to the filling station with his cousin, who is also in his early twenties.

In the clip, some men are seen stripping him, violating him with a screw driver. They allegedly poured petrol on his genitals.

A first information report was filed on Wednesday after the two brothers approached the cops.

“The two men, accused of theft on Sunday, were brutally thrashed by the employees. The assault was recorded on camera and the video went viral. They filed a police complaint on Wednesday,” senior police officer Rajpal Singh said.

Five men have been reportedly detained. Further probe is on, police said.

The Contours of India’s Post-Truth State

Failing to perform as a constitutional court