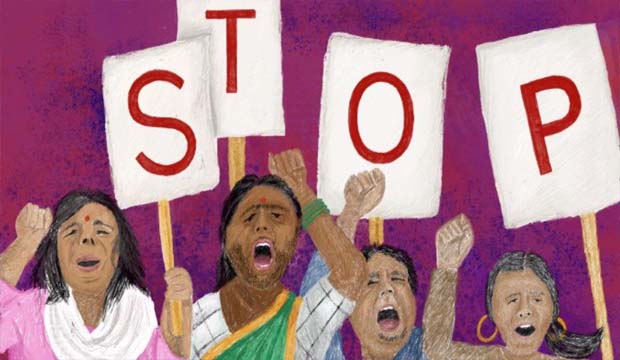 An article published on October 25 claimed that girls aged between 8 to 18 are auctioned to settle disputes, particularly involving financial transactions.

The National Human Rights Commission on Thursday issued a notice to the Rajasthan government after a media report claimed that girls are being auctioned in the state on stamp papers.

A report published in Hindi daily Dainik Bhaskar on Ocotber 25 had alleged that girls aged between 8 to 18 are auctioned to settle disputes in the state, particularly involving financial transactions or loans.

“If not, their mothers are raped on the diktat of caste panchayats for the settlement,” the report claimed. “These girls are sent to Uttar Pradesh, Madhya Pradesh, Mumbai, Delhi and even foreign countries.” 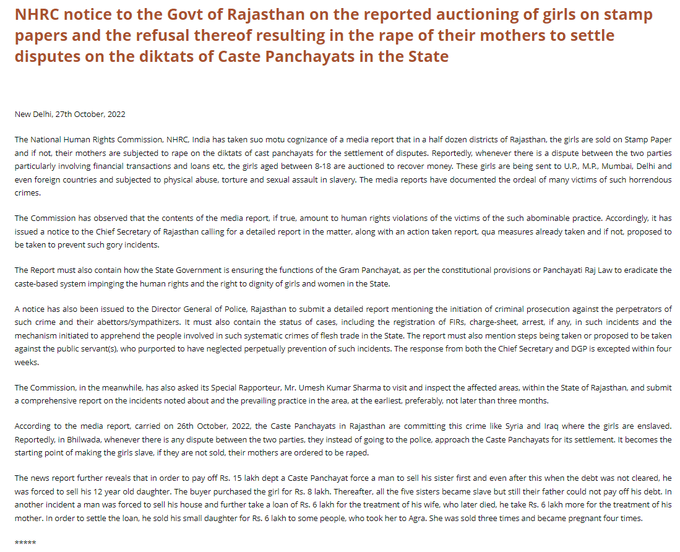 NHRC (National Human Rights Commission) issued a notice to Rajasthan govt on reports that girls, aged b/w 8-18, in half a dozen districts of Rajasthan are sold on Stamp Paper, & if not, their mothers are subjected to rape on diktats of caste panchayats for settlement of disputes.

The newspaper claimed that the practice came to light after its team visited Bhilwada, located around 340 kilometres from Jaipur. The report cited a case of a man who allegedly sold his sister and four daughters to repay a loan of Rs 15 lakh.

In its notice, the National Human Rights Commission directed the chief secretary of the Rajasthan government to submit a detailed report in the matter, along with an action taken report within four weeks.

“The report must also contain how the state government is ensuring the functions of the gram panchayat, as per the constitutional provisions or Panchayati Raj Law to eradicate the caste-based system impinging the human rights and the right to dignity of girls and women in the state,” it said.

A notice has also been issued to the Director General of Police in Rajasthan to provide detail of police action against perpetrators and abettors of such crime.

In UP, Rape Survivors Struggle to Get Police to Register FIRs,...