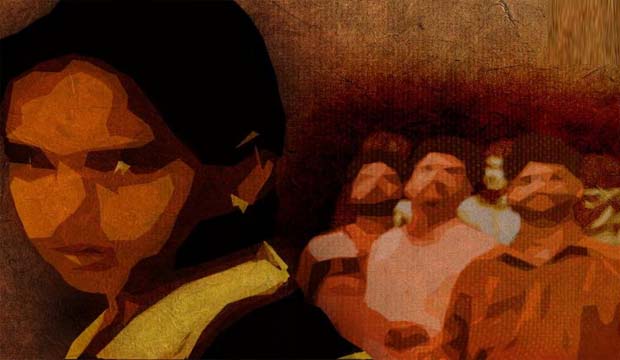 While the opposition leaders have alleged that the police tried to cover up the crime, police officials said there was a delay in registering the case as the girl’s family members did not file a complaint.

A minor girl from a Scheduled Caste community was gang-raped by four young men and was impregnated by them in Andhra Pradesh’s Kadapa district. Four suspects have been taken into custody by the Kadapa police over the incident. The minor was reportedly making a living by begging near a place of worship in Proddatur town. A youth, along with his friends, had sexually assaulted the girl over the past few months. The incident came to light after she became pregnant.

According to The Hindu, the girl was noticed while walking on the streets by a rural women’s police personnel (Grama Mahila Samrakshana Karyadarsi) and was shifted by the police to a shelter home. Later, a video of the girl talking about the sexual assault incidents surfaced online.

There have been allegations by the opposition Telugu Desam Party (TDP) that the local police tried to cover up the crime by not registering a case against the accused. However, Kadapa District Superintendent of Police Anburajan on Thursday, May 12, denied that there was a delay in registering a case. He said the case was registered on Wednesday, May 11, and four suspects were detained. According to The Hindu, the SP said that while the case was registered before the girl’s video statement was circulated widely, the delay prior to that was because there had been no formal complaint from the girl’s family members.

“We tried to consult with them and take a complaint, but they didn’t give one. Her father was mentally upset, he couldn’t give a complaint either. Yesterday (Wednesday) morning, an ICDS (Integrated Child Development Services) official gave a complaint, an FIR was registered. Soon after the FIR, the video, which was found by outsiders, was examined, and four suspects have been taken into custody,” the SP told the media.

Additional SP Pujita also told the media that the Grama Mahila Samrakshana Karyadarsi (GMSK) had noticed the pregnant minor first on May 4 and informed a Circle Inspector, but the girl refused help from the GMSK and went away. Later on May 8, the GMSK found her again and took her to a police station, where the police officers sent her to a shelter home as she did not share details about her family or guardians. On May 9, police found her father and relatives but they refused to register a case, the Additional SP said. On May 11, based on a complaint from an ICDS official, a case was registered, she added.

Police investigation revealed that the girl was gang-raped by two youth about six months ago. Two more youth sexually assaulted her four months ago. The SP said the girl was sent for medical examination. Additional SP Pujita has been sent to Prodattur to investigate the case. A case has been registered under relevant sections of the Protection of Children from Sexual Offences Act, and the Scheduled Caste and Scheduled Tribe (Prevention of Atrocities) Act.

Meanwhile, TDP General Secretary Nara Lokesh slammed the YSR Congress Party (YSRCP) government for alleged negligence in taking action in the incident which happened in Chief Minister YS Jagan Mohan Reddy’s native Kadapa district. Lokesh called it ‘inhuman’ on the part of the police to allegedly cover up the case. Instead of making efforts to nab the culprits, they made efforts to hush up the gang-rape, he alleged. The police shifted the girl to a private home in violation of the rules, he alleged.

The Panchayat in Hathras Is Still Trying to Replace the Constitution...