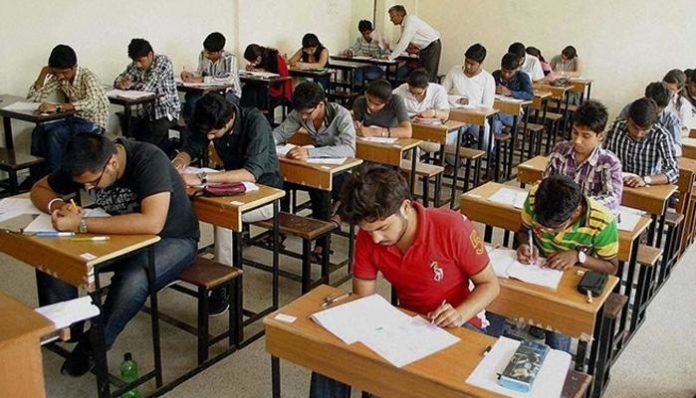 In Tamil Nadu, the cut-off marks was the lowest for the economically weaker sections of the upper caste. This led to significant outpouring of anger from SCs, STs and OBCs.

Soon after the results of the State Bank of India junior associate (SBI-JA) preliminary examination were announced on the night of July 23, examinees belonging to the Other Backward Classes (OBCs), Scheduled Tribes (STs) and the Scheduled Castes (SCs) in Tamil Nadu took to Twitter to express their outrage against the 10% quota for the economically weaker sections (EWS) among upper castes.

Announced in January, through a constitutional amendment by the Narendra Modi government, the 10% EWS quota had largely been thought of as a pre-election sop intended to sweep the upper caste electorate.

This is exactly how OBC and SC examinees now regard the eventuality of the EWS category enjoying the lowest cut-off marks in the SBI-JA examination, is conducted to recruit clerks.

The outrage against the low cut-off marks for EWS in Tamil Nadu prompted Dravida Munnetra Kazhagam leader and leader of opposition M.K. Stalin to demand the cancellation of the 10% quota for the EWS altogether.

“This is an attempt to take employment opportunities in Central government and central public service units beyond the reach of the already deprived and vulnerable candidates from backward, Scheduled Caste and Scheduled Tribe communities.

Party MP M.K. Kanimozhi told the Lok Sabha, “…This (the EWS quota) has usurped the opportunities of SCs and STs… It is a brutal form of social injustice…”

The fury against the cut-off marks for the EWS category has spread from Tamil Nadu to all those states where it was considerably lower than that of the general category or any or all of the reserved categories. Although the SBI-JA is an all-India examination, the cut-off marks for each category varies from state to state.

Table II shows that the cut-off marks for the EWS category is lower than that of the general, SC and OBC categories in Madhya Pradesh, too.

Tweets from examinees belonging to states other than Tamil Nadu reflect the extent of the outrage.

Journalist Prashant Kanojia’s tweet, however, does not capture the contradictory responses that the EWS quota has evoked.

Unlike in Tamil Nadu and Madhya Pradesh, it is the upper castes who are upset with the EWS quota in Uttar Pradesh. Their grouse is that the cut-off marks for the EWS and the general category are the same.

Indeed, how could the cut-off marks for the EWS category, which the upper castes dominate, plummet to 28.5% in Tamil Nadu?

This is where the factor of income deepens the reservation picture.

Table IV tabulates the annual per capita income for all social groups in Uttar Pradesh and Tamil Nadu.

Table IV clearly shows that Brahmins and other upper castes in Tamil Nadu are nearly twice as rich as OBCs and more than twice as rich as Dalits. Tamil Nadu’s Brahmins and other upper castes are also significantly wealthier than their counterparts in Uttar Pradesh. This provides us with a window into the logic behind the huge difference between the cut-off marks of the EWS category in Tamil Nadu and Uttar Pradesh.

Per capita income doesn’t provide a detailed picture of the community’s prosperity or poverty. However, a high average per capita income in a small group implies that its members are likely to be uniformly wealthier than larger groups with lower income levels.

This is indeed true of Tamil Nadu’s upper castes. As professor Jeyaranjan, the director of the Institute of Development Alternatives, said, “The percentage of Brahmins and upper castes in Tamil Nadu’s population hover around 10%.”

“Quite astonishingly then, the 10% EWS quota is for just 10% of Tami Nadu’s population.”

Given the system of selection of candidates, there are three possible explanations for the extremely low cut-off marks for EWS in Tamil Nadu.

One, the elite among the upper castes will not vie for clerical posts. They, therefore, will not take the SBI-JA examination.

Two, a certain percentage of upper caste examinees had an annual income beyond Rs 8 lakh, which is the threshold for acquiring EWS status. They probably took the SBI-JA examination because, unlike in the private sector, there is security of tenure in government jobs. They had no option but to compete in the general category.

Three, a percentage of those who applied as EWS competed in the general category. This is not surprising given the historical advantage the upper castes have had when it comes to access to quality education.

The system of determining cut-off marks in the SBI-JA examination also ends up revealing that other than the upper caste examinees who made it in the general category, the performance of EWS candidates was abysmal. This suggests that the upper caste candidates in the EWS category were poor and did not have access to quality education.

Taunted for decades that they lacked merit and yet secured jobs through reservation, the OBCs, SCs and STs are aghast that the notion of meritocracy should now be sacrificed to favour the upper castes.

They are also angry because the 10% EWS quota reduces the general category share to 40%. This implies that OBC, SC and ST examinees who could have competed in the general category have 10% fewer seats to vie for. They could still get through their respective reserved category, but this will be at the expense of their own caste brethren.

In other words, the subaltern groups perceive the 10% EWS quota as one that force-feeds the government employment system with upper-caste candidates, even over and above those who make it through the general category.

In Madhya Pradesh, OBC and SC examinees are angry because they had voted for the BJP in 2019 believing it to be a pro-Hindu party. With their cut-off marks higher than that of the EWS category, they have belatedly realised that the 10% quota has become an instrument of the upper castes to continue their domination of government jobs and retain their privileges.

It does demand a question as to why the cut-off marks for the EWS and general category are the same in Uttar Pradesh but not in Madhya Pradesh.

Moreover, Madhya Pradesh’s upper castes are wealthier than their counterparts in Uttar Pradesh. It is very likely that a sizeable percentage of them in Madhya Pradesh do not qualify for EWS status or do not sit in exams for such jobs.

This means the relatively poorer sections of Madhya Pradesh’s upper castes (not the poorest, due to the high ceiling limit) cleared the preliminary examination. The link between education and wealth could have relatively brought down the cut-off marks for the EWS category in Madhya Pradesh.

In Uttar Pradesh, Tamil Nadu and Madhya Pradesh, the OBCs and SCs lag far behind the upper castes in income. Yet, ironically, the Modi government invoked an economic criteria to grant reservation to the poor among the upper castes.

Until January, reservation was granted to groups deemed socially and educationally backward. Reservation is a tool aimed at overcoming backwardness that is structural and historical in nature. It is not a tool for alleviating poverty.

As P.S. Krishnan, who was the first-member secretary of the National Commission for Backward Classes, had told The Wire, “There will always be rich and poor people in a community. [A group could also witness downward mobility]. But that can’t become a determinant for declaring it socially backward.”

Should the EWS quota pass the test of judicial scrutiny, the BJP would have turned reservation into a poverty alleviation programme for the upper castes, an irony given that the OBCs, SCs, and STs lag far behind the upper castes even on economic criteria.

Victim and chronicler: How the migrant worker is redefining citizen journalism