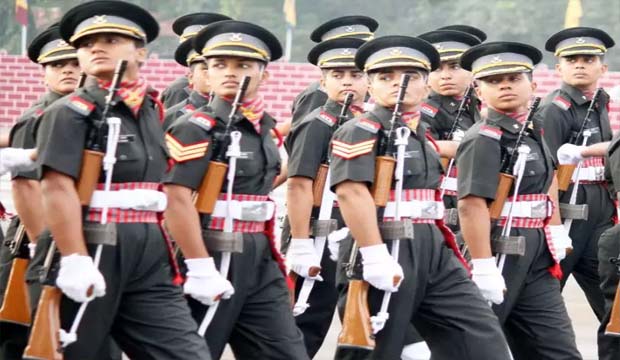 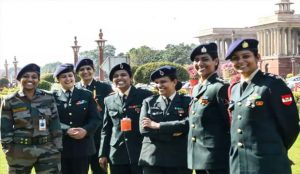 NEW DELHI: In a landmark decision, the Supreme Court on Thursday allowed the pleas of women Short Service Commission officers to be fairly evaluated for permanent commission and quashed application of fitness standards of a 35-year-old male officer to women now in the 45-50 age group. The bench noted that the structure of our society is created by males for males where talk of equality is a farce.

The women officers had first moved the Delhi high court in 2003 seeking permanent commission, which was allowed by the court in non-combat units in 2010. On February 17, 2020, the SC upheld the verdict and asked the Army to grant PC to women SSC officers. However, 86 women officers were back in the SC alleging arbitrary rejection by retrospective application of standards.

In a heart-warming, 137-page judgment studded with analysis of various kinds of discrimination faced by women, a bench of Justices D Y Chandrachud and M R Shah said, “The evaluation criteria set by the Army constituted systemic discrimination against the petitioners.”

The pattern of evaluation deployed by the Army to implement the decision in Babita Puniya (February 17, 2020) disproportionately affects women. Authoring the judgment, Justice Chandrachud said, “This disproportionate impact is attributable to the structural discrimination against women, by dint of which the facially neutral criteria of selective ACR evaluation and fulfilling the medical criteria to be in Shape-1 at a belated stage to secure PC disproportionately impacts them vis-a-vis their male counterparts.

The Supreme Court’s decision is a milestone in the nation’s larger quest for gender equality. Women’s inclusion in the Army isn’t about tokenism; it is something that needs to be carried out in letter and spirit. The judgment must be celebrated by every progressive Indian.

“The pattern of evaluation, by excluding subsequent achievements of the petitioners, and failing to account for the inherent patterns of discrimination that were produced as a consequence of casual grading and skewed incentive structures, has resulted in indirect and systemic discrimination. This discrimination has caused an economic and psychological harm and an affront to their dignity.”

The SC said it would be in the spirit of true equality to apply the fitness standards of male counterparts to women SSC officers in the same age group and not make women officers who are in their 20th year of service to show fitness akin to the 10th year of service in the Army. The SC said even in selection level posts for male Army officers, the fitness levels are much relaxed.

“Accordingly, the Army authorities must remove the requirement of benchmarking women Short Service Commission officers (WSSCOs) with the last male officer who had received PC in their corresponding batches and all WSSCOs meeting the 60% cutoff must be granted PC. Additionally, the calculation of the cutoff at 60%, which must by Army orders and instructions be reviewed every two years, must be re-assessed to determine if the casual completion of their ACRs is disproportionately impacting the WSSCOs ability to qualify for PC even at that threshold,” the SC said.

“In light of the systemic discrimination that women have faced in the Army over a period of time, to call for the adoption of a pattern of evaluation that accounts and compensates for this harsh reality is not to ask for ‘special and unjustified treatment’. Rather, it is the only pathway for the attainment of substantive equality. To adopt a symmetrical concept of equality is to empty the anti-discrimination guarantee under Article 15 of all meaning,” Justice Chandrachud said.

The SC said WSSCOs who have been excluded on medical grounds in November 2020 have a legitimate grievance that whether they fulfilled the Shape-1 criteria has to be determined from their medical status on the date when they were entitled to be considered, following the decision of the Delhi HC in 2010.

“Some of them who fulfilled the criterion at the material time are entitled to PC and can continue in service so long as they continue to meet the medical standards prescribed for continuance in the Army,” the bench said. Blaming the Army for the simmering controversy over grant of PC to women officers, the SC said it arose only because of the Army not having implemented its decision in time, despite the course correction prescribed by the Delhi HC in 2010.

Provide data on the education of Muslims

Coronavirus: Mumbai’s BMC did not report over 400 deaths, say reports

140 air purifiers bought for Central govt offices between 2014 and...

Law against ‘Love Jihad’ or controlling our ‘individuality’