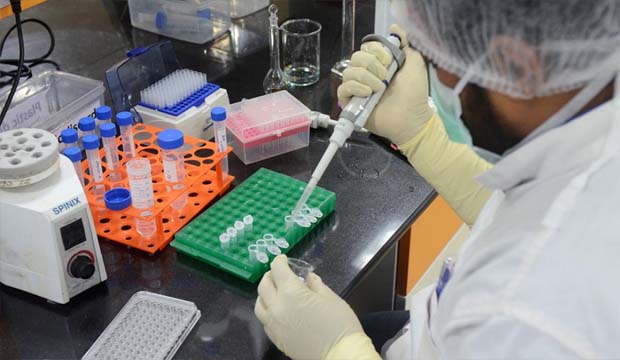 Could a scientist exercise their freedom to choose the destiny of their innovations for the social goal of savings lives around the world, irrespective of people’s circumstances?

Scientific discoveries or inventions are necessary, but not sufficient, to achieve their desired social goals in the absence of wider scientific temperament of the citizenry and adequate finance for their universal distribution. For example, the development of the Covid-19 vaccine in record time has generated hope for controlling the pandemic, decreasing mortality rates, and restoring socio-economic stability. While the timely development of Covid-19 vaccine has undeniably fulfilled its scientific endeavour, the absence of vaccine hesitancy – for at least a critical share of people – coupled with the majority of the population and countries having affordable access to the vaccine would be required as the sufficient conditions for attaining the social value of this scientific breakthrough.

The philosophy of scientific inventions would remain incomplete without extending its social values of abolishing ignorance, alleviating preventable sufferings, promoting justice, and finally contributing to a society where people can live the lives they have reason to value without deprivations. The purpose of science cannot be just to create new inventions; it is also to ensure promotion of freedom within society. Therefore, celebration of scientific discoveries confined only inside the laboratory would be insufficient to achieve social goals, for which the scientific community has to step out beyond the laboratory with social sensitivity and political responsibility. The Pugwash Conference on Science and World Affairs in the 1950s, which aimed at saving humanity from the threats of nuclear weapons, is an ideal example from history where scientists have discharged their socio-political responsibility by dint of being the authority of specialised knowledge in nuclear physics.

The scientific community holds the authoritative power of scientific knowhow on discoveries and inventions. The point is, can the scientists leverage their authority of knowledge beyond their laboratory? Could a scientist exercise their freedom to choose the destiny of their innovations for the social goal of savings lives around the world, irrespective of people’s circumstances? Most fundamentally, can the scientific community leverage their power of knowledge to triumph universal values over the dictates of the market? The unfortunate truth is that the scientific communities themselves do not have much freedom to make a choice over the field of research, control over their intellectual labour, and leverage over economic and political decision making.

This is not the first time that we are witnessing such a dilemma regarding important lifesaving scientific inventions not culminating to their humane, social, and universal goals. There are patented lifesaving drugs and technologies unaffordable to the impoverished, needy people. Consider also the case of the invention of insulin; despite not being patented by its discoverers (Banting and Best), it is exorbitantly expensive, and thus, catastrophic to poorer families having a diabetic patient. Therefore, it is of no surprise that even after the timely invention of the Covid-19 vaccine, such valuable scientific contributions can well remain unaffordable and inaccessible to a significant section of the society, particularly those belonging to poor households and underdeveloped countries.

Marketisation of science has systematically delinked social goals and universal values from scientific endeavours. The neoliberal political economy has distorted the goal of scientific pursuit indexed through the statistics of commercial patents over their contribution to human values. Sustaining corporate profits and building a monopoly power through patents are the dominant and inescapable priorities to which scientists have been subjugated without much choice over their scientific scholarships and social decisions. Make no mistake, it is not to blame the victims, but to accept the unfortunate reality of our time. Notwithstanding, an apolitical – sometimes anti-political – scientific community is insidious for democracy and pernicious for its own priorities and social values.

There has been a record surge in mental health cases of scientific researchers due to tenure insecurity, the pressure to publish or perish, long working hours, relatively low wages, non-equilibrium in work-life balance and workplace discrimination–much of which are determined outside the laboratory but accepted willy-nilly as the norms of scientific culture. This is a reflection of a colossal failure of the scientific community in defining the purpose of scientific pursuit and passion around this noble profession. Careful analysis of such problems will lead us to the source which is nothing but the power of a market-driven political system with the single goal of profit over people.

Science cannot be immune to social and political changes, nor can it afford to sacrifice its universal values under the whims and dictates of the market. Budgetary cuts in scientific research are the unsurprising outcomes of the neo-liberal political system, under which the governments defend them under the guise of financial austerity. How many governments consulted with the scientific communities who pursue science for humanity over profits? Increasing protectionism combined with discriminatory immigration laws are political developments, but they are afflicting scientific research and its universal spread.

Thus, can the scientific community exonerate itself from the deprivations of its discoveries to the people, given “scientific thought and its creation is the common and shared heritage of mankind?” Will it hurt science if scientific communities speak out and take a stand against the market-led medical, technological and social deprivations? Moreover, can scientists afford not to be political for their own freedom? The best answer to such questions could be none other than Albert Einstein. Why did Einstein write an essay on “why socialism”, and later along with Russel write a manifesto? Why did Einstein take a stand on matters which were highly political in nature? And also why Anthony Fauci stood up and inhibit the anti-science propaganda disseminating from the highest political office in the US, which of course, is an exemplification of the remarkable and effective intervention the scientist can make. If the political system is determining the purpose of science, the scientific community must define the purpose of the political system.

No salary for months, scores of BSNL contract staff in Kerala...

Coronavirus Pandemic: How to Mitigate the Lockdown Impact on Vulnerable Populations