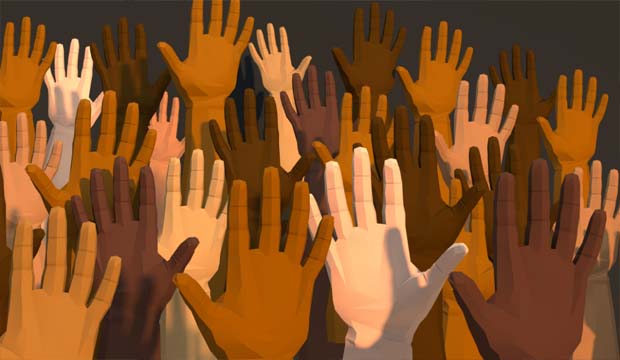 It’s back to 85-versus-15 and efforts to prepare a new national political alternative, but justice, political, social and economic, must not remain merely a slogan.

Mainstream media may label Dravida Munnetra Kazhagam leader and Tamil Nadu Chief Minister MK Stalin’s initiative for an All-India Federation for Social Justice as a political strategy, but in this era of fear and despair, the idea has sparked new hope among opposition parties in the country. Many parties are thinking of reviving the social justice plank and bringing it to the centre of national politics with renewed vigour. Stalin has said he plans to hold detailed discussions with opposition leaders to prepare such a roadmap.

An electorally weakened Congress party is seriously considering Stalin’s proposal as an opportunity for its revival. Congress leader Udit Raj has said Stalin’s idea is commendable and needs to be worked upon. He said economic justice is a part of social justice, which is embedded in the Constitution of India, but efforts are being made to weaken it. He said that while in power, the Congress implemented the most social justice schemes at the grassroots. It enacted laws such as MGNREGA, the right to food and education, and leases for tribals to access forested and agricultural land. Its governments ran scholarship schemes for students from weaker sections. He said that the more vulnerable sections of society, including the Dalits, backward classes, minorities and women, should get employment opportunities.

Indeed, only guaranteed social justice can save the country and its social fabric in the present circumstances. The Congress party’s Chhattisgarh in-charge PL Punia also said there is a serious threat to the Constitution under the current regime, which is at risk and constitutional institutions and democracy itself. Like-minded parties have to unite to save the country and society, he said, even if parties have to compromise a little with their interests, they should not hesitate.

In recently-held elections to five state Assemblies, including Uttar Pradesh, Bahujan Samaj Party (BSP) founder Kanshi Ram’s formula of “pachasi-pandrah” or 85-15 was bulldozed by the slogan of “assi-bees”. Parties like the Samajwadi Party and BSP could do nothing about it. Although it is not the first time the BJP has won—and it has lost several Assembly polls—since 2014, its vote share has remained constant, at around 39-40%.

However, the difference in the recently-concluded polls was that burning issues, including the high inflation rate, unemployment, poverty and farmers’ problems, dominated the electoral landscape. Despite this, the BJP has won all but one state, and it has left the entire Opposition, including the party that calls itself a flag-bearer of the Mandal movement, badly shaken. In particular, the disintegration of the BSP’s support base has added to the worries in the Opposition camp.

Leaders who raised the slogan of social justice are beginning to feel that they will achieve nothing unless they return to their original ideology with complete honesty. This shift can save democracy and secure their existence too. Keep in mind that many of these parties had distanced themselves from their original plank after coming to power. Some became part of the Bharatiya Janata Party (BJP)-led National Democratic Alliance. While parties such as the Rashtriya Janata Dal (RJD) and the Samajwadi Party distanced themselves from Hindutva, their base has also shrunk given the rise of Hindutva politics. It would be difficult for many regional outfits to win Assembly seats if the Yadav and Muslim communities went into the Hindutva fold.

In the recent Uttar Pradesh election, former chief minister Mayawati was busy attending caste conventions targeted to draw the Brahmins and other elite social groups towards her BSP. Akhilesh Yadav, also a former chief minister, tried to attract the Other Backward Classes (OBCs) to his party. They would have better spent their time trying to raise fundamental questions that concern the public—including the withering away of the social justice plank.

Far from making the protection of minorities an issue or raising the questions that haunt Dalits in the country, they did not even make the growing rate of poverty as crucial to the electoral debates as needed. For example, no one talked about the Dalit classes, which were most impacted during the Covid-19 lockdowns. Mayawati, on her part, kept cursing the Samajwadi Party and the Congress party instead of the ruling BJP.

However, now that Stalin has taken the issue of social justice forward, there is a fresh stirring in the Opposition camp. If Congress mobilises parties and leaders with a background in social justice politics, it will gain new strength. Then, parties like the Trinamool Congress and the Nationalist Congress Party (NCP) will have to think twice before striking verbal and political blows against it. Smaller parties and organisations hanging in the balance in different states will also join the Congress in such an adventure. Keep in mind that in the last Lok Sabha election, the Congress had promised the Nyaya scheme in its manifesto, which involved a Rs. 72,000 annual basic income for low-income and deprived families. It had even talked of making medical treatments a legal right. What was missing was a framework that would pitch it as a counter to the dominant politics of today.

Leaders belonging to the backward social groups such as Ashok Gehlot in Rajasthan and Bhupesh Baghel in Chhattisgarh were made chief ministers. A few months before the election in Punjab, Dalit leader Charanjit Singh Channi was also made chief minister. The Congress gave its Dalit and backward class leaders importance within the organisation, and whether it was the murder of tribals in Sonbhadra or the incidents in Hathras and Unnao, or the farmers crushed in Lakhimpur, Priyanka Gandhi fought in favour of victims. Her brother Rahul Gandhi also actively takes up farmers’ and peoples’ concerns. Despite this, the party sank in the elections. Now it is time to take lessons from this and other experiences and prepare a strategy afresh.

Preparing a broad coalition of social justice forces that present an attractive economic model—which promises to empower weaker sections—can help the Congress overcome some of its troubles. According to sources in the party, the ‘high command’ has entrusted the responsibility of holding talks with DMK leaders to senior leader Veerappa Moily.

On the other hand, Tejashwi Yadav of the RJD is also excited by Stalin’s initiative. Many other Opposition leaders believe the need of the hour is to bring social justice to the centre of national politics with complete honesty and ideological strength. For it to work, social justice must not be just a political slogan but a matter of securing the marginalised sections’ rights, security, and self-respect.

Due to rapid privatisation, lakhs of people are currently losing job opportunities. How will the Scheduled Caste and Scheduled Tribe or OBCs benefit from reservation when government departments have no jobs? Some 2.65 lakh posts are lying vacant in just the Railways, and more than 3 lakh people are working on a contractual basis. When will this recruitment take place? When will contractual employees get regularised? No one knows. On the other hand, less than a handful of industrialists have got complete freedom to exploit the country’s resources.

A few months ago, the World Inequality Report showed the gap between the rich and the poor in India had increased tremendously. Only 10% of India’s wealthy individuals possess 57% of the national income, while the bottom 50% of people own 13% of the income (2021). As economic inequality and poverty increase, decisions are being taken to cut the MGNREGA budget by Rs. 25,000 crores and reduce the fertiliser and petroleum subsidies.

Social justice is also about the safety and dignity of the weaker sections. Statistics of the government’s own National Crime Records Bureau show that instances of atrocities against Dalits are increasing continuously across the country. In 2018, 42,793 cases of atrocities against Dalits were registered, which grew to 50,251 in 2020. A few days ago, a Dalit youth was murdered in Pali, Rajasthan, because the killers did not like his moustache. News of Dalit grooms being stopped from sitting on a mare for the traditional wedding parade keeps on coming in. To treat all these problems, some Opposition parties have started trying to revive the slogan of social justice. It’s this or nothing if the Opposition is indeed keen to empower Indians socially and economically.

30 Years of Economic Reforms – A Saga of Growing Inequalities