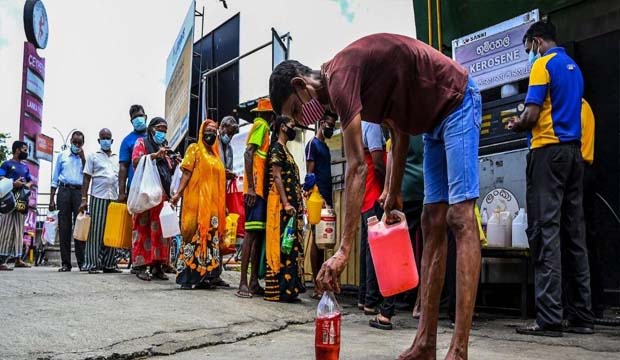 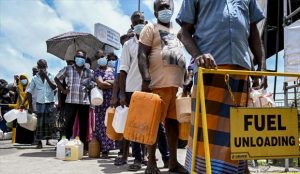 The crisis has roots in the post-Easter Sunday blast (April 2019) decline in the tourism sector, followed by two devastating COVID-19 waves which battered the economy.

Sri Lanka is undergoing one of its worst economic crises, further aggravated by the ongoing Russia-Ukraine war. The crisis has roots in the post-Easter Sunday blast (April 2019) decline in the tourism sector, followed by two devastating COVID-19 waves which battered the economy. Resultingly, the island country that depends on the imports a great deal “has been struggling to manage supplies.”

As per the economist R. Ramakumar, Sri Lanka’s economic growth has been on a downward trajectory since 2012 itself, but two recent events- the 2019 Easter bomb blasts and new President Gotabaye Rajapakse’s decision to slash VAT rates from 15% to 8% in December 2019- imparted a significant shock to the country’s economy. Following the blasts, the number of tourists to the country fell by 18%, causing a strain on the foreign exchange reserves.

These events were followed by the pandemic, where the tourism inflows declined even further; moreover, the tea and rubber exports also decreased due to lower demand. Agricultural production was impacted by Rajapkse’s ill-conceived foray into organic farming with a ban on chemical fertilizers and eventually led to food shortages with an even more urgent dependency on imports.

Due to this economic strain, many people are leaving Sri Lanka. Last week, more than a dozen people fled Sri Lanka for Tamil Nadu in India. Their stories highlight the gravity of the economic stress. Vani Susai, a 31-year-old school teacher, said that when she ran out of gas a few days ago, she had to spend hours arranging for a new cylinder. Her household expenses have increased from Sri Lankan Rs 30,000/month to Rs 83,000. She pointed out the shortage of essential household items like milk powder, rice, daal, etc.

Dr Samantha Kumara, a dental surgeon, said that her son, who studies in Australia, hasn’t been able to send money to him because all dollar accounts have been frozen. Another resident, Rahaman Thasleem, wonders if he could get asylum in either India or Dubai. He said that his family is forced to rely on firewood due to gas and fuel shortages. Similarly, Dilith Jayaweera, a Colombo-based businessman, said that his company is finding it challenging to import life-saving medicines, and his other businesses are severely impacted too. He blamed the ongoing crisis on PB Jayasundhara, Rajapaksa’s secretary.

United National Party leader former Prime Minister Ranil Wickremesinghe has warned that the crisis would last for at least five years. He blamed the crisis on the Rajapaksa government’s “reversal of economic policies,” which he believes “has shaken the confidence of investors.”