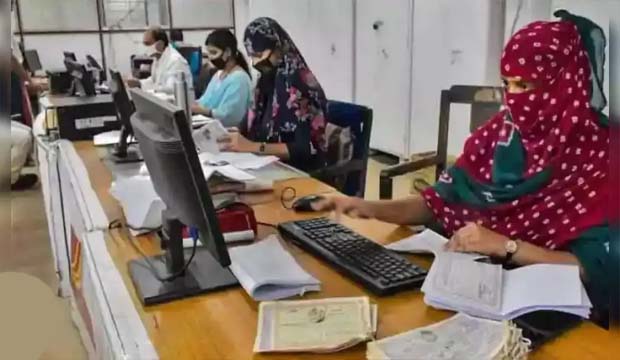 CHENNAI: The Tamil Nadu government has increased the quota for women in government jobs from 30% to 40%. Making the announcement in the state assembly on Monday, state finance and human resource management minister Palanivel Thiaga Rajan said gender equality would play a major role in ushering in change and the government would introduce necessary amendments to implement the increase in job quota for women.

According to the 2017-18 data provided by the department of employment and training, out of 8.8 lakh employees of the state government, state government undertakings and local bodies, 2.92 lakh were women. The percentage of women among government employees is 33%.

“The present trend is that women are doing much better in terms of numbers in government service. The quota system does not mean that it will directly translate into numbers,” a senior bureaucrat said on condition of anonymity. The officer pointed to the number of women competing in the general category as well to get into service on merit. From angawandi staff to workers at noon meal centres, teachers, assistants, section officers, chief engineers and additional secretaries, women hold various posts in government offices.

This is a positive step towards attaining gender parity. But the government must also be clear that job reservation is not a quick fix to attain social justice and gender equality. Obtaining real social equality is a more complex and difficult task. The state must ensure that women from disadvantaged social and economic segments are enabled through education and skilling to gain their due share of the benefits of such affirmative action.

Replying to the debate on demand for grants for the human resource management department, the minister said preference would be given to orphans, who had lost their parents to Covid-19, first generation graduates and Tamil-medium students in government schools while filling up vacancies in government posts.

“Due to the Covid-19 pandemic, the age limit for recruitment exams will be relaxed by two years as the exams were delayed,” Palanivel Thiaga Rajan said. The Tamil language paper would be made mandatory in exams conducted by recruitment agencies for all state government departments and undertakings to ensure 100% Tamil Nadu candidates are appointed to the vacancies.

The HR department would get software and experts for the directorate of vigilance and anti-corruption (DVAC) at a cost of Rs 1.1 crore to analyse online banking transactions. The state government would establish DVAC units in newly established districts, including Chengalpet, Kallakurichi, Mayiladuthurai, Ranipet, Tenkasi and Triupattur, at a cost of Rs 2.9 crore.

The state government plans to impart training to all government school teachers from primary schools to higher secondary schools at Anna Institute of Management. Along with the teachers, child protection officers, anganwadi workers, noon meal workers and welfare hostel wardens would be provided special training at a cost of Rs 2 crore. The government would conduct refresher training in time management for government employees who have crossed 53 years, as well as training in leadership qualities and maintaining good public relations.

Everything is not fine’: Nobel economist calls on globe to end...